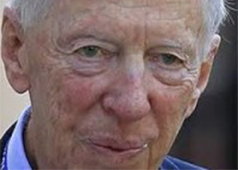 “We are united as Rothschilds but this does not prevent competition between us.”

“Growth? In Europe it will be slow and difficult.”

Jacob Rothschild, how do you manage to deal with so many different philanthropic organisations, with your own collection, with your art foundation and the one in Israel, and at the same time be a businessman?

“In fact, I commit a lot of time to all this, but these are things that interest me very much indeed and I never want to say no.”

As a young man, what did you want to do?

“At Oxford I studied to great benefit, and I could have stayed on and become a history professor. The philosopher Isaiah Berlin also encouraged me to consider if it would be best for me to remain at the University.”

And then, as opposed to all that, what actually happened?

“I was put under pressure to join the family bank, of which I was a minority shareholder, and I worked there for 20 years. My mother belonged to the Strachey family, all of whom occupied themselves solely with art and literature, and therefore she was part of the famous cultural circle known as the “Bloomsbury Set”. My father likewise was very taken up with the arts.”

But wasn’t there also a bit of mythology around the Rothschild name?

“Yes, certainly. When I left the bank, I had to make an enormous effort to create a new company of my own. Anyhow, it was proposed, again by the philosopher Berlin, that I should act as Chairman of the National Gallery in London: I was appointed by the government at the time when the new Sainsbury Wing was being built and I did that job for eight years. Then, for another five years, I became Chairman of the Heritage Lottery Fund, which donates large sums to support the arts and museums.” 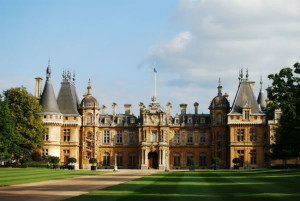 At a certain point you began to take care of Waddesdon Manor, a house which was donated to the National Trust by your family: a place visited by over 300,000 people a year.

” I was left with this responsibility when my cousin Dorothy Rothschild and I became very involved with all the related restoration.”

So do you now live at Waddesdon House?

“No, I live in another house nearby, but I am actively involved with managing it all. As well as the gardens and the great house itself, there are some 2,500 works of art of great value. And recently we have also purchased two wonderful paintings by Giovanni Paolo Panini from a noble French family.” 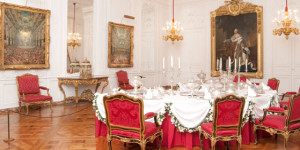 You have money available to make new acquisitions?

“Yes. We have a fund that allows us to buy works of art, and we are also the owners of the Chateau Lafite winery.”

Did you ever imagine that Lafite would become such an important business?

“Absolutely not: for 150 years, the company had never paid any dividends and it is only recently, thanks to the fact that the Chinese are buying hundreds of thousands of bottles, that it has it become a very big business.”

Is the Rothschild family very united?

“Let’s say that we are all very close, but also that we all compete with each other. For example, Chateau Lafite is a competitor of Chateau Mouton, which belongs to another branch of the family. And my cousin Benjamin’s banks compete with those of the French Rothschilds, and so it goes on.”

And are you not also competing with them?

“No, because I am independent. I work in a company, of which I am the largest shareholder, which is actually an investment fund.”

Do you find your investment work satisfying?

“Very much so, because I have had to manage the money for the family, but also for about 10,000 shareholders: I like to take care of them very well, and to treat their interests as my own.” 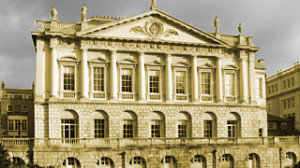 And how are you doing in these choppy waters?

“We have just acquired 38% of the Rockefeller business, one which is fairly similar to our own, which deals with “money management”. In many instances we work together with them.”

How does it seem to you that the world is going?

“Of course, austerity does not help, I think that in the next ten years there will be slow growth and that the real danger comes from political situations. I am thinking of China, the Middle East, America and also, of course, Europe. Which is perhaps the most complicated situation of all.”

And what’s going on in England?

“It is in an ambivalent position with Europe, with whom it has many contacts and business, and it is also ambivalent because it oscillates between Europe and the United States.”

“In things that are, in all honesty, very boring. The best thing you can do is to invest in large, established companies. And then every so often you look for opportunities in the world of Silicon Valley, where there are small companies that can represent outstanding opportunities.”

“I buy art all the time. I started my own collection many years ago.”

What do you think about the situation in Israel today?

“We are strong supporters of Israel, but not politically, as the foundation. We have worked a lot to help bring about the integration of the Arab-Palestinian population.”

What is the situation of Jews in England?

“It is excellent. We are active in many community related fields and are much loved and respected, although there is just a little bit of anti-Semitism that still exists.”

When you are not working what are your distractions?

“I love spending time with my eight grandchildren and my four children, with whom I do very simple things, like going to football games.” 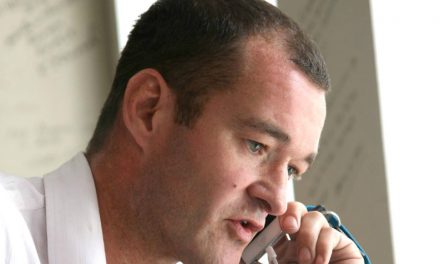