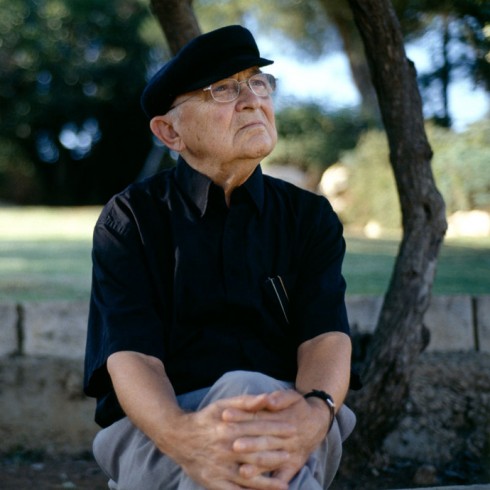 In great sadness we commemorate the inestimable Aharon Appelfeld, who has so sadly died aged 85. He was a personal lifetime friend, a great writer and a poet who has devoted his life through his many books to remember again and again the horror of the holocaust that he lived through as a child. We will miss his voice.

I meet Aharon Appelfeld, as I always do when I am in Jerusalem, at the Ticho House, the cafe where he goes twice a week to write longhand on a white sheet of paper with his biro pen.

I ask him what he is writing at the moment:-

I published, a few months ago, a children’s book that was rather successful. It is the story of two children living in the woods during the war. Now I am rewriting in Hebrew a book that I published many years ago in America. It is the story of a man who goes home after his liberation from the concentration camp. Going home he tries to understand what happened. His mother was crazy about Bach music and loved churches. His father was a quiet man, living in a small town, fighting against provinciality. But on his way back he meets a woman who loved his father before he married his mother…

How many books did you write?

Forty-two books, and somehow they are like one book. It is always my enlarged eye on my parents, my origin, my experience.

Your books were considered strange in Israel for many years.

If we put it in a mild way, they were considered anti Israelis because I did not speak about them. But now people are understanding that their real roots are in Europe; and the Sephardi Jews have their roots in the Orient. Therefore they are coming to my books. I receive many letters where they say, “Our parents were Holocaust survivors; they never spoke about it, we never asked them, they never told us. Now we understand what we have lost and your books became our family.”

Do you still believe that literature has some importance?

Yes, because literature is humanity. Through literature we touch the real things. The real physical things of human being.

The inner life of human beings. It is not the chronological thing that happened to you.

What about the importance of storytelling in fiction?

It is the deep dialogue with yourself and with your surroundings.

There is music in literature?

Yes, it is very important. I cannot imagine a good piece of fiction without musicality.

Is Hebrew a good language for musicality?

Yes, if you use the language in a proper way: choice of words, punctuation, rhythm.

Are you a slow writer?

I am checking and rechecking, several times, every page. I write for instance a page in the morning; at night I reread the same page, and in the following morning again; and all this before I print it.

By doing so don’t you lose the momentum of the plot?

No, because if you are running after the plot the text will remain poor. In other words the sentence and the paragraph should always remain autonomous. Every sentence should be important, as well as every paragraph. The plot is important but has no value without a rich text.

Which writer you will name as an example to explain this?

Kafka is a good example. There are many prominent writers that I like, such as Thomas Mann, Dostoyevsky, Tolstoy – but they are not in the same scale of Kafka.

First of all, seriousness. There are writers who are totally devoted to their work and Kafka is one of them. Dostoyevsky was devoted to two things: writing and gambling. Tolstoy in his late years wanted to become a religious preacher and that ruined his writing. Mann had a sceptical mind; with his rationality he could not reach the origin of the mystery.

Today do we still have totally devoted writers like Kafka?

I am close to Philip Roth, Malamud, Bellow. They were committed writers, but in a different scale.

What makes a great writer?

The capacity to understand human beings and to be close to them. Of course there is also talent. I don’t like, and never understood, pathological writers who hate Jews or all kinds of people.

Yes. He is a very interesting writer, more than interesting. But I am also amazed to see that writers like Dostoyevsky, who could understand the soul of a simple peasant as much as the soul of a degenerate aristocrat, when it comes to Jewish people for him all of them have a long nose and their pockets full of money.

Why do you consider Hemingway a great writer?

He was devoted to his weaknesses. I admire him because of his factual and dry style and he is never imposing on the reader. He understands himself.

And among Jewish writers, who do you admire?

What is the mission of a writer?

A writer should not think about a mission, he should be occupied with the sentences or the plot of the story he is writing – this is his mission. He should know that he is not going to change the world, and he should be modest.

But is fiction art?

Of course, in good hands. 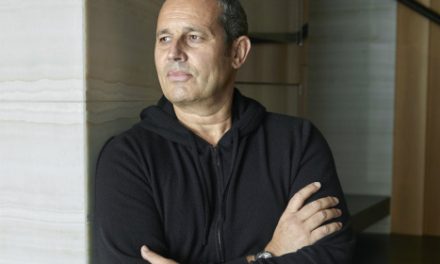 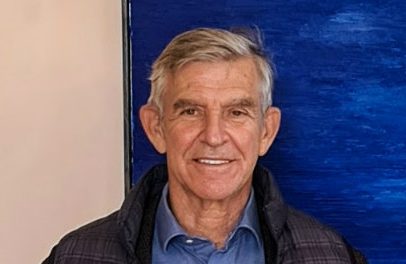