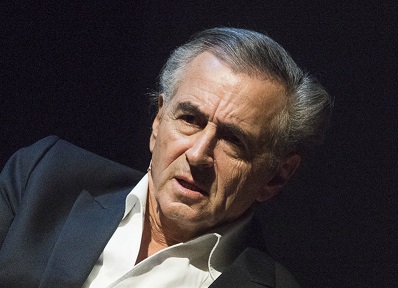 LAST EXIT BEFORE BREXIT. Bernard-Henri Lévy is a philosopher, journalist, activist and filmmaker.  For more than four decades, Lévy has been a strong moral voice of our times.  Active in Bangladesh at the age of 20 and later in Bosnia, Libya and Ukraine, he has a taste for what he calls “the great rage of things”.

In London on 4th June 2018 the Hexagon Society, an intellectual movement dedicated to the production of impactful cultural content to effect positive change, produced a performance by Bernard-Henri Lévy of his play ‘Last Exit Before Brexit’.

In the play a man due to deliver a speech about Europe experiences a severe case of spiritual and intellectual impotency at the very moment that he is expected to celebrate the majesty of the modern European project.  He feels devastated by the resurgence, all over the continent, of nationalism, populism and anti-Semitism.  The intellectual then expresses his alarm over the crisis that imperils the idea as well as the ideals of Europe.

What can a philosopher on stage influence?

In this case (that was the issue of Brexit) probably two things.  One: Give some additional weapons to those already convinced Brexit is a catastrophe.  Two: Shake the conviction of those who believe the opposite and introduce doubt into their mind and weaken their conviction.  This is what a philosopher can do in such a circumstance.  It’s not a lot, but it is something, I hope.

Was your one man play ‘Last Exit Before Brexit’ at the Cadogan Hall in London on June 4th a one off performance?

Yes. I am not a professional actor and I chose to do it this way as an odd performance, a single event, a sort of Warholian action; it was not meant to be repeated.

“We are in a situation of slow motion catastrophe.” Yes, there was a crew of five cameramen.  It might become something, we’ll see.  I would love to release that to Nick Knight’s SHOWStudio; in this case there will be a real furore.

Is it the beginning of a movement?

I am an intellectual not an activist, but if some grasp this event and take advantage of it to build something I would be more than happy and would have reached my intention.  I hope they will do – why not?

Is there a link between your new book ‘The Empire of the Five Kings’ and Brexit?

For sure.  My new book is about the intellectual and spiritual decline of America, and symmetrically the big push of five new imperialist powers: China, Russia, Turkey, Iran and the arab countries that support, or have supported, Jihad.  The conclusion of my book is that the only force which is able to resist this push of the five imperialisms and that is also able to occupy the void created by the retreat of America, the only power that can do this is Europe.  My last book is about salvation by Europe!

But Europe is very weak and in the hands of populists?

That’s what my play says.  The four main countries of Europe are corrupted by a huge tide of populism.  France because of the twins Jean-Luc Mélenchon and Marine Le Pen, Germany because of the new weakness of Mrs Merkel and the rise of the AfD, Italy with this red-brown alliance between the League and the 5 Star movement  and England with Brexit.  So, of course, Europe has never been weaker.  Europe is in a process of collapse and this play is a very small levee in front of this tide coming from everywhere in Europe.

They always accuse intellectuals of being passive?

I try not to be.  I know the cost of passivity from history in the previous generations of our fathers and grandfathers.  Passivity is always paid for with a very, very high cost, so I try to learn the lessons of the past.

But people don’t seem to learn?

“We are in danger of complete collapse of Europe.”

You think we are in real danger?

Of course, we are in danger of complete collapse of Europe.  If Europe collapses the worst forms of populism will prevail, racism and anti-Semitism will come back and misery will follow.  Same old story!

Is Putin responsible for this?

We are, ourselves, responsible for our own misery. As always. But, for sure, Putin is taking advantage of this situation.  He is puffing on the fire, pulling some of the strings, no doubt.  Never forget that Putin is engaged in a new imperialist adventure and one of his targets is to destabilise and weaken the West in general, and in particular Europe.  Putin today is not a normal partner – he is also an adversary of Europe.

What about the US?

The US is engaged in a crazy strategy.  They have to face strong enemies, those who I name The Five Kings.  They are powerful, terrifying enemies.  And what does Trump do?  He targets Europe and Canada with this new commercial war.  This means shooting a bullet in his own foot, the foot to America, and the foot of the West.  It is suicidal for America to make such a mistake when China, Russia, the New Ottoman Erdogan, Iran, and Sunni Jihad are in front of you.  How can you be irresponsible enough to direct your forces against your most ancient ally, that is Europe?  It’s completely crazy.

Brexit is crazy too?

Yes.  Brexit is suicide for the UK and EU.

He is doing his best.  He avoided France’s situation being like the Italian one today.  Without Macron we have a 5 Star Movement which is Mélenchon, and we have the League party which is Le Pen.  Macron interrupted their one-on-one encounter.  He did that, number one.  Number two, he raises as high as possible, considering the very bad climate, the flag of Europe.  He is the last great leader who definitely tries to avoid the collapse of Europe.

So where are we now?

We are in a situation of slow motion catastrophe.

China is the new big power?

And new danger also.  There are a lot of people who believe that China will never have some real imperial ambitions.  They grow this conviction from the past, and in the past it is true that the Chinese Empire had a tendency to restrain its own power.  At the time of the great empire of China their big vessels were forbidden to go further than Africa.  They had to turn back, by imperial law.  This is over!  China has become a very strong, greedy, imperial power, with no scruple, with no redemption, with no reserve.  China will do all that China can.  They will unfold the totality of their conquering potentialities.  So they are a real danger and I am not sure that the West wants to be aware of that.

So your battle against Brexit is real, and at the same time a metaphor?

No, it’s not a metaphor at all. There still is, thanks god, a big movement, all over the continent, to stop Brexit and rethink Europe. I am happy to contribute to that. “Something new, unpredictable and disruptive can happen at any moment.”

Is your book coming out in America?

Yes, the book will be published by Henry Holt next January.

What are you doing now?

I am going back to philosophy and will take a rest.

What is a philosopher today, in a world where technology prevails and humanities shrink?

One of the advantages of working on philosophy is that you don’t need technology for that.  To build a concept only needs a pen and a sheet of paper. And it may be much more useful than to build one of these junk internet start-ups.  The role for a philosopher today is the same as always.  To raise good questions, to break the bad replies, to shake prejudices and clichés and so on.  There are three conceptions of history which I personally refuse.  One, Hegel and his idea of inevitable progress.  Two, Spengler and his idea of fatal decline.  Three, Vico and his idea of eternal return.  I don’t buy any of these theories.  I think that something new, unpredictable and disruptive can happen at any moment.

Are you an optimist?

I am an optimist and I am a pessimist.  I believe in action.  Action always has some consequences.  They may be very small, nearly imperceptible, and they can be big.  You never know until you try.

You have tried all your life, with Kosovo and Libya?

There is nothing I did that I regret.  Therefore I keep on.

LAST EXIT BEFORE BREXIT was produced with the support of LA REGLE DU JEU and THE HEXAGON SOCIETY. 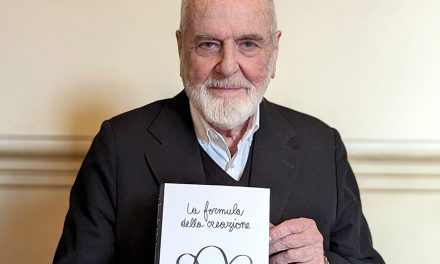 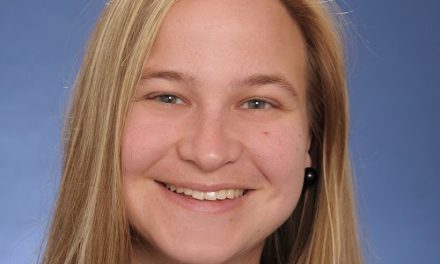