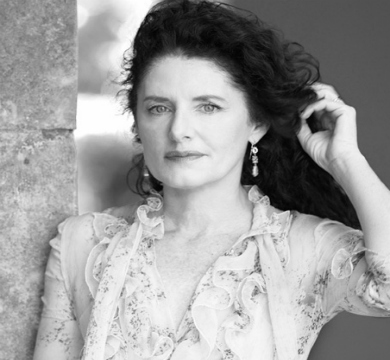 The designer Luisa Beccaria’s aesthetic and style has taken shape through beautiful dresses, often shown among art galleries and enchanted gardens. Her haute couture collections with lustrous fabrics and exceptional quality demonstrate her inspired creativity on the catwalks in Paris and Rome, and all around the world her clothes seduce highly influential women. Luisa works alongside her daughter, Lucilla Bonaccorsi, and together they create a continuous dialogue in which Mediterranean impressions from their beloved Sicily meet the heart rending concreteness of Milan. 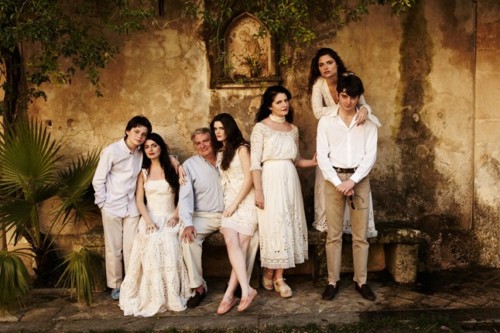 Luisa, you are from a very important historical Milanese family. You married a Sicilian prince, Lucio Bonaccorsi di Reburdone, have been married for 30 years and have 5 children. How do you find space for your fashion work?

I started designing when I was very very young. I was into aesthetics in general. Nature was one of my passions and I spent a lot of time in my childhood in a family country house in the north of Italy where my father had a farm. At the same time I always had a deep love for the south of Italy. When I was seven years old we made a tour of Italy and Sicily by car and during the trip I wrote a diary about the contrasts in nature and in the surroundings. I had this love for the south, including going to the south of Spain, to Capri and to Greece. As a young person I studied literature and thought I would become a scholar or university professor, but I was very attracted by designing clothes and when I was around 20 years old I showed them in Piero Fornasetti’s art gallery. When I asked him why he wanted to show my dresses, he said this girl has a lot of energy and a special taste. That’s why he wanted to make an exhibition of my dresses, and I must say it was really fun. Everything was sold in a few days and since then I did many exhibitions in other galleries or odd places, like for instance the Palazzo Sacchetti in Rome. 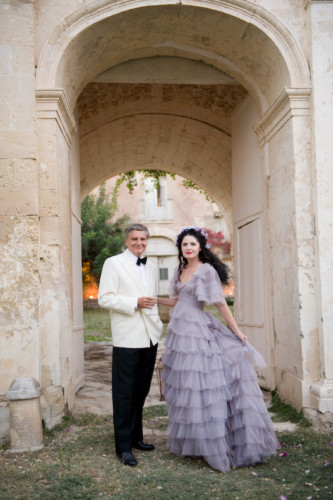 Luisa and Lucio Bonaccorsi, the ball in Castelluccio celebrating their 25th wedding anniversary

You restored the 17th century castle in Castelluccio in Sicily near Noto (Syracuse) that belonged to your husband’s family. Is this now your home?

It is very much home, even if I don’t live here all the time it occupies a certain room in my spirit. The fact that it exists and has been restored to a new life makes this place alive, more than anything else as an attitude, a dimension. 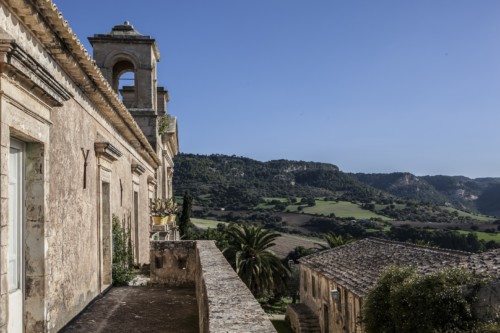 How did you learn to restore the very beautiful environment of Castellucio?

I have always followed my own vision but different people of great style have been important for me. One person who was really important to me was Teddy Middleton Drake. We had a strong friendship and he helped me very much at the beginning of the restoration. Sadly he died, it was a real loss for me. 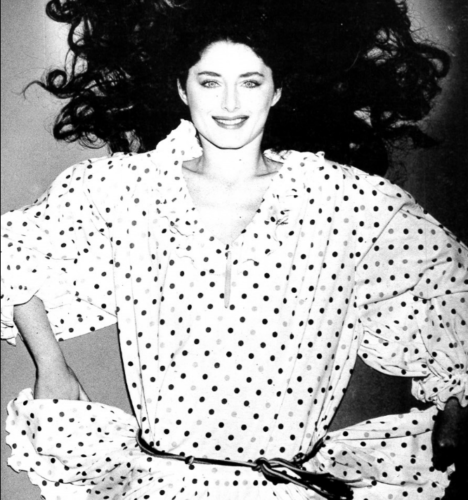 How did you start your haute couture venture? 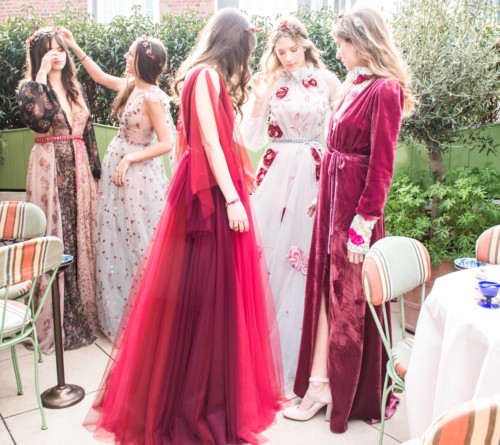 What is your style of fashion?

My fashion is very feminine, new romantic, fresh and sophisticated. Even if people at that time were dressed in simple black minimalist clothes my style had fans. I had my first child, Lucilla, and mainly the American market was very interested in my work. We received a certain success, but I didn’t develop it, I didn’t want to push for too much growth in the beginning. I was prudent and afraid of getting into trouble. I wanted some nice clothing to dress my children well and when my second daughter, Lucrezia, was born I opened a second store of children’s clothing. When Ludovico, my third child, arrived – we called our son Ludovico because every one of us has names like mine and my husband’s that start with L U, because my name is Luisa and my husband’s is Lucio – when Ludovico  arrived I received an invitation from Paris for haute couture. At that point I opened an atelier and I had been showing haute couture in Paris for three or four years regularly when Luna, my fourth child, arrived.  I couldn’t present my collection because she was born on the day of the haute couture show in Paris.  I had to justify my absence by writing a letter and I was allowed to jump a season. In the meanwhile I had other offers of positions with famous labels. 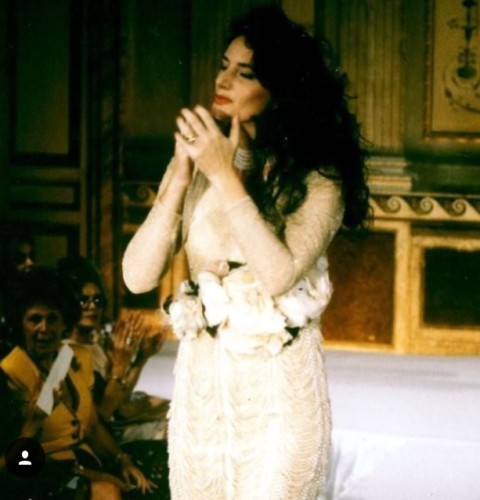 Luisa during her Couture Show in Paris, 1994

Were you offered the job of artistic director of Chloé?

Yes, and other things, and I realised that some things were moving around. My husband and I felt that we were ready to have distribution to other stores and to start to become more accessible to a larger public. I wanted keep the quality of haute couture but also make the clothes more accessible, to have a complete creative circle. 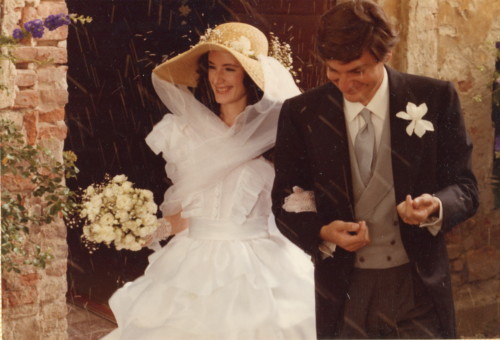 Did your husband help you in your work?

In the beginning he helped me to translate my creativity into something more profitable, but coming from his background as a gentleman farmer this business was too much of a change for his system of thinking. He encouraged me to develop from haute couture into something more accessible, prêt-à–couture or demi-couture, making a special order for a customer from a department store. At that point we started selling into the Middle East market, to Russia and to America, and we had royal families among our clients and we started dressing a lot of movie stars. 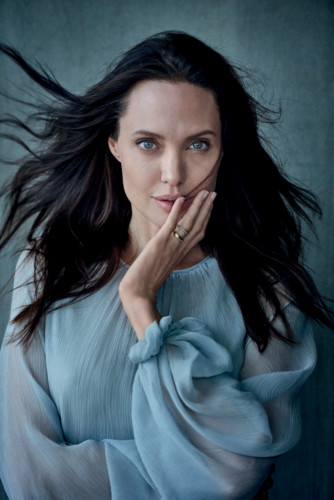 Which movie stars for instance?

From Nicole Kidman to Angelina Jolie, Halle Berry, Eva Green, many, and we also had several covers of magazines, for instance with Kate Winslet. They wanted to be unique by wearing our products, which had not been seen so much. 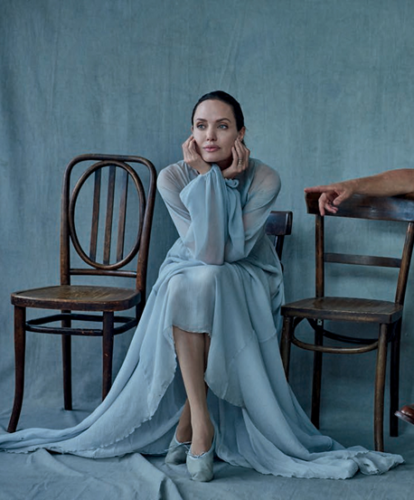 I can’t say that because I have never actually met her, but she did wear something of mine and also Queen Rania of Jordan did. 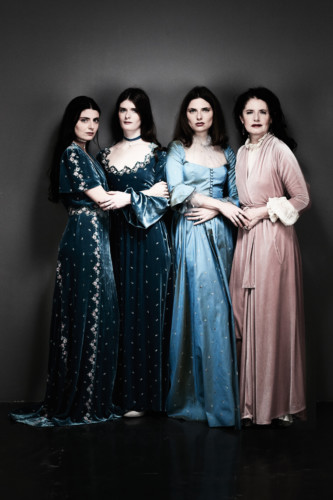 Can we say that each new child brought something?

Yes. When my fifth child Luchino arrived I thought that the older children could help to take care of the younger ones, and so, after being reticent to travel for many years because of the children, I started travelling a lot more, to London, to the United States and the Middle East, and this helped our work very much. 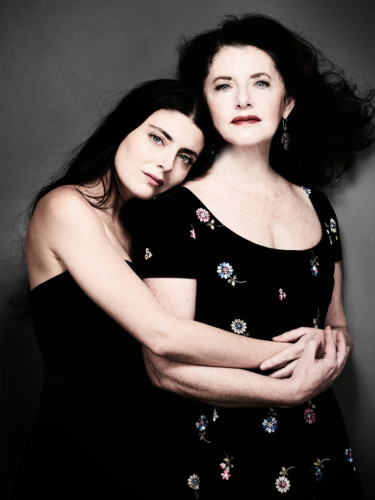 Does your daughter Lucilla work with you now?

Yes, she started by sitting next to me when she was a child and became more involved and looked at the way I was working. Somehow she used to be my muse, but now she truly works with me. Until now we are a family owned business, but we are considering having a partner. Our work is not just producing temporarily fashionable collections.  What we are recognised for is that we invented a certain incredibly recognisable style. Many other brands who did not do sophisticated clothing like ours are doing things today that are very similar to ours, whereas for many years we were quite different. Luckily all women can understand us now. 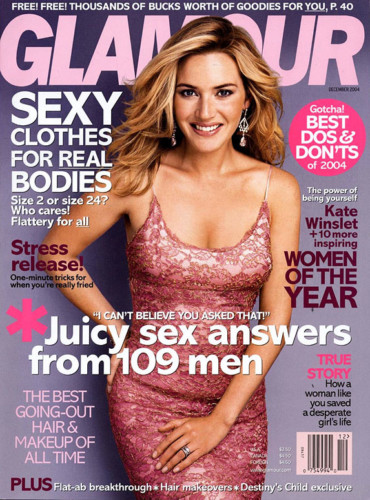 Is your clothing very expensive?

We kept it very high end, because we were not able to produce a lot and a certain level of price protected the business. Now we are considering a younger line with easier prices on pieces that have the most success. The world has changed a lot since we began, everything is quick on the internet. Our pieces are much easier to find and we are also online, because there are some very hot and cool websites like Moda Operandi which was started by Lauren Santo Domingo. You can make special orders online, where you access the entire collection and you can order from any place in the world. The same happens with Matches Fashion, for years the most exclusive boutique in London, and then they became a cult boutique website online. Each designer has their key looks of the season online. It is a very new way to sell, a new way of passing a message, because selling expensive pieces is not like selling sneakers. In order not to be only virtual we also have a large store in Brera area of Milan, with many different collections so you can touch and feel the real product. Our showroom is next door to the store and communicates with it. It used to be a garage where mechanics repaired cars and motorcycles, one of the very few industrial buildings in the centre of Milan. We also sell through stores worldwide and do previews of our collections around the world and by doing these shows we have met many famous women who became our clients. 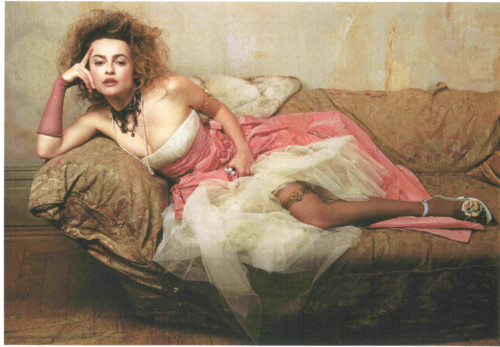 Has Melania Trump been one of your clients?

And J.Lo, and also Madonna is one of our clients. These women are beautiful but each is very different, one from the other. I believe that producing fashion is a way of creating and communicating a way of life. 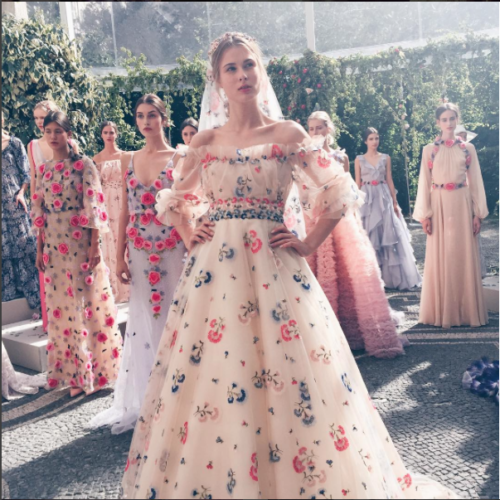 Which is your way of life?

It changes a little according to the changes of society, but there is always the same very strong poetical look.

Is it quite rare in the world of fashion to preserve family values, marriage and romantic style?

Right now the big corporations of luxury goods are in everybody’s mind and “lux” has only been available through big names and big corporations. But this has killed it, with the same products all over the world, so there is a new desire, even in countries like China, for something more niche. Lux is becoming more difficult to reach, which means that it is a good moment for us to take advantage with a wider range of products. My children are coming out with another theme of this lifestyle and besides Lucilla, who works with me as I said, two other children started a business with little food trucks where they sold very special Sicilian food products around Italy. They opened the LùBar in Milan, which is a bistro in the Villa Reale, the modern art museum in Via Palestro. 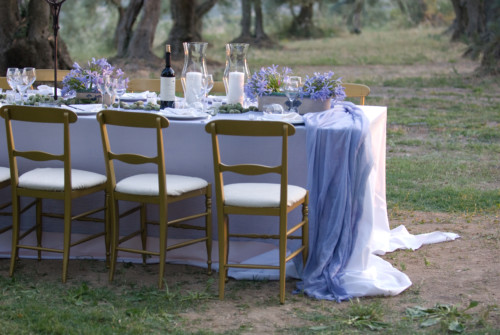 If I understand well, aesthetics guide your life, but do you feel part of the Milan fashion system?

Yes, after always being outside and doing the shows in Paris, little by little it became inevitable.

Do you think Milan is still a very important place for fashion?

Yes. Milan is stronger for product manufacturing, Paris is more about niche products, ideas and lux. Milan did very well in the world of creativity and it has recreated itself in a very interesting way. I have travelled all over the world, but I can say that the quality of the work in Milan, the level of professionality, is extremely high, and it is very good to collaborate with people there. 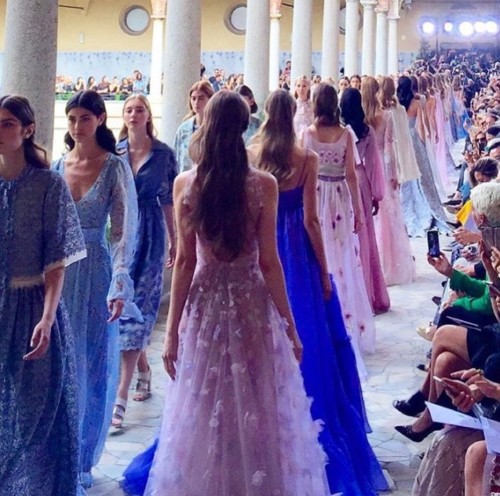 Is Paris still the centre of fashion?

Paris is always Paris, even if terrorism has terribly damaged travel to the city, and also because many wealthy people had to leave France for tax reasons, but people in the business from all over the world go to Paris Fashion Week.

How did you become Luisa Beccaria?

When I was a teenager I went to London a lot. London was really swinging then and there was a lot to see in the street that gave you energy. Now London has become much more financially oriented and demanding. 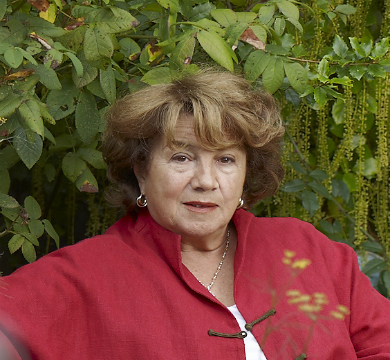 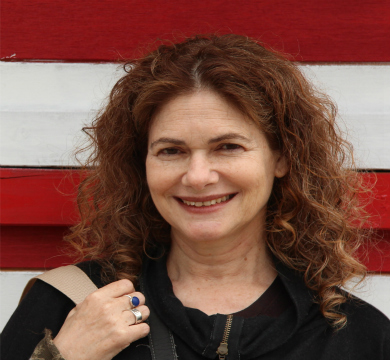 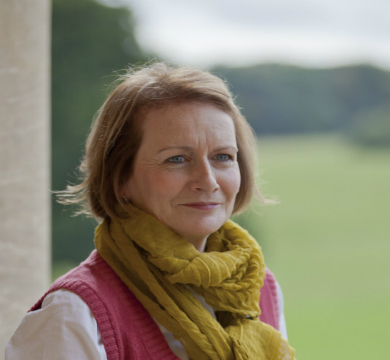