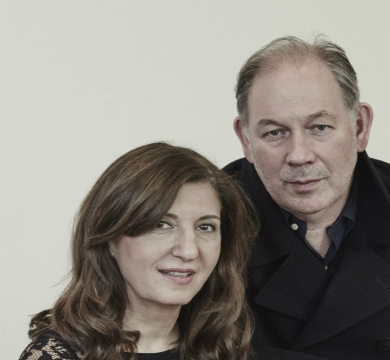 Photo London was created by Michael Benson and Fariba Farshad to give London an international photography event befitting the city’s status as a global cultural capital. Photo London harnesses the city’s outstanding creative talent and brings together some of the world’s leading photographers, curators, exhibitors, dealers and the public to celebrate photography.

Why did you decide to create Photo London, a third edition of which is happening between 18th and 21st May 2017?

Michael: Because London is one of the world’s great cultural capitals and we firmly believed that it needed its own world class photography fair. In the past London has been a major centre for Contemporary Art and perhaps paid less attention to photography than the great centres of New York and Paris. However, that has changed dramatically in recent years.  We watched the interest grow in photography throughout the city so we thought that the moment was right to create Photo London. 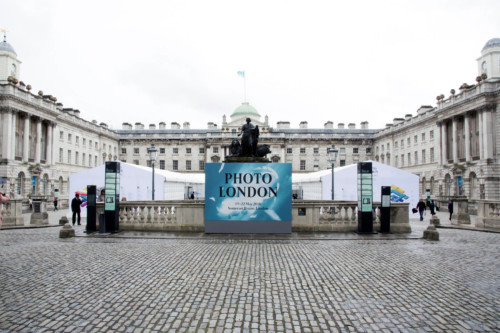 When you say we, who do you mean?

I mean Candlestar, the company that Fariba and I founded in 2003. Since then we have produced many significant cultural projects, including the Prix Pictet, which became the world’s leading photography prize. Projects like the Prix Pictet gave us the networks with galleries and photographers that are necessary for creating a major international photography fair.

How does Photo London differ from Paris Photo or AIPAD (Association of International Photography Art Dealers) in New York?

Photo London is unlike any other photography fair.  As well as the fair itself we have a world class programme of talks, involving over 30 major photographers, curators and writers, and we also have an exhibition programme designed to celebrate the work of individual artists such as, this year, Taryn Simon, Isaac Julien, Martin Parr, David Hurn, William Klein, Mat Collishaw and Juergen Teller. 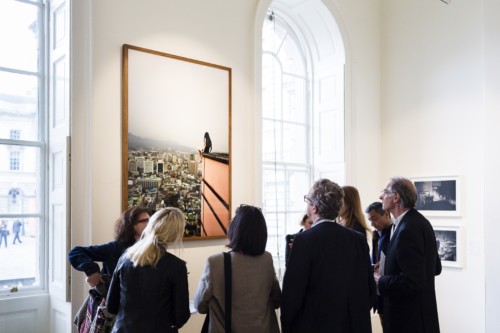 Where are these artists from?

Taryn Simon is from New York. Isaac Julien, Martin Parr, David Hurn, Mat Collishaw and Juergen Teller are all based in the UK, and the great American artist William Klein lives in Paris. Each of these artists crosses many boundaries. Taryn Simon is a major contemporary artist working with photography as part of her practice – she is this year’s Master of Photography.

We are the committee, but we do also have a curatorial committee that decides on our galleries. We also have several distinguished advisers, but ultimately the key decisions are all made by Fariba and myself. So if we get them wrong it’s our fault! 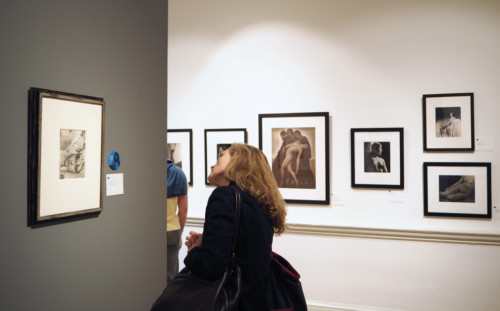 How many galleries will you have?

Eighty-eight galleries, and nine publishers who will exhibit in a separate section.

How many people attend Photo London?

35,000 visitors came last year, from all over the world. This year we have a record number of collecting groups from museums around the world who will come to the fair.

What is the state of art photography today, in a world where everyone with a smartphone and with Instagram thinks that they are a photographer?

Instagram has given us all access to the technology to share good photographs. Photography is in rude good health; yet it remains as difficult as it ever was to make outstanding, timeless, images. 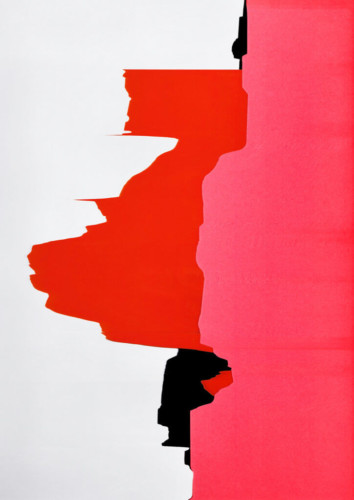 Is the photographer still like an artist? There was a time that photographers like David Bailey for instance were also stars?

Fariba: Of course.  They may not be as ‘starry’ as David Bailey or Don McCullin, but perhaps many great photographers just focus on being great artists without the distraction of celebrity.  Photography is a medium that has expanded into every single area of the arts. It is no longer just for fashion or documentary. Fine art photography or contemporary photography is part of every art fair in the world. If you walk around Frieze or Art Basel you see plenty of photography, including work by well-known artist photographers such as Richard Prince, Andreas Gursky, Cindy Sherman, Candida Höfer and Thomas Struth.

Yes. And there are a lot of artists who talk about working with photography as a medium for an idea that they want to realise at that particular moment. Yet more and more the very strong line between documentary photography and art photography is fading. The work of photojournalists is often shown in galleries as well as in the pages of newspapers and magazines. The border between art and photography is increasingly irrelevant – it is a tired old distinction.

What sort of photography do you show at Photo London?

All genres – including some works that stretch the idea of what photography can be. This year we are looking at the gems of vintage photography, and new work by established masters, and work that signals new developments and which uses technology and ancient techniques in intriguing new ways. That’s why we have included film and virtual reality in our programme.

Michael: Just because everyone has an iPhone does not make people photographers. It is the great myth of the age that we are all photographers now! If you look at the work displayed by the galleries that come to Photo London you will find the great masters of photography as well as many outstanding young photographers. And what they all know is that to make images that aspire to the quality of art is hard, painstaking work. Technology hasn’t changed photography. It has made the making of images marginally easier, but it’s still a labour. To pretend you can make art by the mechanical function of clicking a button is nonsense. The great encouragement that we see is that increasing numbers of young people, members of the so called iPhone generation, understand this very well. 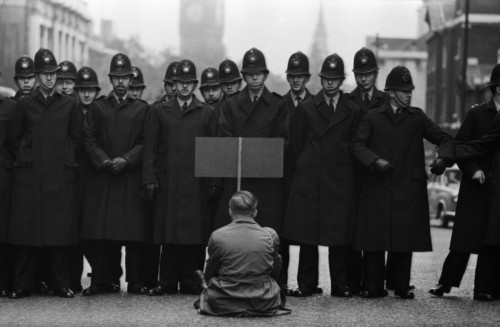 Fariba: Exactly.  There is no distinction.  The work of our two previous Masters, Don McCullin and Sebastião Salgado, makes the point well. They started as photojournalists, but now their highly collectible images are seen in galleries and museums throughout the world.

There is an explosion of interest in photography of all forms and at all levels.  It now ranks as a major art form alongside painting and sculpture. This wasn’t always the case. 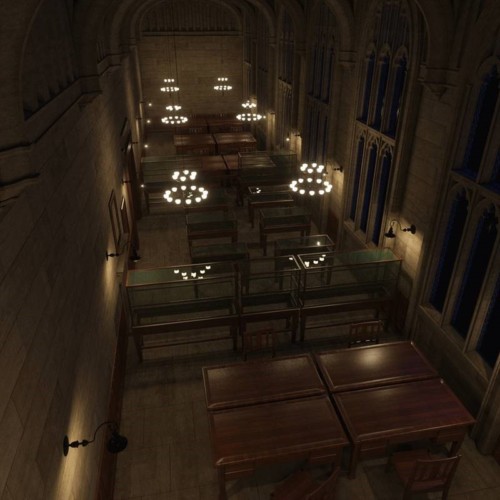 Was that because it can be reproduced?

Partly. For a long time there was a little bit of concern about work produced in editions. However, through the tireless work of many galleries, that aspect of photography is now much more widely understood. Photographs are signed, dated and stamped by the gallery. 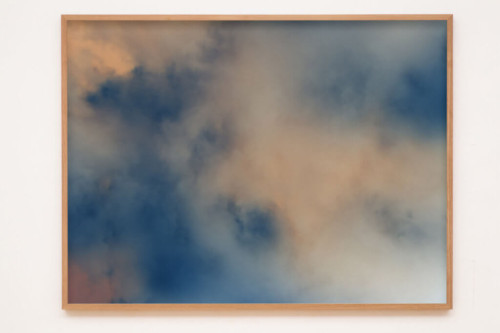 How large is a typical edition?

Editions can vary. Sometimes they are unique camera-less works by artists like Vera Lutter or Susan Derges. More usually they will be editions of 6 or 8.

Is photography also less expensive than contemporary art and more accessible to collect?

It is indeed.  It is still the case that for the price of a piece of work by a famous contemporary painter you can build a very fine photography collection. At Photo London for example you find works from £500 to £500,000.

Do people come to Photo London to buy?

If the galleries don’t sell they don’t come back. They are here to do business. Over 60% of our galleries from the first and second year are returning this year, so we know that people do come to buy. We have a record number of museum patrons and collectors groups coming this year, so we hope that they will have a positive impact on sales. Ultimately that’s how the success of Photo London is going to be measured.

Who is the Picasso of photography for a collector to aim to acquire?

Michael: There are far too many to mention. In vintage photography works by someone like Gustave Le Gray or Henry Fox Talbot would be great works to acquire by anyone’s standards. Speaking very personally, my wish list would include works by Hiroshi Sugimoto, Andreas Gursky, Don McCullin, Nick Knight, Tom Hunter, Richard Misrach, Gregory Crewdson, William Eggleston, Eamonn Doyle, Mitch Epstein and Richard Mosse. But ask me again tomorrow and that list will have changed. 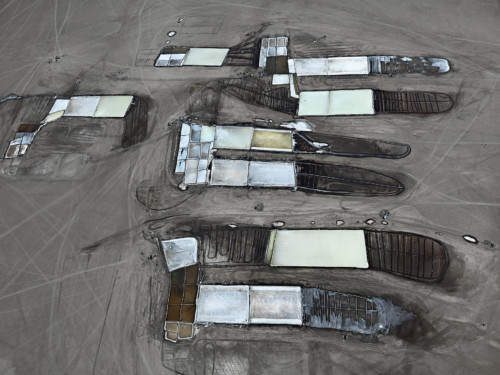 At Photo London you don’t see the same things. Our whole brief this year is that we are making it new! The signs are that photography is one of the most dynamic art forms of the 21st Century, because it is changing and evolving in such interesting and varied ways. Just look at the work of Edward Burtynsky, the acclaimed environmental photographer. You could easily say it is an abstract painting. The style is recognisable, but the content is always changing. If you come to Photo London you will have a broad picture of what’s going on in photography, with photographers from all over the world, past, present and future. 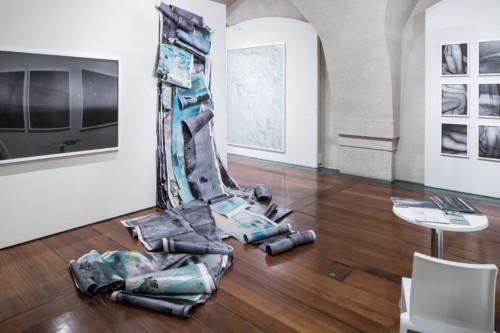 The Prix Pictet that you created is the most important award for photographers. Who chooses the winner?

There is one winner. One prize, chosen by an independent jury chaired by Sir David King, the Government Advisor on Climate Change. The Prix Pictet is the world’s leading prize for photography and sustainability. Other jurors include major photographers such Sebastião Salgado, Nadav Kander and Valérie Belin, as well as Martin Barnes the photo curator at the V&A, Philippe Bertherat, Jan Dalley of the FT, Dambisa Moyo, and the architect Wang Shu. The award embraces all genres of photography. Laureates to date have been Benoit Aquin, Nadav Kander, Mitch Epstein, Luc Delahaye, Michael Schmidt and Valérie Belin. They win for a series, across 10 consecutive photographs. Each cycle of the prize has a theme and the current theme is Space. The winner of Prix Pictet ‘Space’ will be announced at the V&A on 4th May. It will be presented to the winner chosen from a shortlist of 12 by Kofi Annan, who is the Honorary President of Prix Pictet. 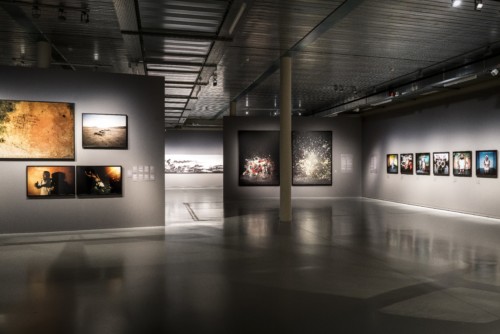 With the prestigious Prix Pictet and by founding Photo London you two have given a shape to photography in England. Are you recognised now? Is Photo London already established?

Michael: Yes. When we started we wanted the fair to look as if it had been around for a long time. We started strongly and we got stronger every year. We have a world class talks programme of 30 talks. 3,000 people bought tickets for talks in Somerset House last year. Over one private and four public days, the intensity of the public programme is different from anywhere else.

Fariba: This year we focus on the future of photography and ask: Where is it going? We have two virtual reality projects on show for the public. One is showing the Fox Talbot library of the 19th century in a totally different way, which is virtual reality. The other is a virtual museum showing Chinese work in a way never seen before. 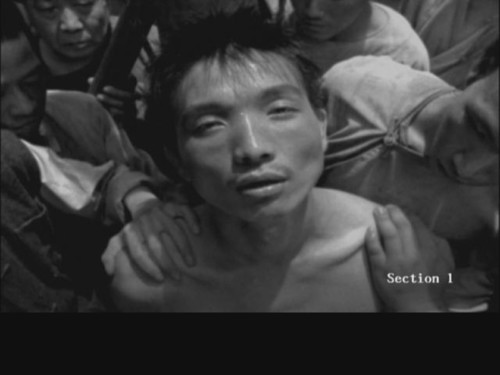 When we started we wanted to get to a point that London comes alive during Photo London and embraces photography, and already last year we had 56 events around London, from museums and small galleries to fashion shops. Including the Italian Cultural Institute, where Marco Delogu does a breakfast at the beginning and a dinner at the end. During the year he arranges another series of talks. We do a lot of work between editions of the fair, and do one event a month at Somerset House or at the Institute with Marco’s support. 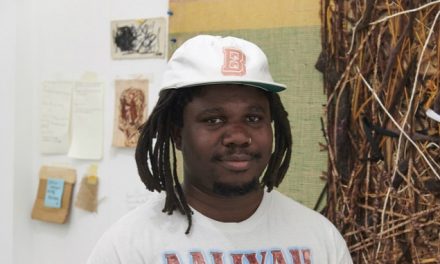