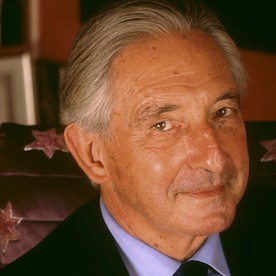 “Politics is the Greek passion from antiquity to modernity.”

Michel de Grèce sounds like a perfect “nom de plume” for a writer, but in your case it is your real name. How come?

Because my family ruled Greece for a hundred years, and when we started we did not need a family name and then it was too late. But in my case it became a professional name which I can use.

Where are you from?

My grandfather came from Denmark. They did not want a ruler from their own country, so they picked up a foreign ruler. Nowadays this is less strange. We have had a Syrian president of Argentina and a Hungarian French president, but there are many examples. 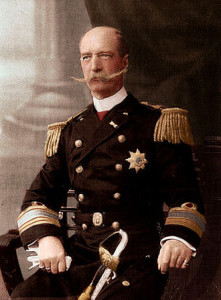 King George I of Greece, born in Copenhagen in 1845.

Where were you raised?

Morocco, Spain and France, where my mother came from. I came to Greece after my French University and started my Greek military service at once.

Yes, and I am Greek by my heart. Greek was my culture. I have lived in Greece since I was 20. I learned Greek in the army, so my vocabulary is not what it should be expected to be. 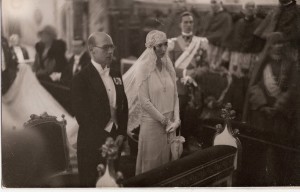 Prince Christopher of Greece and Denmark & Princess Francoise of Orleans (1929)

Are you worried for Greece?

I find it incredibly difficult to understand entirely what is happening! It is sure that people suffer, many people. It is very complicated because everyone lies. I get a bit lost. I think the crisis that comes is new, but it is an older situation. Everyone is forced to import it. Greece is the heart of Europe. I find the existence of the Euro modern and practical. Since we have had the Euro the cost of life went up, but we need to be in Europe. 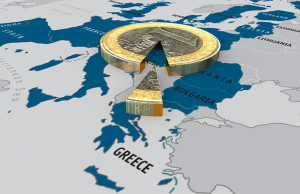 What kind of people are the Greeks?

When I came to live here I was trying to find out what remains of the Greek antiquity. It took me a long time to discover that what remains untouched from antiquity is the Greek people. The Greeks invented politics. It is still the passion of modern Greeks. The plots of ancient Greek tragedy are in the Greek press every day. Ancient Greeks invented sport and they still like it. They are very proud, they have a kind of “Honour” which remains. They are hard workers and still now Greek ship-owners rule the sea. 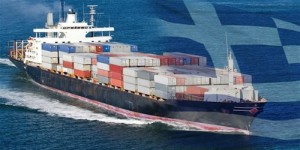 Greek ship-owners have the largest independent fleet in the world.

Yes, of course, and I am very happy to be like that. I tell you something, since antiquity Greeks don’t like people in power, but they are particularly kind with people who lost power.

What do you think is going to happen in Greece?

Ever since Greece existed, from thousands of years ago its history is made of unpredictable events, so how should I know the future? But in its very, very long history Greece has gone through some very difficult times. Greeks are very resistant and strong.

Have you always wanted to be a writer?

I started writing at 25 and published my first book at 27. For a while in Greece I was part of the monarchy and at the beginning I enjoyed it, and then I felt later it was not my style of life.

What kind of a writer are you?

History is my field. My French grandmother, the Duchess de Guise, spoke about the family as if they all lived yesterday. History has to be taken with passion. My mother made me read books by the French historian George Lenôtre. 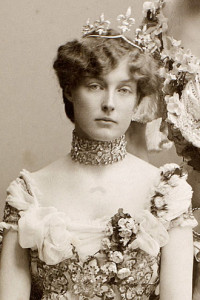 What are you writing now?

I will tell you something. I write in French, I am published in French, but I am quite interested in the future of publishing linked with the Internet. I came to the conclusion that if you want to be known by your writing the future has two conditions, the Internet and the English Language. To answer your question, I am developing my “site”. It doesn’t mean that I will not write another book.

To be a royal person like you, Greek and French, with Danish, Russian, and Spanish blood, which means to be the cousin of all the Kings and Queens of Europe, puts you inside history. How is it?

It is true that it puts me in direct touch, but when I write I try to be impartial and the other thing is that these Queens and Kings are family for me. Some I like, some I like less, some I don’t like. With some I am closer than others. 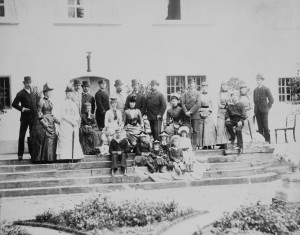 Do you see these Kings and Queens?

See yes, and some I know. My favourite ancestor Louis Philippe “the bourgeois king” used to say, “One chooses friends but not family.” But I like to consider some of the kings as my friends. It is true that I am interested in the future of monarchy, I follow what is going on. 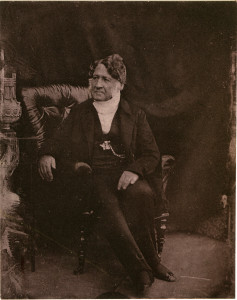 Louis Philippe I, King of the French

Are you concerned that King Constantine is no longer in power?

I am sad for him and in some sense the monarchy can offer services. I am a monarchist, but it depends on the people who represent monarchy. It is true that in our time monarchy can still offer some services. 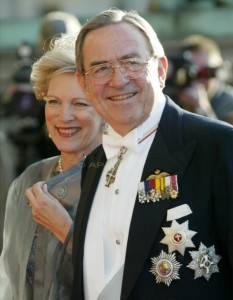 Do you admire the Queen of England?

Yes, she is more than a human being she is an historical monument. When I had dinner with her I had the feeling of being with an historical woman. Philip is my first cousin. He is more a human being. She knows to perfection what the English public request and what monarchy should be. She is very much the example, like her ancestor Queen Victoria. 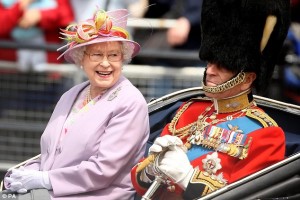 Queen Elizabeth II and Prince Philip, the Duke of Edinburgh

You are a bohemian, an artist, married to an artist?

More than a bohemian, I am free. Freedom is the thing that I most cherish in life. It is not easy to acquire and keep freedom. Sometimes I pay the price. Sometimes it is difficult. Everyone pretends to want to be free, but not many people perfect it.

What does it mean to you to be free?

To feel, to believe, to think and to do what I want, respecting the rule, which I do.

How do you live?

Between Monte Carlo, Paris, Athens and Patmos. I have two axes in my life, my family and my work. I write every day and cannot not be doing work. My books sell comfortably.

I don’t consider myself an intellectual, but a story teller. I love to tell stories to whoever has the kindness to listen to me. I don’t see a lot of intellectuals. I am far more part of the artistic crowd of my wife, and I am deeply interested in spirituality.

Are you an observant Greek Orthodox?

When Voltaire went to England he was horrified to find that they had one way to make “la sauce” and “42 religions.” He asked a very great Lord, “My Lord, what religion are you?” The Lord answered, “J’ai une petite religion a moi.” Officially I am Greek Orthodox, and I like icons and the atmosphere of the Greek church. The Greek church is linked to patrie. It is very Greek. 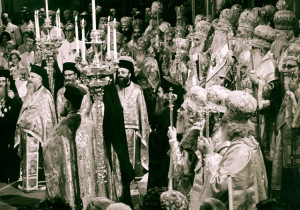 Orthodox prelates at the wedding of Constantine of Greece and Princess Anne-Marie of Denmark, September 18, 1967

You had a French mother and a French upbringing, but you seem to be more Greek?

By heart I am more Greek, even if I have a French education. It is a love story with Greece. As a matter of fact we come more to Greece now, because since a few years my wife Marina and myself have a foundation which takes care of abused children. Years ago I was involved in New York in the worst case of an abused child and so I wanted to do something in that field. We are the first ones to do it in Greece. The difficult thing is to change the mentality. The Greeks have to accept the fact that it exists, even in Greece, and not deny it.

I have many friends and family, but since a few years I don’t feel happy, the mentality is not what I like. Countries are like human beings. They go down and then they go up again. France is sadly going down. I am less happy there than I was.

It is my paradise. We started coming 30 years ago, and we have our house since 15 years. It is beautiful, has a very strong energy, here I work well and I feel well. I have this place and I spend more and more time here, in Spring, Summer and Autumn. I have had three paradises in my life, my grandmother’s house in Northern Morocco, then some friends’ house in Mexico near Oaxaca, and now Patmos. 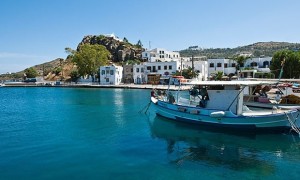 Do you travel quite a lot?

Yes, I have three favourite directions. The Middle East: Egypt, Lebanon, Syria and Turkey. Then India and Mexico.

What do you feel about what is going on in the Middle East?

I knew Islam since I was a child. I never could imagine that we would see what we see now. I have difficulty to conceive that such things are happening. It is so barbaric, inhuman, it is beyond any imagination. I know Palmyra and Aleppo by heart. It is terrible, because the image I have of these people and countries is so different. After the Second World War there was a certain appeasement, I could travel everywhere. Now I can’t. It is not safe any more to travel from India to the Atlantic. What is troubling is that it is not a declared conflict. 50 million migrants, and no one knows how to face it. These crises are new, terrifying, and no one knows how to treat them.

For many years you lived in New York?

Yes, in the Eighties. I loved New York and at one point we had to choose, and we decided to come back to our roots.

Which one of your books is your favourite?

“La femme sacrée” about the Maharani of Jhansi. She is the heroine of the Indian mutiny, young, beautiful, she died in a battle, everything. I love her, she is my favourite character. Writing the book was very interesting. I wrote my book 90% on oral tradition and there were only two generations between the Rani’s time and today. I went to the place, it was a unique experience. I stayed two months in India… I was in heaven. Indians are interested in the period. 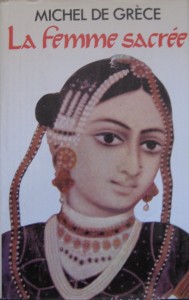 At the end of the day you love the past, but are you also intensely interested in the future?

I am fascinated by the time we live in and try to see what other perspectives there are on the future. The past for me is history is because it is an endless source of story. Fiction cannot surpass history. One thinks wrongly that because history is the past it is over. History is alive.

Have you had a very full life?

I suppose so. But life is still full and I want the future to be full. I am 76 and I don’t understand what it is to be retired, and I don’t intend to be retired. I like to be active. The word death for me does not exist. For me another world exists, it is a passage from this state to another state.

Do you have many friends?

There are many people I like, and some friends. They are of every age and country and social class. I like talking to people, but with the coming of age I am more choosy and intolerant. 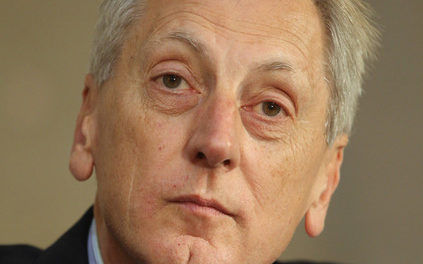 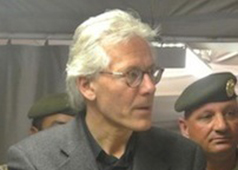