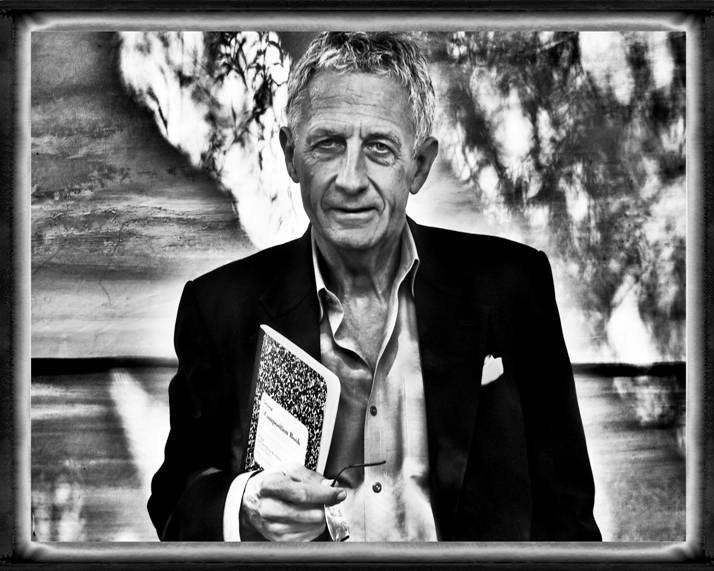 FACT OR FICTION? Robert Lacey is a writer and the historical consultant to the popular series THE CROWN, for which he has published two offical companion volumes. The fourth season of The Crown is released on Netflix on November 15. Lacey recently published Battle of Brothers: William and Harry – The Inside Story of a Family in Tumult.

This interview is also available as a podcast here.

Robert Lacey, did you meet the Queen then?

No. For my two big royal books, Majesty and then Monarch which came out in 2002, her Golden Jubilee, I received a number of quite lengthy briefings at Buckingham Palace from people like the Private Secretary to the Sovereign, Sir Martin Charteris. For Majesty, with the help of Lord Mountbatten, I did interview the Duke of Edinburgh, and he gave the book and my project his blessing. For Battle of Brothers I approached the Palace hoping for the same sort of cooperation. I sent the Queen’s Communications Secretary, Donal McCabe, a selection of chapters and they sent them back unopened. I received no cooperation at all.

What was your impression of the Duke of Edinburgh?

Prince Philip is immensely impressive. Very alert. Courteous. Whatever reservations he may have felt about me or my book were not evident, but then royal people are dissemblers and it is their whole job to put on a face.

Do you think that in The Crown, this TV Netflix saga, the royal characters are well represented?

I do. I’m the historical consultant to Peter Morgan, The Crown’s creator and writer, as I was on his 2006 movie The Queen starring Helen Mirren. He also has a full time, large historical research team but we speak to each other on the phone. He may say, “Would Prince Philip have called the Queen Mother, ‘Mama’?” And I say, “Yes.” Or he would say, “I’ve got an imaginary letter that Queen Mary must write to Elizabeth, giving her advice. Can you write that for me?” and I would write Queen Mary’s letter.

“I don’t see Harry and Meghan ever being working members of the royal family in the future.” 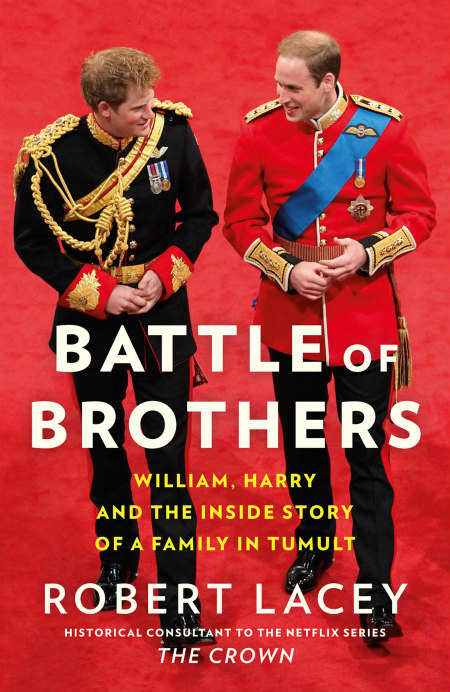 Robert Lacey, the royal family saga has many episodes – love affairs, dramas, divorces, marriages. It is already like a work of fiction. Do people watch The Crown as if it was a documentary?

It is perfectly clear that they are watching a dramatic reinterpretation of the family’s lives. We deliberately bring facts together from different periods to tell a particular story.

As described in one of the episodes, was Prince Philip really so tough with his son Charles when he went to school?

Do you have the impression that there is love in the royal family?

Yes, there is love; but there is great toughness, and there’s the great cruelty in the system. That’s one of the themes of Battle of Brothers, the cruelty with which the spare is treated.

The British royal family fascinates people around the globe?

Edward VIII was a fantastically popular king, but he became a villain because he didn’t conform to people’s idea of the duty he should follow. The same has happened with Harry. The fact that they occupy the trivial gossip columns shows the immensely important role they play in the psychic imagination of cultures around the world. I am intrigued by it, and seek to analyse and explain it.

Her Majesty the Queen is 94 and Prince Philip is nearly 100. It’s almost as if they were immortal icons.

The idea of criticising the Queen for anything is sacrilegious. In a secular age these people are religious objects. This aura of sacredness is being inherited by William and Kate, the new stars of the pantheon, while Harry and Meghan are cast as the villains who dared to muscle in on their sacred territory.

He has tried with great sincerity and applied thought to create a fresh role for himself. Prince Charles saw there were many years in waiting, and he wanted to make creative use of that. He has, but he has not got the credit for it. He somehow lacks the charisma that his rather simpler son Prince William currently holds.

Are you saying Prince Charles will not be king?

I would not be at all surprised if British people decided – in five or six years’ time if the Queen is still alive – that they don’t particularly want a King Charles III. And why should we have a Queen Camilla? Why should we enshrine and glorify this relationship, which in the 1980s and 90s brought such unhappiness to the young brothers that they are now living on opposite sides of the world?

What right is it of yours to make judgements about royalty?

We’re entitled to look in this way and make these judgements because this is a family business. They themselves call themselves ‘The Firm’, and they present themselves to us as a family, the royal family. Since they are dependent on taxpayers’ money, people like myself are entitled to make very arrogant and intrusive analysis of their lives, because that is their raison d’être.

“I would not choose any of the royal family to be my friends.”

Robert Lacey, has the Queen been a good grandmother to these two boys?

Yes, and she seems particularly close to William, who has modelled himself on his grandmother. When Charles and Diana‘s marriage was at its worst point and they were engaging in rival television interviews – sharing confidences and insults, irrespective, it seemed, of the impact that might have on their children – William went to Eton, which is right beside Windsor Castle where he would often go and have lunch. At that very vulnerable age of 13, he transferred his emotional loyalty from his warring parents to his grandparents, who offered him security and a destiny.

How do you depict these two boys in your book, Battle of Brothers? Do the brothers love and care about each other?

Harry said in September 2019, “We are certainly on different paths at the moment, but I will always be there for him, and as I know, he will always be there for me.” That would seem to be his answer to your question about love. But Prince William has not said a single word about his brother or how he feels about him, or what he thinks about his brother going off to the other side of the world.

What’s the future of Megxit?

The family will remain split. I don’t see Harry and Meghan ever being working members of the royal family in the future. I make frequent comparisons between the current situation and Edward VIII’s abdication crisis, both are essentially conflicts between love and duty. Harry stands for love and Harry has gone into exile.

These two couples seemed to get on so well together; Harry and Meghan and William and Kate?

They were called the Fab Four, the same name that was given to the Beatles. But just as Yoko Ono stole John Lennon, so Meghan has stolen Harry.

Is Kate perceived as the future Queen?

She certainly is, but this is not without design. This young woman at the age of 18 won a much coveted place at Edinburgh University. The week that she discovered that Prince William was going to St. Andrew’s University she cancelled her place, delayed her education by a year, and applied to the history of art course at St. Andrew’s so that she could put herself in the path of William. In my book, you’ll see an extraordinary picture of Kate in her underwear, walking down a fashion runway in front of William. And she caught William’s eye.

To go back to The Crown, these new episodes go from when to when?

This current season goes from 1979 to 1989. The Queen’s relationship with Margaret Thatcher will be a major theme. Diana enters the picture. Camilla’s already established in the story, so that particular conflict will be developed.

The Crown has similar success to Downton Abbey. Is it loved by the same kind of public?

Exactly the same, but wider. Young people seem to be fascinated, experiencing at least the facsimile of being at the centre of national events. It’s satisfying to see the Prime Ministers of the day suddenly turned into shuffling nincompoops in the presence of majesty.

How is it for an actress to play the Queen, probably the most famous person alive?

The essence of the success of the Queen is to at once be theatrical but at the same time appear genuine. No human being is born to be or is inherently a queen. That is a contrived artefact. One of the fascinations of The Crown is the way the various actresses and scenes try and recreate that. 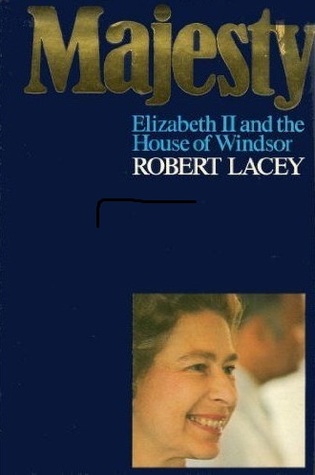 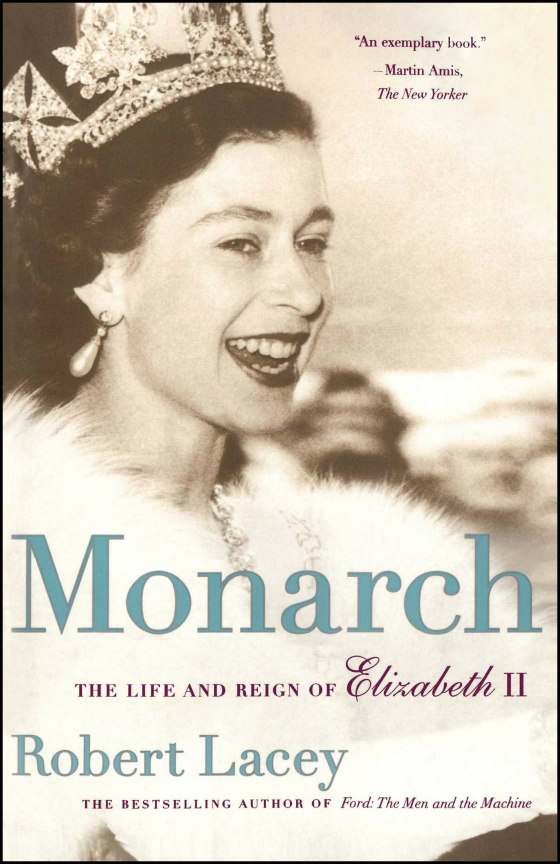 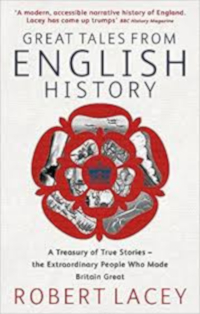 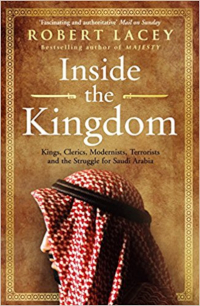 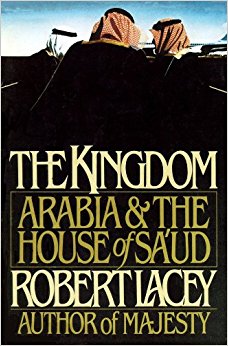 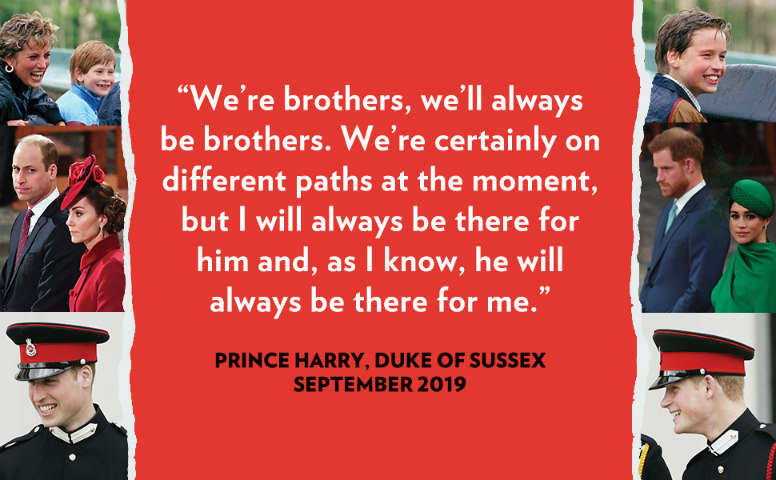 Robert Lacey, do you personally like the royal family?

No, I don’t particularly, I have no special affection for them. I have respect for them. I would not choose any of the royal family to be my friends. They are more forensic objects of study for myself.

Of the royal characters, who do you like most and who least?

The one to which I’ve been drawn is Harry. For many years he was a loyal lieutenant, first to his brother and then to his brother and sister-in-law. Then he saw the limitations, the cruelty of the British royal system, and decided to find his own life in another culture. He looked hard at the British royal institution and found it lacking for him. I admire the honesty with which he has put that into action.

I have met Prince Andrew; and I must say I didn’t find him an immensely attractive character.

What about Princess Diana?

The Queen has proved to be an immensely successful modern monarch. Part of that is through a deficiency of many human emotions and spontaneity that most people would consider necessary for life. She’s either lacking those or has suppressed those, and has turned herself into a brilliantly functioning monarch. I have now come to realise that she has trained up William, her grandson, as a very similar successor to her.

Do they work hard?

Recently a survey of all the royal families of Europe showed that the British royal family is by far the most expensive, but, when you divide that expense by the number of engagements and jobs they do, the British royals are amongst the most hardworking. The best value for money is Princess Anne. Prince Charles is close behind her. The Queen is way up there still. Even Prince Richard, Duke of Gloucester, whom nobody has heard of, is number 10 in the list of Europe’s Top 10 royals giving value. If you decide that you want as part of your government system to have a ceremonial family who carries out rituals on a regular basis to enshrine the values of your society, then the British royal family meets that criterion rather well. 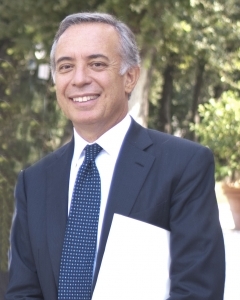 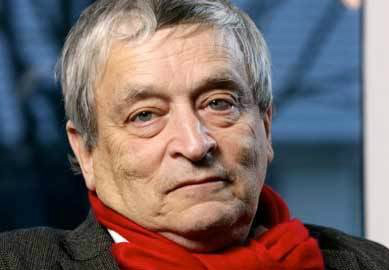