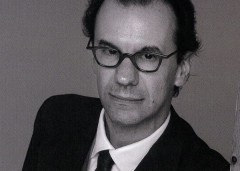 The interview with Roberto Peregalli took place in Milan, the city where Peregalli works and has his office, just before he gave a public speech and a reading of his book at the Franco Parenti Theatre.

Roberto, how would you define yourself?

I like to be an architect and a philosopher: both of them.

Why did you write your new book, just published in Italy by Bompiani, ‘Proust. Frammenti di immagini.’ (‘Proust. Fragments of Images’) What is it about?

I wrote this book for two reasons. The first one is because ever since I was eighteen I have dreamed about directing a film. Now that I am fifty I feel ready to do it. Proust is one of my favourite writers because I like long novels. When I read I like to be involved for some months in someone else’s head. The second reason is more connected with my work as an architect and which I do with my partner Laura Sartori Rimini. It is the case that in architecture one can make a reverie on the past that is somehow very Proustian.  And the attention that I give to ephemeral and apparently not very important details, but which I think are extremely important in our lives, this is very important in La Recherche.

You wrote a book and you talk about a film that you want to shoot now that you are fifty. What does such a confluence mean?

I actually think that my book is an object that can stand by itself, without any help. In the same way it is also true that I would like this book to be the first step to my making a minimalistic film, one lasting seven to eight hours.

Your book is divided into chapters, titled with the names of some of the characters and some of the places described in La Recherche. Each written page is followed by a page with two photographs. Why?

Because my idea was to take out of darkness what is in Proust so that it can be seen or made visible. I thought it was interesting to put, symmetrically on the other page, two pictures that are like the scent of the written page.  A little bit like Madeleine was for Proust.

Is it not difficult to touch Proust? Visconti and others tried but then gave up?

I think that the reason why Visconti and Losey gave up is quite different from what I want to do. They wanted to make a film lasting two or three hours, with rich sets, costumes, stars… in other words an expensive production. I think that this is impossible; you cannot reduce thirty thousand written pages to a two hour film. Maybe I am a little mad with my project. But I would like to make a more metaphysical film.

Maybe, but a little more….

How would you describe your book?

It is an object, a book that one can just read or one can just look at the pictures of, or both. It is written in short sentences, and it is very visual.  I wrote all the sentences myself, inspired by my many readings of La Recherche, either in French or in Italian. I captured only what I wanted.

What about the pictures?

Some describe the very places where Proust lived.  Others are solely my own inspiration. For instance, the entrance to Odette’s house is the entrance to a small apartment that Laura Sartori and I did in Paris – but it gives the scent of the place that was described by Proust.

The pictures are your own?

Yes. I always go around with a digital camera in the pocket of my jacket. It is like my notebook or like the white paper a painter carries to make a sketch.

You went to the different locations described by Proust?

Who is your favourite character in La Recherche?

I like both Swann and Charlus. I am closer to Swann, but Charlus has incredible power.

Is your book more a film script than a book?

No. When I read film scripts I am unsatisfied.  I hope that readers of the book will not think it is written for a film.

Why has La Recherche become an obsession for you?

Even if it seems a contradiction, I am not actually obsessed by Proust and all the mythology regarding his homosexuality and the fact that he wrote all night in a small room to protect himself from his cough. I think that this book describes the historical period from between the end of the 19th Century and the First World War. The same period in which Freud and Einstein wrote their major works. The period in which people started to use cars and to fly. In that period there was a total revolution and a solid world collapsed, becoming ephemeral. Proust describes all this in a remarkable fresco of minute details, objects. This is what captured me totally. What I love is his deepness below the surface.

Do you consider your book a philosophical essay?

No.  It is not an essay, because my thoughts are inside the story and not about the story. The way I wrote it can be considered philosophical. It is like a walk. If we think about it La Recherche is like a landscape, it is a philosophical walk.

All this is quite strange for an architect?

I really do not know if I started doing this as an architect or as a philosopher.  In this book we can say that they are both connected.

Is this actually work for you or more of a divertissement? 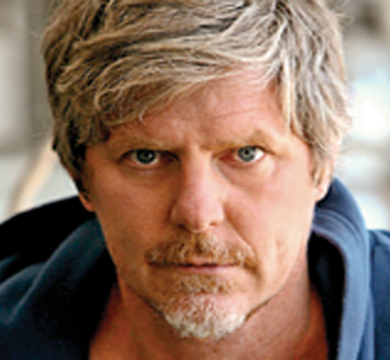 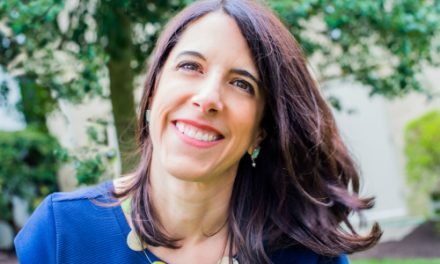 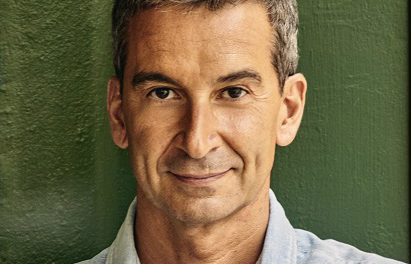