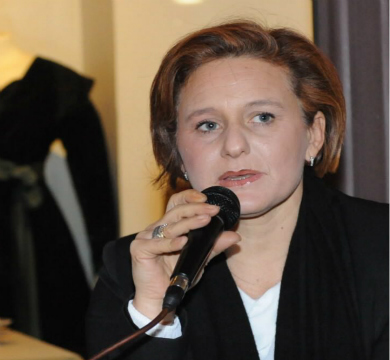 Last Sunday, before Pope Francis, Chief Rabbi Disegni, and the entire Roman Jewish community which had gathered at the Great Synagogue to welcome the pontiff, you said, “With this visit, Jews and Catholics are sending a new message with regards to all of the tragedies that have filled the news recently. Faith doesn’t generate hate. It doesn’t shed blood. It calls for dialogue.”

Yes. This was an important passage from the talk I gave last Sunday at the synagogue of Rome. Religions must spread that message, that God’s name can’t be invoked in order to kill or to overpower, as happens today all too frequently. Instead it needs to inspire a journey of awareness, dialogue, and common respect. 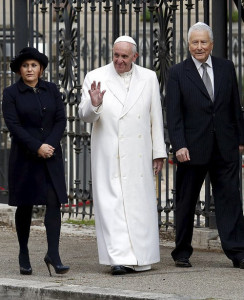 You were dressed very elegantly and wore a hat, and you are the first woman in history to be president of the Jewish community in Rome and to get up on the “tevà” (podium) to speak to the community. How did that make you feel?

It was very moving, but I was also proud to represent my community. When one is to represent a community such as ours, it needs to be done to the best of one’s abilities. Wearing my outfit I wanted to represent a moment of pride for my community, also in my role as president. It was important to emphasise certain qualities that characterise this two-thousand-year-old community.

How many Jews are there in the community in Rome?

A little bit more than thirteen thousand people. About half of all Italian Jews. It was important to me to emphasise in my speech that the Roman community is not only active and lively but also has strong ties to Israel and all of the other communities in the world. It is aware of the importance of peace and security in Israel at this terrible time. At the exact moment that the pope was visiting the synagogue in Rome and we were waiting for the ceremony to begin, a woman in Israel was stabbed in her home in front of her son, another horrible piece of news in what has become an endless stream. 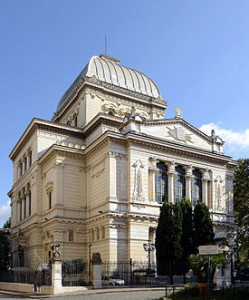 The exterior of the Great Synagogue, Rome.

You and the pope both said that being anti-Zionist is the most modern form of anti-Semitism.

That’s true, and there is a lot of anti-Semitism. This is a growing phenomenon throughout Europe. There are terrible indications of this in Italy, especially on the Web. Thank heavens that the Italian authorities know how to protect the Jewish community very well and are always diligent in prosecuting these terrible and unjustified displays of hatred.

As a woman surrounded by so many important people, rabbis, and priests, how did that make you feel during the pope’s visit?

It was obviously an important moment, and I felt appreciated. The most wonderful thing was having men around me who shared and supported my sentiments. Being a woman is something of an added bonus. I say that a bit as a joke, but they called me a tomboy from the time I was a little girl because I was always surrounded by men. 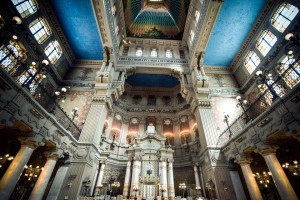 Interior of the Great Synagogue of Rome.

What was it like to stand there next to the pope?

He is an imposing figure, but he’s still a man, and I wanted to imagine that I was standing next to a person with the same emotions I have. We spoke calmly, we told him the story of the deportation of 16 October here in the Roman ghetto, and he met with some of those left wounded by the act of Palestinian terrorism on 9 October 1982. The pope was curious and really wanted to greet and get to know people. Our meeting was something that went beyond protocol and formalities.

Did you also talk about common worries?

The general worry about the world, but then our speeches spoke for us.

Does the Jewish community in Rome have a privileged position in the Catholic world?

It’s a relationship that is the result of a long history of living side by side, but it is also made up of difficult, terrible moments. This community has suffered many times, but today we can say that we share close ties. For centuries there was a gap that seemed impossible to bridge, but today it brings us together.

Pope Francis is the third pope to visit the synagogue in Rome. Pope John Paul II and Benedict XVI came before him. Would you say that this is becoming a tradition?

Rabbi Disegni said it well in his speech. In Jewish tradition, when an act is repeated more than three times, it becomes a “chazaqa” (a fixed tradition). 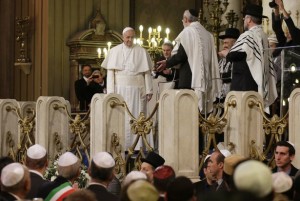 Pope Francis is welcomed to the Great Synagogue of Rome, January 17, 2016.

So there’s great commitment there?

What is your life like as the newly elected president of the Jewish community in Rome, having been elected six months ago?

My life has changed. It is such a great commitment that it’s taken up a very large amount of my time. Obviously, there’s a family to keep alive and take care of, and my most important role is still that of being a wife and a mother to my two children. The work for the Roman community is demanding because we do many activities for education with the schools, working with the Israeli hospital, helping the needy, and then many cultural activities. I am convinced that the best way to overcome prejudice is to tell people about Judaism, and especially what Roman Jews have meant and mean in the history of this city. 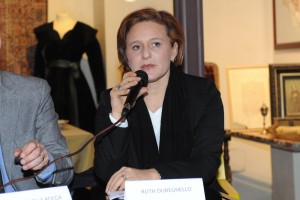 On one hand you are very Roman and Italian and on the other hand there are strong ties to Israel?

We are the most Roman of Romans. I hope that when Roman Jews decide to make “aliyah” (establish themselves in Israel), they do it not because they feel threatened but to respond to a calling of the Torah. I would like to point out that multiculturalism is a value that is often forgotten.

[The president smiles] They are gorgeous! There are all kinds – women managers, women who are really attached to their families and tradition, whether they are of Libyan descent or were born in Rome. Our community is made up of two types of people – the Roman Jews and the Libyan Jews who came after they were sent away from Tripoli in 1967. Libyan Jews are an integral, integrated, and fundamental part of our community, and a great example of acceptance and integration. Roman Jewish women are “Jewish mothers” just like all the others around the world, focused on their children’s education, on passing down traditions, and always very affectionate (like my mother).

Is food important in the lives of those in the Roman community?

It is fundamental. Eating together is the most symbolic and representative moment. We do it on Friday nights and we come together with our traditional dishes.

What are some of these dishes, for example? 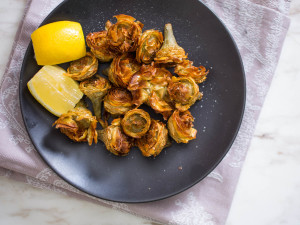 Fried artichokes, one of the many gems of Roman-Jewish cuisine. Photograph: Vicky Wasik

Is there fear in the Roman community?

No, but there’s caution. That means that we are aware that there’s danger around us, and not just for Jews but also for everyone. This danger can’t stop us from living freely, taking our children to school, going to temple, and working each and every day to show that we want to live.

Are relations with Israel good?

They are united, solid, and there is great respect and consideration for the work we are doing in Rome. We are in constant contact and we share thoughts and ideas. Knowing that Israel is ultimately with us gives us a great sense of security.

What about your relationship with Italian authorities?

We are very grateful that it’s one of the most serious, aware, and vigilant countries in Europe in fighting anti-Semitism and terrorism and protecting its citizens.

Do you think Italian Judaism should have more recognition around the world?

Absolutely. Not just because of our history but also because of the value of what we do in Italy despite the very few resources we have and thanks to the great volunteer work of many people working on the front lines.

Are you satisfied with your work? 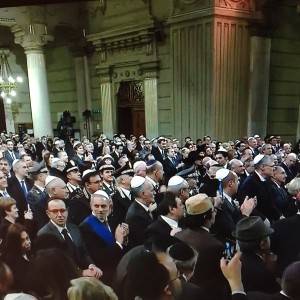 An appreciative congregation applauds during the visit of Pope Francis to the Great Synagogue of Rome on January 17, 2016.

Is the community quite religious?

It’s an orthodox community and there are many observant Jews. The number of synagogues in Rome has increased and today there are nineteen.

Do you try to visit them all?

I try to go to as many synagogues as possible, but on Saturdays, because I’m an observant Jew and I must go around on foot, I try my best but I can’t be everywhere or go to, for example, Ostia because it’s too far away.

Are you always dressed elegantly when you go to synagogue?

I try. However, sometimes I am tired and other times I’m rested, but I’m always passionate.

Have you been involved in the community’s activities for many years?

Yes. For seven years, I was on the Board, and I worked with schools and education. Now I am the president. 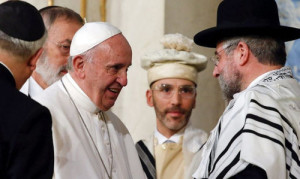 Pope Francis during his visit to the Great Synagogue of Rome on January 17, 2016.

Do you think you will meet with the pope again?

I hope that our dialogue will continue and be continually renewed, and I also hope that we can promote the fact that Judaism is alive and continues to exist by the grace of God.

Watch a video of the pope’s visit here 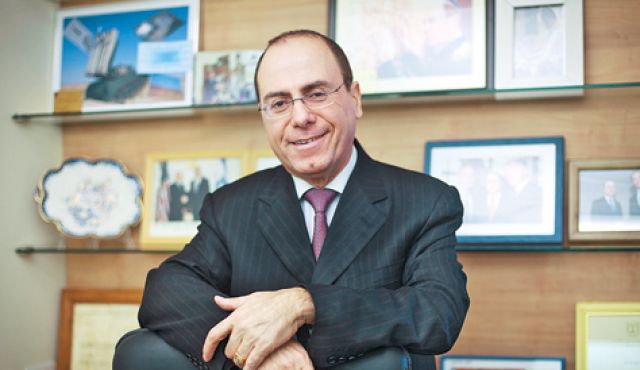 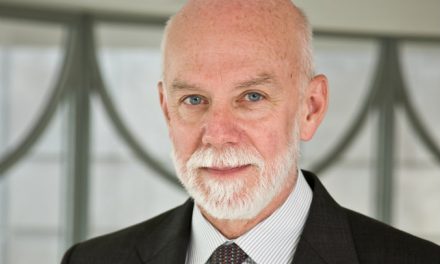 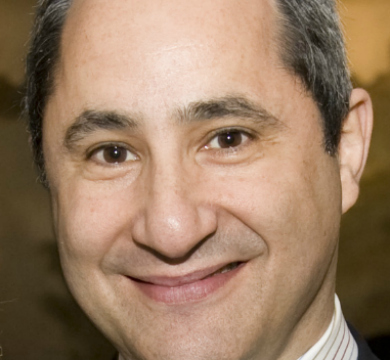