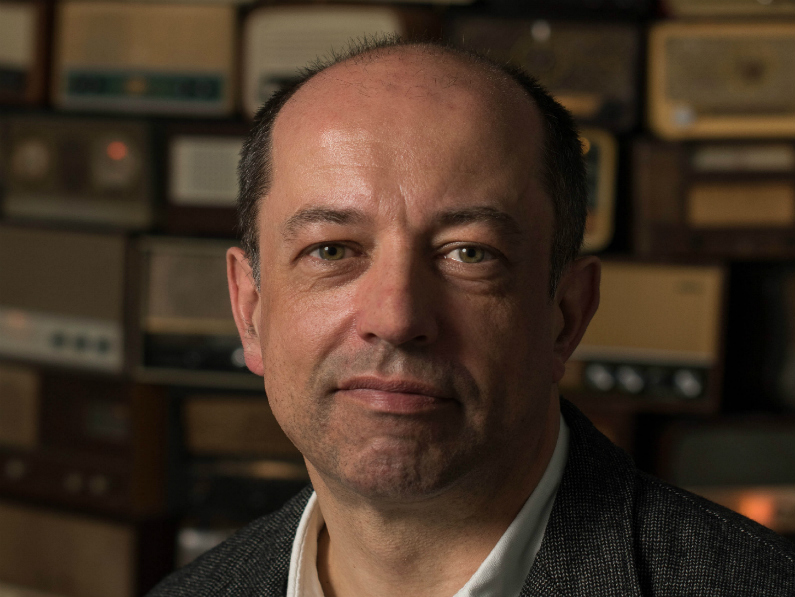 We go to see Achim Borchardt-Hume at Tate Modern where he is the Director of Exhibitions and Programmes. On this date in 1881, 25th October, Pablo Picasso was born. Achim Borchardt-Hume is the curator of  Tate Modern’s forthcoming EY EXHIBITION: PICASSO 1932 – LOVE, FAME, TRAGEDY which runs from 8th March – 9th September 2018 and has been described as one of the most important shows that the museum has ever staged.

Do you curate all the exhibitions at Tate Modern?

No, I look after the whole programme. It’s a big team effort. Occasionally I curate exhibitions myself, such as the Picasso 1932.

Why do you show the Ilya and Emilia Kabakov exhibition that is now on at Tate Modern?

We have to show artists who have really made a contribution to recent art history. The exhibition gives you an overview of the work of the Kabakovs, and also gives you a feeling of time. 1989 and the fall of Communism was momentous, an epic historic moment, but to somebody 30 years old is almost outside their active memory.

Do you like to show these retrospectives at the Tate?

I think it’s important that the exhibitions give you a clear sense of positions, of ideas, of stories. There are different models. Picasso 1932 for instance is not a retrospective, but I thought it was really important to find a way to look closely at Picasso’s work. One of the interesting things with Picasso is how can you actually make an exhibition where you feel you come close to Picasso as a living, breathing artist, human being. With everything that that means, like ambition, doubts, happiness, sadness.

“In 1932 Picasso has to answer a great many questions to himself about what it is to be an artist.” 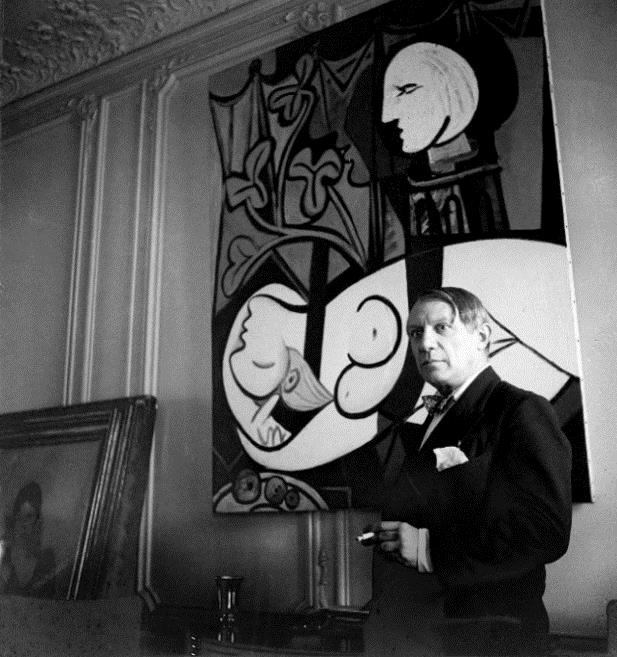 Aren’t there already so many Picasso exhibitions around the world?

Many Picasso exhibitions contain an ‘and’ in the title.  So ‘Picasso and the Mediterranean’, it’s Picasso and something. A category gets chosen, through which you then look at Picasso’s work.

Why was 1932 a very productive year for Picasso?

1932, for Picasso, was a moment where he faced a number of very common questions and dilemmas. In 1931 he turned 50. For most men that is quite an existential moment, to wonder where they have got to and where they want to go from here. He was a very famous mid-career artist, but the critics were debating whether he was an artist of the past, whether he was over or whether he had still anything to say for the present moment. He was successful and rich, but he lost more and more contact with his artist friends who couldn’t quite share that lifestyle. All of this happens against the moment in time when the world is taken by the Great Depression, so the art market is collapsing. Everywhere you see the signs of nationalism rising, and from 1933 Europe is on the course to disaster.

Was this why Picasso had his first major retrospective?

Picasso has to answer a great many questions to himself about what it is to be an artist. What is it to be a middle aged man and to create work that is genuinely new and makes a contribution? Where does he stand in relation to the more revolutionary work being made at the moment, like surrealism? How does he compete with Matisse, who was the other giant of it all and who had his retrospective in 1931? And he does it by having his first major retrospective, which unlike Matisse who left the decisions to his dealers, he decides he will curate himself.

What was going on in his personal life?

Picasso always digested the world through his personal life, through personal experience. He paints his daily life. He’s having two relationships, one of a respectable family and marriage to Olga Khokhlova, who was his muse throughout much of the late 1910s and 1920s, but he is now also in a relationship with this much younger, 28 years younger, woman, Marie-Thérèse Walter. All of which points to an incredible urge, how really to reinvent himself, how to start again. How can he go back to being an artist the way he was when he first came to Paris, when he threw the rulebook out of the window and started making a completely new type of art? That’s a real battle that is going on in 1932.

How will you show the story of this momentous year?

At the beginning of the year he is in this very self centred moment, very wrapped up with his family, very wrapped up with his relationship with Marie-Thérèse Walter, and very concerned with making masterpiece paintings to be shown in his retrospective in the summer. Once the retrospective has opened he becomes much more experimental. The work changes quite dramatically. It becomes much darker in mood and atmosphere, and by the turn of the year I feel the big picture of the world is beginning to seep into Picasso’s work.

“I will not allow you to make me a historical artist, I am a contemporary artist. That’s the message. ”

The eroticism and sensuality. It’s much more sensual than the painting before. The colour and the fluidity of line is unprecedented, and it is a real struggle to inject new life into painting through eroticism. Trying to show you something, what happens when you look, and in representation that cannot happen in any other art form.

Does he produce many masterpieces in 1932?

In January and in the first half of March, not in February, Picasso paints these extraordinary ambitious large paintings. In the second half of March he does something quite different, because he begins to engage with surrealism, and those paintings are not shown in his retrospective, they are just his personal work. The big moment comes in June when he curates his own retrospective at the Galeries Georges Petit. Matisse had a retrospective there one year before, but retrospectives at that moment in time for living artists are extremely unusual.

Why does Picasso take complete control of his retrospective?

It is key that he doesn’t allow people neatly to carve up his work into Cubism, Blue, Rose (pink), Classical, Surrealist. He just shows it all combined, and removes all the date information in the exhibition and puts his latest works, the paintings he made in the first half of 1932, all around the show. He does this to say, all of this is me now, I will not allow you to make me a historical artist, I am a contemporary artist. That’s the message. As a result there’s an extremely passionate debate in the press as to what this exhibition really is, and what it says about Picasso.

How does the debate about the exhibition go?

Famously Carl Jung, as a psychoanalyst, says that it shows that Picasso clearly suffers from mental health issues, and shows symptoms not dissimilar to the ones he observed in his patients. Which is a particularly sinister statement if you think that one year later, in 1933, Degenerate art (German: Entartete Kunst, a term adopted by the Nazi regime in Germany to describe modern art), was founded as a policy in Germany. Degenerate art in Germany makes exactly the same claim, that modern artists have mental health issues. On the other hand you have an artist like Paul Klee, who goes and sees the show and says there’s absolutely no question that Picasso is the greatest artist of the moment, and that his recent work proves as much. 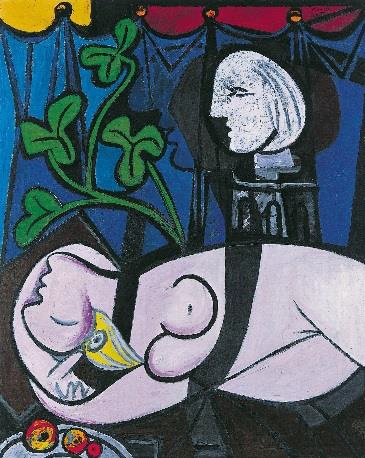 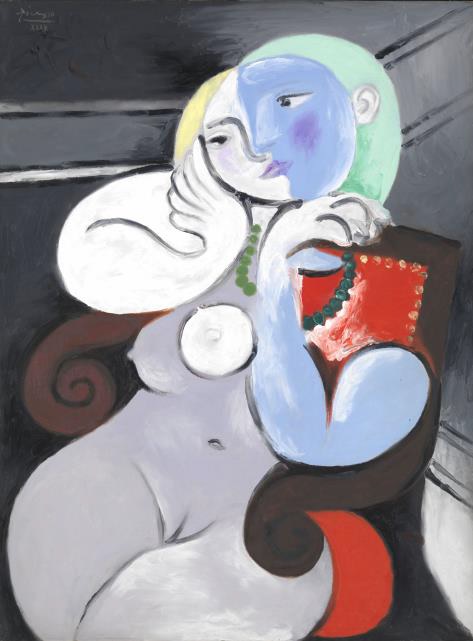 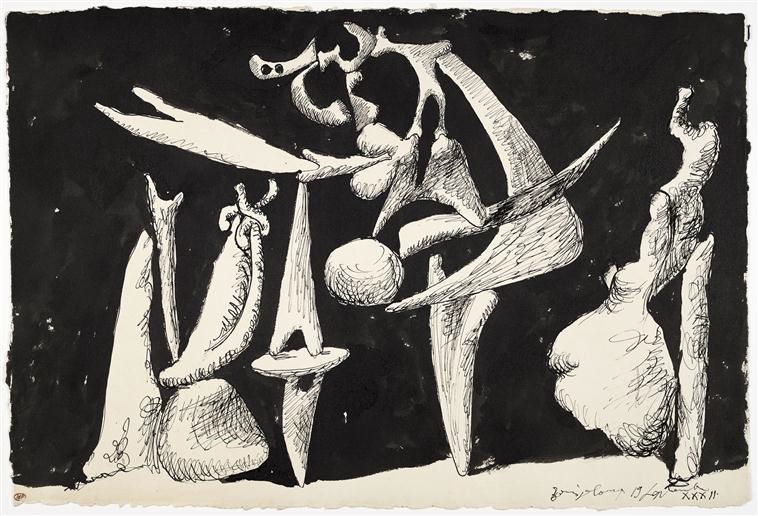 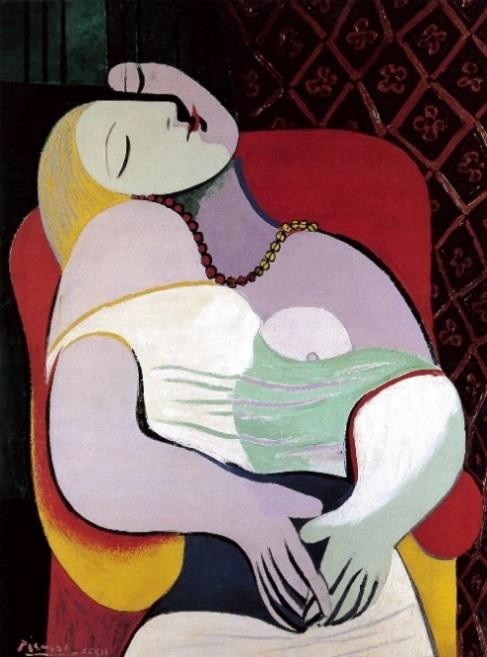 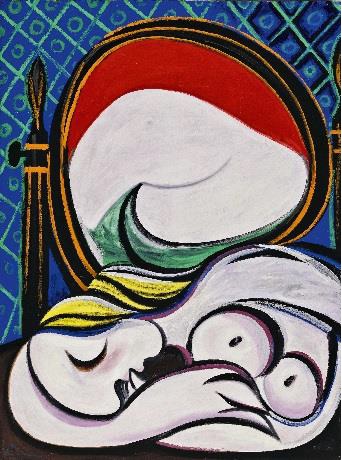 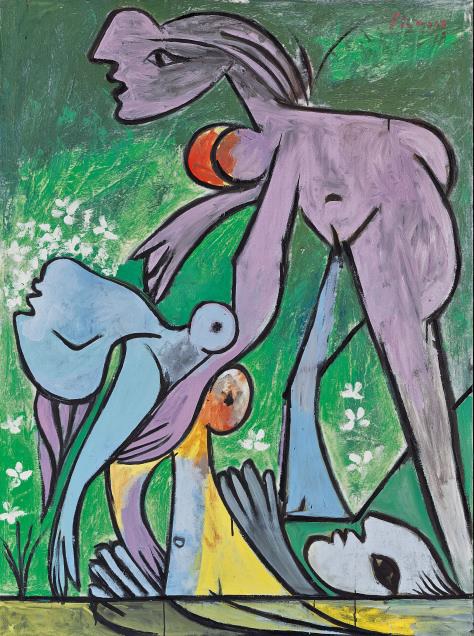 “Picasso is an artist who never stops searching.“

What happens in 1932 after this retrospective?

In the second half of the year, as a story it becomes very interesting. In autumn he makes a series of truly extraordinary drawings, some of his most extraordinary works on paper, of The Crucifixion. Completely different from what happens in the first half. Suddenly it’s about this whole idea of suffering and pain and agony. The final group of works from the year are about rescue from drowning. We will show a painting from early 1933, in which the two figures – the figure who is about to drown and the figure who is rescuing – are fusing into one, and they are almost like the first appearance of the mother and child in Guernica.

Picasso is an artist who started as a child and carried on for 80 years. Is 1932 just another beginning, when you stop and change horse?

When Picasso had this retrospective in 1932 he couldn’t know that he would live another 40 years and would produce four more decades of work. The dilemma that every artist has every day is to start again and think, what am I going to do now? Every artist has that. I see a lot of artists at work, so I know what that is like.

In your view, what makes Picasso such a special artist?

I think what is very curious in the case of Picasso is that he is risk taking, in an almost unparalleled way. He’s done something and it’s critically recognized, and, when you have reached that position, to actually do something completely new is an extraordinary risk for any artist to take. He does this time and again. In 1932 he reaches for the first time in his life this moment where, by virtue of having this retrospective exhibition, he has his life in front of him. He talks about that. It’s like looking at his life 10 years after his death.

Is his double life, with his wife Olga and his mistress Marie-Thérèse Walter, stressing for him?

I think it’s a precarious balance. I wasn’t there, so there’s only so much I can say about it. From the archive research we have done, what is very apparent is that he spends a lot more time with his family than you might ordinarily assume. He spends a lot of time with Olga. Marie-Thérèse Walter is his total secret that nobody knows about. Nobody. And Françoise Gilot 30 years later describes Marie-Thérèse as his dream, while Olga was reality. He has to face the reality of being married, having a son, family life, all of that.

You have an artist who arrived in Paris very young, and who always lived in Paris as a foreigner. He wants to be embraced by the system and to be successful, and he achieves all of that, and he achieves money and wealth and respectability. In a way he’s got everything he wants, and then it’s not enough.

Was he afraid of losing his talent?

There’s a constant search. If I were to describe Picasso in one short sentence, it is: He is an artist who never stops searching. 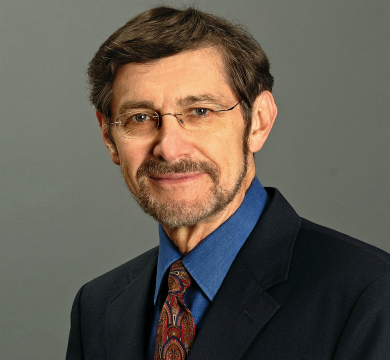 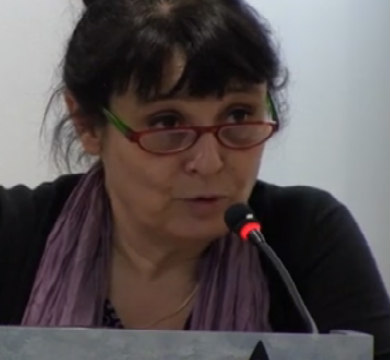 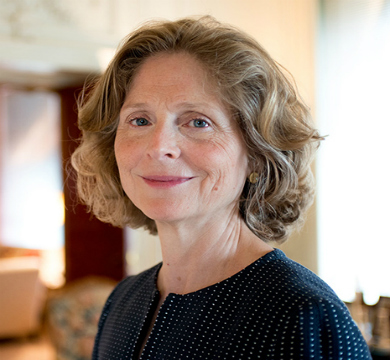