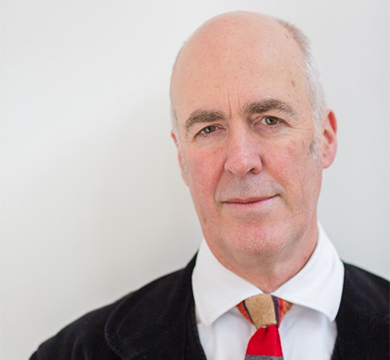 Charles Saumarez Smith is Secretary and Chief Executive of the Royal Academy of Arts in London’s Piccadilly.

Charles, after having been at the National Portrait Gallery and then the National Gallery, how is it to run the Royal Academy?

To be honest, it is more different than I would have expected. I was asked if I would consider moving after I had been at the National Gallery for five years, and I was attracted to the position because I like artists, and indeed architects. The National Gallery does not deal with 20th Century paintings, so that my contacts were exclusively with dealers and collectors and owners, and I missed the relationship with the practice of art. At the Portrait Gallery I was very involved with commissions and the acquisition of contemporary portraits, and also with a new building project.

When you ran the National Gallery you bought the famous painting by Raphael, The Madonna of the Pinks, for twenty-two million pounds. Is this not a remarkable achievement?

It was a huge challenge, because the presumption was that the National Gallery could never match the price paid by the Getty of thirty-five million pounds, and it involved probably eighteen months of fundraising and negotiation. I am proud that we succeeded! 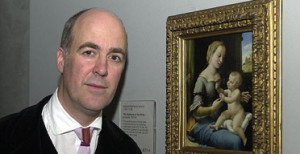 With Raphael’s Madonna of the Pinks. Photograph: Michael Stephens/PA

Coming back to the Royal Academy, is it a similar institution to the Grand Palais in Paris?

The Royal Academy is very unusual in the way it is structured, because it was founded in 1768 partly to represent the interest of artists and their professional status, partly to have an art school, and partly to have an annual exhibition. It was only in the early 20th Century that it established grand cultural exhibitions – equivalent to those held at the Grand Palais. So, in a way it is more equivalent to the École des Beaux-Arts.

How has it been since you started this job in 2007?

I like to think that the Academy has been calmer and more stable than in the past. We have done, I like to think, many very successful exhibitions, including Anish Kapoor, Bronze, and David Hockney, and we have recently nearly completed the fund raising for the renovation of our building in Burlington Gardens.

And what you are showing?

We are about to open a big exhibition of the work of Anselm Kiefer, his first major retrospective internationally. 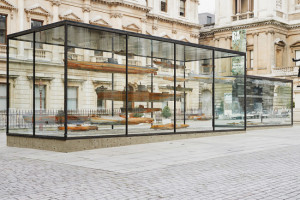 What is your criterion of choice if you have both Kiefer and Bronze?

We are like the Grand Palais in that whenever we do an exhibition we have to attract large numbers, because we have no government subsidy. But we can do any subject that the eighty Royal Academicians want to do. It’s not me who chooses, it’s the Royal Academicians.

And how many visitors do you have?

We are very dependent on the numbers who come to exhibitions. In a good year we have 1.2 million, in a less good year 750,000.

Much less than a museum?

Much less, because we are not a tourist destination. Although we have a Michelangelo, few people come to see it, because we do not think of ourselves as a museum collection.

Why is your institution private?

We were run by the King in the 18th Century! In the 19th Century, when the government wanted to take us on, the artists refused. In the 21st Century there are some benefits in being free of government control.

When you were at the National Gallery you were factious with the government, you said that they neglected culture. Is it so?

I was sometimes critical of the fact that government policy does not pay enough attention to culture. I still think government should think more about the role of the arts in society and in the economy.

But tell me, you said that you moved to the Royal Academy in order to work with artists, but what about the young ones who are not yet so well known?

It is inescapable that the Royal Academy supports and promotes the work of established artists. However, we do also support the next generation, through the work of our post-graduate art school and also our teaching, lectures and public programmes. 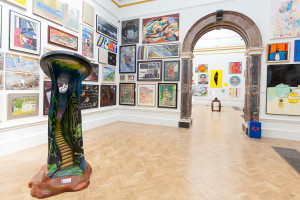 Are there many interesting young artists coming forward in recent years?

London has definitely been a very lively city for the practice of art in the last thirty years, partly because of the strength of the art school system in London.

But it has nothing to compare with New York?

I love New York, but I am not convinced it has been such a dynamic centre for the practice of art as it was in the 1950’s and as London was in the 1990’s.

So where is the centre of creativity today?

I think it’s possible that the centre of gravity is moving to Berlin, because of the availability of cheap housing and warehouse spaces. Many young artists are moving from London to Berlin.

Paris is no more?

I don’t think Paris has been as powerful as a centre since the Second World War.

So the only institutions in Britain left for you are the British Museum and the Courtauld Institute. (He laughs) Are you going to change? Are you thinking of an experience in America?

I am very committed to being at the Royal Academy in 2018, when we will open our new building and celebrate our 250th anniversary.

I am open to offers. (He laughs again)

Do you still write books and articles?

I try to. I have recently published a book about the first year of the Royal Academy and I would like to write a second volume on its history in the late 18th Century.

Is the Royal Family still particularly close to this institution?

My appointment had to be approved by the Queen, and the President and I have to report to her every other year, so there is still a relationship.

And is she interested in the world of the arts?

She is always very well informed about what is happening and asks interesting questions which are not always the ones we expect.

Prince Charles also has a strong interest in painting, and especially drawing, but now focuses his interest through the Prince’s Drawing School, of which I am a trustee. I share his interest in the teaching of students and young people, in the teaching and practice of drawing which is not much taught nowadays in schools or art colleges. I think it is a good training in observation and manual skill and in relating the hand to the eye. 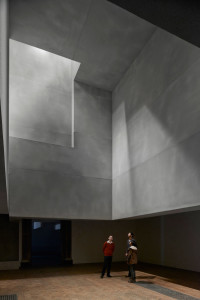 Sensing Spaces Installation at the Royal Academy by Grafton Architects

How many exhibitions does the Academy put on every year?

What do you have in your Summer Exhibitions?

Each year anyone is allowed to submit a work of art for the Summer Exhibition. Ten thousand people enter work.  A committee act as a jury in selecting about one thousand to hang in the Exhibition, alongside works submitted by Royal Academicians. It is much more diverse and democratic than any other contemporary art exhibition.

What are the plans for the next year?

We are doing a big Rubens exhibition in the Spring, which comes to us from BOZAR in Brussels. Then we do the Summer Exhibition. And in the Autumn we have new plans, not yet announced. 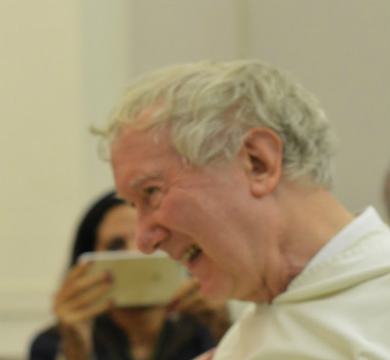 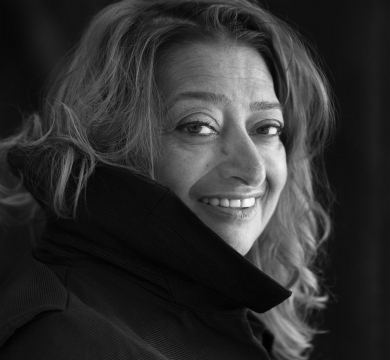 Zaha Hadid at the Royal Academy of Arts 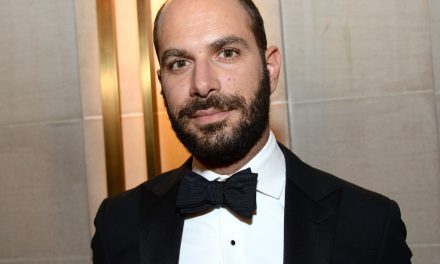