For the love of the devil.

A kind butler lets me into Françoise Giroud’s large Parisian flat, which is not far from Les Invalides, the French Ministry of Foreign Affairs, and the Seine. There are large piles of books in the entrance.

Françoise Giroud is wearing what appears to be a man’s shirt with thin stripes, grey trousers, and a tweed jacket. She’s a smiling woman, and a woman of few words. During the entire interview she plays with and pets her Siamese cat, making time to meet the needs of this animal that is probably her dearest friend.

Why did you choose to write a book on Jenny Marx, The Life Story of the Devil’s Wife?

Because she was the unknown wife of a very well known man. 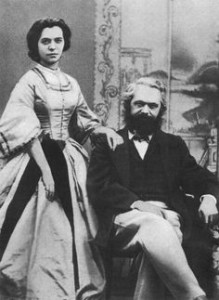 She wasn’t the person one might expect to find at the side of man like Karl Marx. She was from a prominent family of the Prussian aristocracy. She was beautiful, cultured and intelligent, and she was even more convinced of his theories than he was.

However, the true protagonist of the book was not Jenny but her husband?

Yes, of course. Everything revolved around him, but that woman wasn’t without her own personality. She was very politicised from a young age. This responded to something deep down inside of her. She was a born revolutionary.

Do you think Jenny was happy with her fate?

It was a difficult fate – children who died, a husband who impregnated a maid, frightening economic conditions. But she always believed in her husband’s ideas, and she had a great love for him.

Were you ever a Marxist? 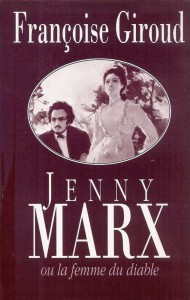 Are there similarities between you and Marx’s wife?

No. I don’t see many similarities. But I’ve always been interested in those women of the nineteenth century who tried to gain their freedom. They remind me of my mother or my grandmother. My mother dreamed about studying to be a doctor, but they stopped her from doing it.

Why, at age sixteen, did you apply to be André Gide’s secretary? And you worked for him for more than a year.

I knew one of his nephews very well. At that time Gide was very famous, and he made quite an impression on me right away because when I showed up at his house he was doing yo-yo lessons with a master. He put me to the test by asking me to put away a book by Sainte-Beuve in his library, and he wanted to know if I’d put it with the letter “S” or the letter “B”. He was always kind to me.

Then you made your journalism debut after that?

No. I was a successful screenwriter for quite a few years.

It was after that that you were one of the founders of the magazine L’Express with Jean-Jacques Servan-Schreiber?

Yes. We decided to create that magazine because we found French publishing to be lacking at that time, and we wanted to offer our support to Pierre Mendès-France’s cause. At that time, the magazine sold one hundred and fifty thousand copies max, but it had great influence. I headed it up for twenty-one years. 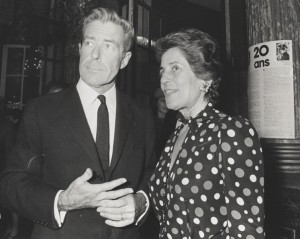 With Jean-Jacques Servan-Schreiber, the co-founders of L’Express.

What do you remember about the L’Express years?

It was a daily battle. During the war in Algeria, we were threatened, condemned to death, and I had to go around with a bodyguard. We had a small editorial team made up of people who were very unified. They believed they were fighting for a just cause. After the war in Algeria, the magazine expanded, changed, and went on to have a circulation of six hundred thousand copies. I personally rewrote all the articles for a very long time.

After L’Express, the new President Giscard d’Estaing nominated you as the first Minister for Women’s Affairs and then as Culture Minister. What was that like for you?

Being inside power was a curious thing. It is a world unto itself, with its own rituals and its own rules. Anyone who enters into that system becomes a captive to it. I survived, I adapted, and I realised it’s not easy to wield power. There is a very powerful bureaucracy that keeps the machine running. I have to say it was an interesting experience. Simone Weil and I were among the first women in the world to be ministers, and thus we really had to get down to work and show that we were capable and competent.

Yes. I like television because it supplies me with topics for going off on tangents of politics and literature, but I only allow myself to enjoy it for four or five hours per week.

If you had to choose from among literature, the cinema, politics, and journalism, which would you choose?

If I had to do only one, I’d choose literature. Writing is a privilege. 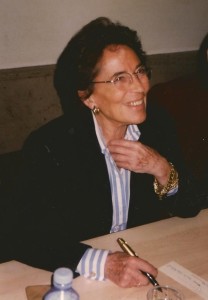 How do you see the world of tomorrow?

It seems like the world is headed in a terrible direction, and in an unpredictable way. France is in a deep crisis, without hope, without a future, and nobody knows why. Of course, there are 3 million people unemployed, but that’s not enough to explain it. All democracies have been destabilised by the end of communism.

When you wrote the Jenny Marx book, did you want to study the origins of communism?

I knew a lot about communism and Marx, but I wanted to go more in-depth into his personal life. I found out that he was a snob, that he played the stock market, and that he wasn’t merely an unpleasant character.

What kind of life do you live?

I live very well. I write two articles per week, and I’m finishing a book now with Bernard-Henri Lévy called Women and Men. I need to write a diary of 1993 for Les Éditions du Seuil. It’s not easy, and I haven’t yet figured out from what perspective to write it.

Do you live alone?

I am an elderly woman. I lived with a man I loved very much, but he died six years ago.

No. I go out often. I see many people.

Are you happy with the life you’ve had?

I’ve done what I could. I have had a full life of friendships, excitement, and adventure. 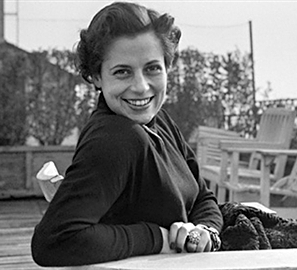 How do you spend your free time?

I read at least one book a week. I read in bed at night. Narrative is having a weak moment. Essays are more interesting. The only great novel that I’ve read and reviewed in the last few years has been Separate Rooms by Pier Vittorio Tondelli. It’s truly a masterpiece. At the cinema, I found Louis Malle’s Damage to be not all that bad. Woody Allen’s latest film is a little masterpiece. Christopher Columbus was dreadful. I get bored at the theatre, though I will go willingly to the opera or the ballet. 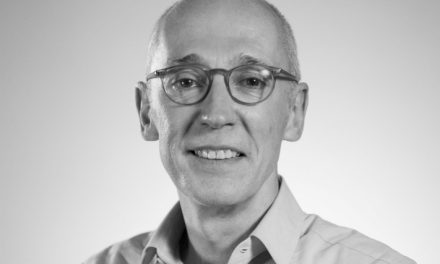 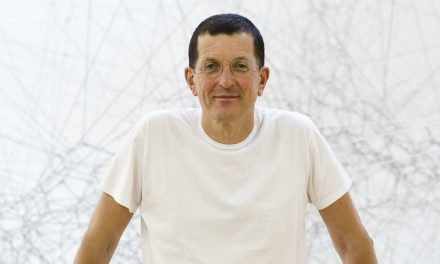