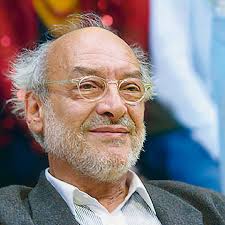 Gaetano Pesce has just arrived in his office in downtown Manhattan at 543 Broadway.

“I have lived in New York since 1980, for 34 years. I love the city, but this summer we have heavy rain all the time and it is quite inconvenient after the very cold winter we just had. I normally love to eat outside in the summer like one is used to doing in Rome or other Italian cities, and also in New York we are taking the same habit. But this summer, no way.” 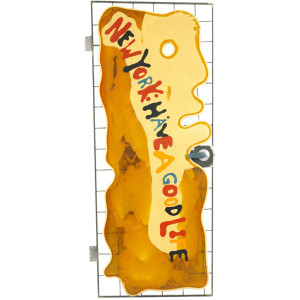 Why did you decide to move to New York and to become a New Yorker?

Because New York in one way or another represents at its best the modern concept of a mix of diversity, in its population, in its values, in its languages. My home is uptown, my office downtown. Every day, when I come down to Soho it is like changing country. This city became the capital of the world in the second part of the twentieth century. Before it was Paris, then London in the Sixties. London is still very intense and lively, but Paris has lost the cultural leadership that it had for the first part of the twentieth century. This is my opinion. You know, as humans we get old, animals, trees get old, and so do countries and cities.

So in your opinion which will be the next capital?

They say Shanghai, but I don’t believe it. Maybe Hong Kong will be a very strong place, but not for the next 30 years. New York will keep its leadership. The quality of life is created by the energy and the presence of young people, and young people come to New York from all over the world because they think that here you can dream and realise your dreams. 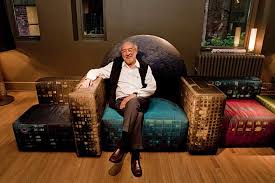 But do you still consider yourself Italian?

Yes, because even if I have been here since 1980 I have not been obliged to change my habits. My mother was from Venice, my father from Florence and I did not have to change my habits. I don’t believe that I am American, but I stay here because it is everybody’s city, Jewish, Korean, Latin American, European. It is a catalogue of human beings. 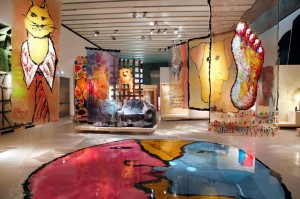 Speaking about your work, you have a retrospective show of your work on at the MAXXI museum in Rome, the museum of contemporary art designed by Zaha Hadid. What can you say about it?

First of all I will say it shows multi-disciplines. There are models of architecture, drawings, sculptures, a record that I made in the seventies, a movie that I made for the Modern art Museum in New York. The title of the show is “The Time of Diversity” because from the time of the French revolution, where one of the three main words was Égalité, today Égalité is no more a symbol of our society. When two things are equal they have nothing to say, but things were never equal. Never. And when some political movements like communism tried to transform society into an equal one they failed. Today we live in a time of diversities and my show in Rome is about it. 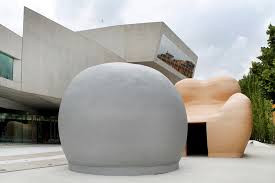 I also want to add that in the show, in the little square just outside the Museum, there is a big armchair 7 meters high. That is an enlargement of an armchair that I created 35 years ago in the shape of a woman’s body, with a sphere attached to the foot – like the image of the prisoner.

What are your new projects about?

I am drawing on resin and I call the drawings skins. They allow me to work in 3 dimensions and it is an imaginative way of drawing on a material that I have known for a long time; and I work it. It is a material of our times and not like paper. Paper is an old material.

Yes, absolutely, more so than others. In New York all the time there are so many interesting exhibitions. I myself have an exhibition of drawings in New York.

Don’t you think that prices are going too high?

Maybe, but I don’t find it so relevant. Prices go up and down and artists go on working all the time. Art in general moves where there are good economic conditions; Venice and Florence were rich cities during the Renaissance and art was flourishing, like it was afterwards in Paris and in New York… There are of course always surprises, but it is part of the game. 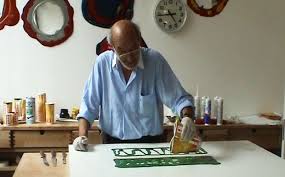 I absolutely keep on working. 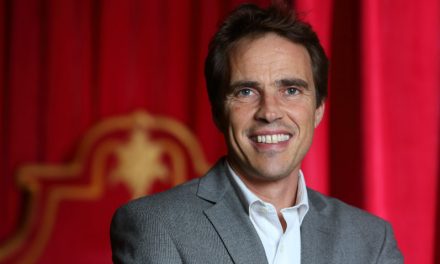 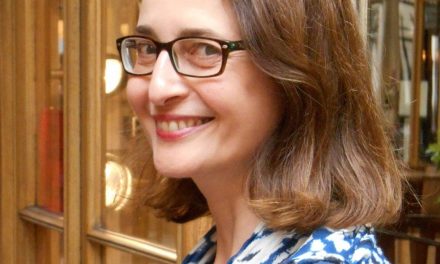 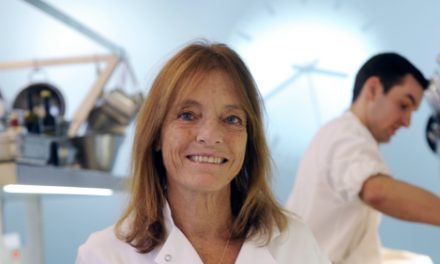