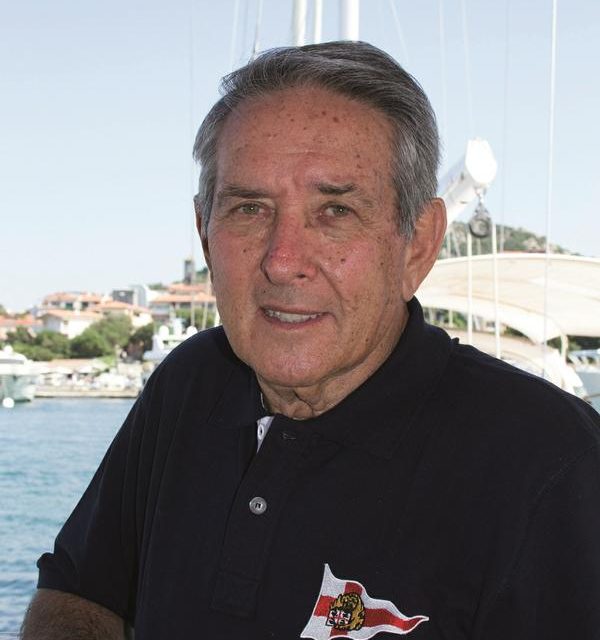 CREATING WORLD HERITAGE. Count Luigi Donà dalle Rose is a Venetian who has spent fifty years making the marine village of Porto Rotondo in Sardinia beautiful and fascinating. Over time he has transformed Porto Rotondo into a glamorous and celebrated residential tourist center. Now Luigi Donà dalle Rose’s dream is for Porto Rotondo to be included in the artistic heritage of humanity, under the patronage of UNESCO. It is a dream that he dedicates to his late brother Nicolò, and friends and artists who have shared their initiatives over the years.

Why did you and your brother Nicolò decide to create Porto Rotondo in 1974?

We really loved Sardinia, which we got to know as small children thanks to our father who taught us to navigate the seas, to sail, to fish underwater, and to get to know the island. This was in 1949.

Was Sardinia much different back then?

It was virgin territory. There was no tourism because there was malaria. Malaria was wiped out when the Americans bombed the island with DDT. After that, the Sardinia coast became liveable.

How did the Sardinians survive there?

The Sardinians survived because they’d developed self-defence mechanisms over the centuries.

When you decided to create Porto Rotondo had the Aga Khan already created Porto Cervo?

No, not yet. He had plans and had started on the first part of the project. There were three hotels that started with just a few rooms, a golf course, and a plot of land for gorgeous villas with wonderful architecture by Luigi Vietti and Savin Couelle, who had done Cala di Volpe.

We started two years later. The land, which was about 300 hectares, was purchased by Count Vittorio Cini after he heard from a friend that Karim Aga Khan had purchased a beautiful piece of land in the Gallura area and had come up with the wonderful name of Costa Smeralda. Cini was Venetian, a friend of our father’s. He knew us and asked us to work on a project to develop this coast because he felt he was too old.

“We came up with a plan. We saw the value of the Aga Khan’s project.” 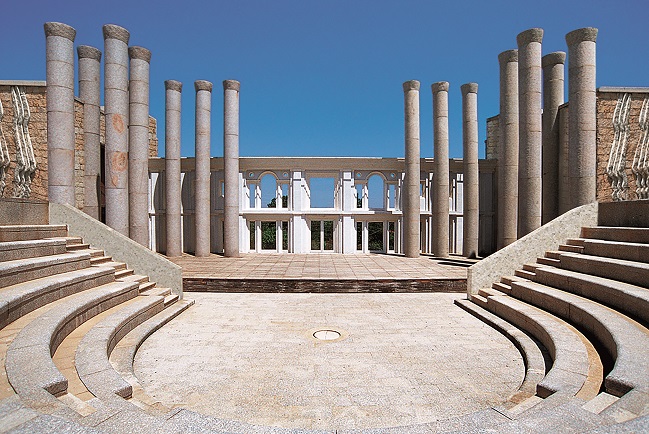 The project has been developed in collaboration with the Italian sculptor Mario Ceroli.The theatre in Porto Rotondo can host up to 800 people. The proscenium is in marble and precious woods, with windows that open onto the beautiful green and wild landscape of Sardinia.

How did you buy all that land?

Cini bought it. The land on the coast was unusable for the goats, sheep, and cork that were an important part of the South of the island, so large swathes of land on the coast were considered worthless and were bequeathed to women because they couldn’t be cultivated.

What did you do?

We came up with a plan. We saw the value of the Aga Khan’s project. He was a friend. I had met him in Switzerland, and we shared a passion for ski racing.

Did he help you?

We were quite independent. The Costa Smeralda was very international, whereas Porto Rotondo was a destination for Italians. Our friends from Cortina, Romans, Bolognese, Florentines and Venetians immediately came to take a look. The first building was the Hotel Sporting, which to start with was a villa with ten rooms. We let Alfredo Beltrame manage it. He was a friend of ours from Treviso, a great restaurateur who started the famous Toulà restaurants. We gave Ira von Fürstenberg a flat in the Piazzetta, the first apartment designed by the Venetian architect Alessandro Pianon. It is called Piazzetta San Marco because it is Venetian, and the pavement of the square is a large sculpture by Andrea Cascella, who won the Venice Biennial in 1964.

Who came to Porto Rotondo?

Some of our friends who came from the beginning included famous names like Walter Chiari, Virna Lisi, Claudia Cardinale, Renato Guttuso, Vittorio Gassman, Shirley Bassey, Gianni Morandi, Monica Vitti, Franceso Rosi, and Mogol. These were names that really drew people here. Umberto Agnelli bought an apartment, as did the Ruspolis, the Barillas, the Bonellis, the Krizias, etc.

What is the story of the San Lorenzo church?

It was created to honour my father Lorenzo, with the help of my mother Clelia. It is just past the Piazzetta, and, in Venetian tradition, is surrounded by houses. Cascella built the facade, altar, and cross. He said he’d bring in a young sculptor, Mario Ceroli, for inside the church. Ceroli worked in wood and glass and represented the silhouettes of figures created by shadows of people as projected on a piece of paper. Many great people are depicted in the church, including actors and friends. Ceroli represented a tree of life made up of human figures, starting from my mother on her knees as the roots of the tree and including all the members of our family. “The Last Supper” is represented with all of the friends who helped create Porto Rotondo.

The bell tower was created later, also by Ceroli. The silhouettes of all the popes of our lifetime are on the parvis of the southern façade, also created by Ceroli after five or six years. We imagined and conceived Porto Rotondo as an agora.

How was the port created?

It was a natural port and the first quay was Roman. In the quarry up above they made the columns that were later taken to Rome. Two of those columns are at the entrance to the port. We built the main pier and for the first ten to fifteen years the yachts docked there. Later, we completed the port and built the yacht club, where we are now doing this interview.

How have Porto Rotondo and Porto Cervo co-existed over the years?

They have coexisted with great respect for each other. There were more foreigners in Costa Smeralda. At the Sporting Club in Porto Rotondo you could find at the same time three kings, Gianni Agnelli, Edmond de Rothschild, and of course there were always celebrities like Claudia Cardinale and Raquel Welch, and it all became so magical. I remember that at the Sporting Club there were two nights in a row when Shirley Bassey sang accompanied by the piano and she sang along with Paul McCartney who was also at the hotel. So magical!

Does that Porto Rotondo still exist or are those days over?

Many of those people are dead, or are in their eighties or nineties, but Porto Rotondo is not out of fashion. There are the children of their children – the Hanns, the Feltrinellis, the Barillas, the Ruspolis…

When the Aga Khan left, that was a big blow to the Costa Smeralda. When he couldn’t complete his dream he became disillusioned, and all of this part of northern Sardinia has been affected by that.

But you are still hanging on?

Yes, because I spend my time working with the Porto Rotondo Foundation, of which I am the president. I’m completing the work of connecting the square to the bell tower and the church and theatre.

Do you spend a lot of time here?

I spend seven months of the year in my home here.

Silvio Berlusconi has his famous Villa Certosa in Porto Rotondo. Have things changed much since he came here?

It certainly raised the profile of this place, because he brought important people like Vladimir Putin and Tony Blair. Berlusconi is part of a community of people who come here often. For example, he came for the inauguration of the bell tower. 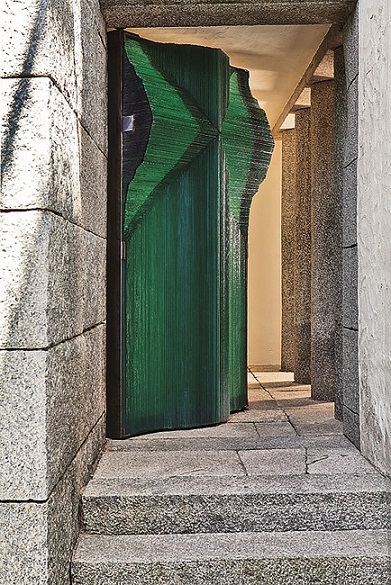 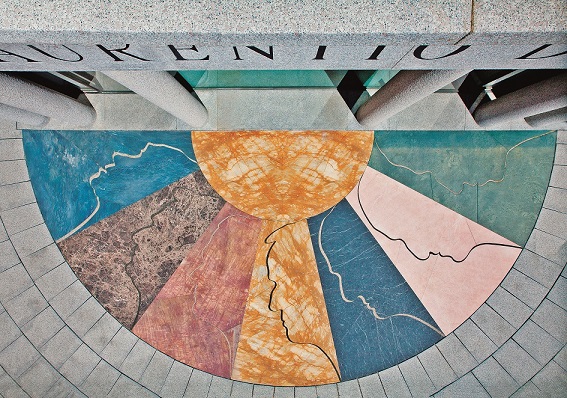 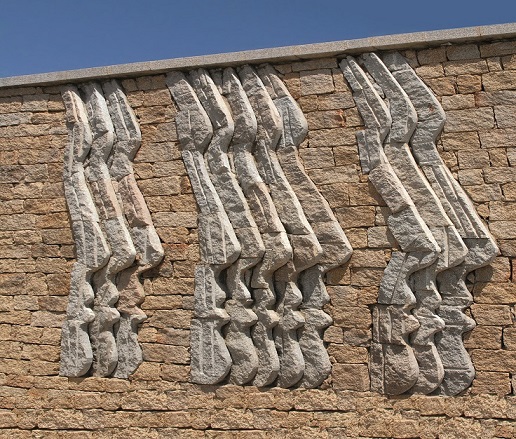 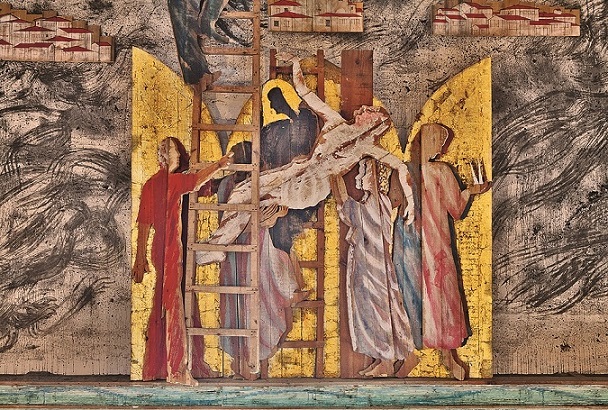 Descent from the Cross 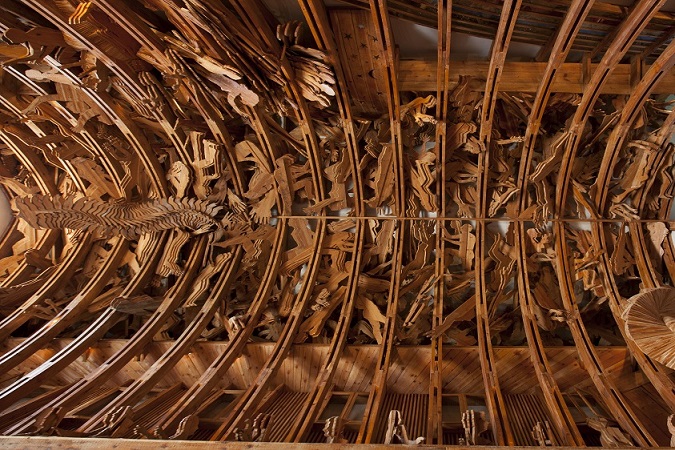 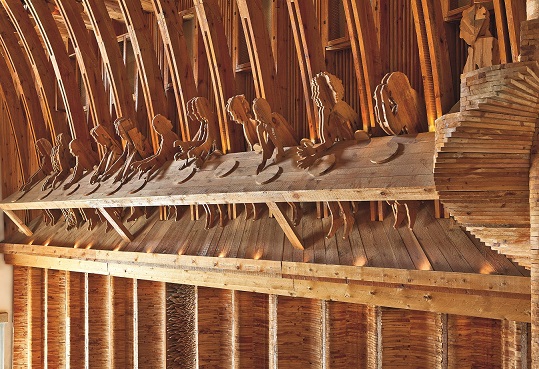 “The Porto Rotondo harbour boasts some of the most beautiful boats in the Mediterranean.”

Ultimately you are a Venetian, with roots that go way back. What is so special about this place for you that you have dedicated your life to it?

There may be a madness behind it, but it’s the culture. Gian Franco Brignone also asked me to play a big role in Careyes, a wonderful place in Mexico. I hope that Porto Rotondo isn’t destroyed and doesn’t lose its Italian culture. I hope my children and grandchildren will be able to see Porto Rotondo in the future. The sea, the beaches, and the climate are unique and the Porto Rotondo Foundation is looking to ride the wave of a sustainable, circular, and technological economy.

No, it’s easily affordable. There are very simple apartments that are time-share units.

When is the best time to visit?

July and August, but we are reliant on the airlines. Since Karim left there are fewer connections and costs are higher. You can see some beautiful boats around here, racing boats. There are important regattas here, and the Porto Rotondo harbour boasts some of the most beautiful boats in the Mediterranean. We used to have Rivas – very high-quality motorboats – docked on the pier. When Luca Borletti bought the first Magnum 35, I remember asking him, “Are you mad?” Today there are 75-metre yachts as well as all the other boats that keep the village running. I would like this place to become a “borgo dell’arte” (village of art), a world-heritage site. 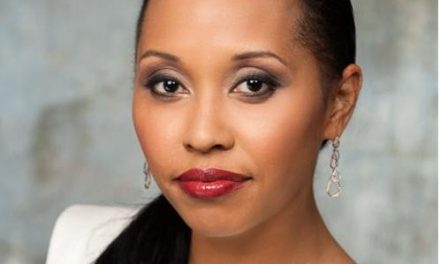 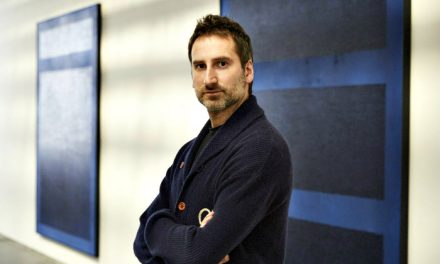 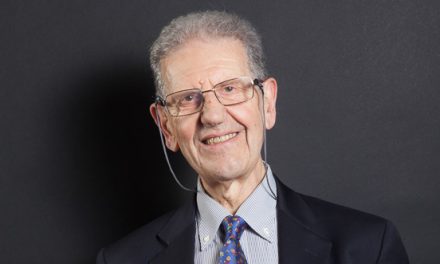 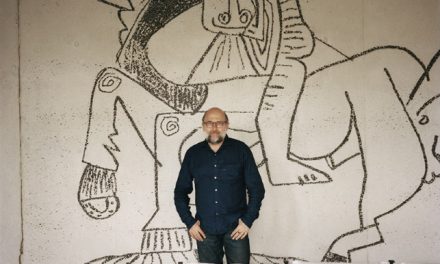