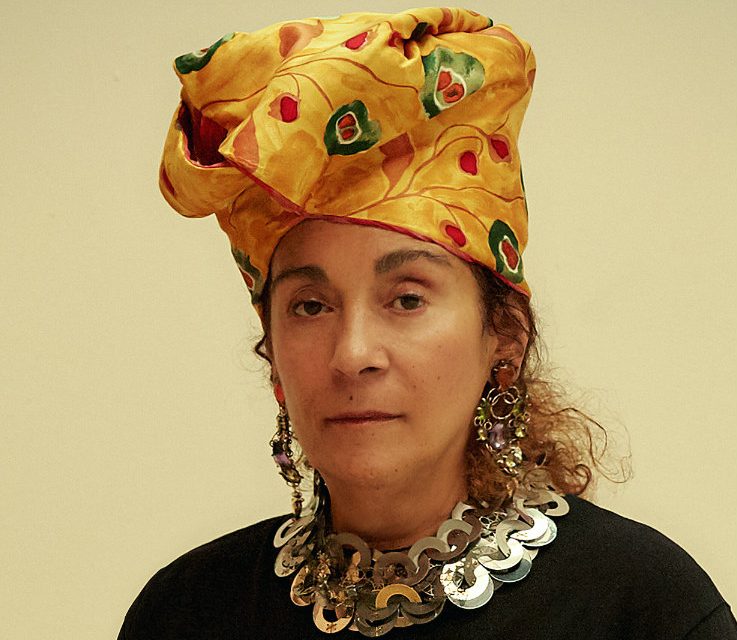 DOYENNE OF DESIGN. Nina Yashar founded the famous Nilufar Gallery in Milano, which has become the reference point to lovers of historical design as well as to people following the evolution of contemporary design. Nina works within ‘interdisciplinarity’, shifting in her career between different cultures and between carpets, furniture and contemporary art. Nina Yashar also has the Nilufar Depot, a large exhibition space in Milano.

This interview is also available as a podcast here.

Nina Yashar, when did you move into art?

This year was the first year that I selected an exhibition of art. I devoted the Nilufar Depot to an installation of three artists in sculpture: Jonathan Trayte, Nao Matsunaga a Japanese artist, and Irina Razumovskaya a Russian artist. I had preferred to stay in my own field of design, but I love sculpture and thought this could be my next step.

Where were you born?

In Tehran. My father was a famous carpet dealer who moved to Milano in the early 1960s.

Why did he leave Iran?

He had the vision to see the political issues that would come and he moved his family to Europe twenty years before the revolution. I studied in Italy, and after high school and going to university in Venice I worked with my father in his warehouse of antique and contemporary carpets which came from all over the Asian countries. After six months I realised I didn’t like his taste.

Did you tell him?

Yes. He challenged me to find my own space and in 1979 I found a gallery on via Bigli in Milano. My father told me he was only going to pay the rent for the first year and after that I was on my own. I chose the nicest antique pieces he had in stock and opened with them, and then I organised exhibitions of pieces nobody knew and my real adventure started there. My first exhibition was on the motif of the rose in the carpet. In the 80s nobody knew this typology of kilims, so people paid attention, and next I did the very unusual Gabbeh tribal carpets from south-west Iran. I started out with my own vision and my own narrative in carpets, because I was young and surrounded by very important carpet dealers with whom I couldn’t compete.

After 12 years I was obliged to find a new gallery space, and I moved to via Manzoni and started to collect French Provençal furniture, very popular at the time. At the same time I also found the gallery space in via Spiga and therefore for a year I decided to keep both open. I used to go to New York to buy antique carpets, and one day when I was with a carpet dealer on 57th Street and 5th Avenue I saw something whose provenance I could not recognise. I had to ask the dealer for its provenance three times before he would tell me it was from Sweden. Two months later I went to Sweden, and I bought twenty-one Swedish carpets in four hours from the most important antique carpet gallery in Stockholm.

Did you also buy furniture then?

I had to stay in Stockholm for three days and so I went to a huge warehouse full of furniture that was very affordable compared to carpets. I started to buy chairs and tables without any knowledge, and when I showed them to a designer friend in Milano he said these are important pieces of Swedish mid-century furniture by Hans Wegner and Bruno Mathsson. I held my first exhibition of Swedish carpets and Scandinavian design and I couldn’t stop buying it. For the first three years of my career in design my full attention was on Scandinavia. After three or four years I started to buy French and American furniture, and Italian mid-century furniture like Gio Ponti, and now I am very specialised in that. I like to investigate the 70s, people like Tobia Scarpa, Mario Bellini and Gabriella Crespi.

“What I am really interested in is the ‘interdisciplinarity’ of different cultures.” 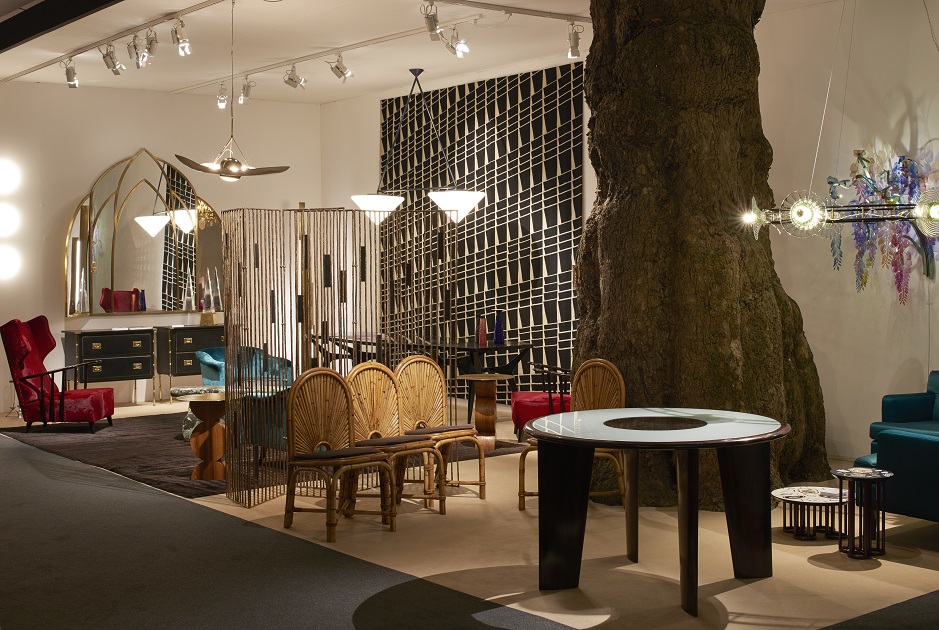 Nina Yashar, as an Iranian born woman how do you feel about living in Italy?

I actually feel more Italian. I didn’t speak Farsi with my family because my sister and I wanted to adapt immediately to Italian culture, but in my blood I have the cosmopolitan vision of Iranian people, who are very open to different cultures. What I really enjoy is to buy in new situations. This is the leitmotif of my career, which informs all my choices, which are never connected to one single period or one geographical area. What I am really interested in is the ‘interdisciplinarity’ of different cultures. I was in Tibet and Nepal twenty-eight years ago and came back with a huge container of furniture. Eighteen years ago I went to Tokyo for the Prada Foundation with its artistic director Germano Celant, and ended up buying 18th and 19th century screens and kitchen furniture and lanterns.

Are you worried by what is happening in Iran now?

I am very worried for my country. Culturally speaking Iranian artists are very advanced, but they are obliged not to express themselves very well because of the regime.

How else have you expressed your ‘interdisciplinarity’?

Fifteen years ago I started to address the challenge of contemporary design. I was talking with Ron Arad and he said he would like me to see the work of one of his students, Martino Gamper. As soon as I saw it on the internet I flew to London and when I asked Martino what he was doing he said I am working on a project which is called 100 Chairs in 100 Days. I bought them immediately, and this major work has been shown at fourteen museums around the world. I have never sold any of the pieces. I defend the integrity of the work and keep all the pieces together.

We have shown at PAD, London’s leading fair for 20th Century art, design and decorative arts. In this 2019 edition of PAD I started the concept of the installation of my Nilufar Gallery booth with Michael Anastassiades, a Cypriot designer based in London, and include work by Bethan Laura Wood, Osanna Visconti, Gabriella Crespi, Ico Parisi, Vladimir Kagan and Jacques Adnet. In December we will show in Los Angeles with a new edition of SQUAT Los Angeles, at 830 North Highland Avenue, until February. It will be a the longest edition of SQUAT so far, showcasing a curated presentation of modern masters and contemporary design in a 5,000 sq ft industrial space transformed, for the occasion, into a series of tangled atmospheres harbouring more than 150 design pieces by over 40 designers.

“Milano is very important for the diversity of its artisans and architects.”

Nina Yashar, nowadays the works of Italian designer Gio Ponti and mid-century furniture designers sell for high prices, but furniture styles come in and out of fashion. Will this market in which you specialise continue?

I don’t think the 1950s and 60s are a fashion. I absolutely think they are not. We are talking about masters. The rare pieces of Gio Ponti, such as La Casa di Fantasia interiors sold at Phillips in June 2019, sell for a big quantity of money; and why not? It is art. I bought Carlo Mollino chairs for my dining room sixteen years ago and I love them, and I will never sell them even if now they are worth four times more. These chairs will remain precious!

Has Milano once again become the design capital of the world, as it was in the 50s and 60s?

Design in Milano has grown bigger than fashion, and people come from all over the world. Milan went through a long period of silence until six years ago. We had an incredible, glorious period and then after the 1980s we had a very dead period up until Expo 2015 in Milano, which concentrated on cultural development and when many social events were held. Now Milano is once again in a very glorious moment. The Americans, English and French are buying houses, and real estate is finally becoming international. Milan always was a little provincial, but now it is a focus for investors. The Salone Internazionale del Mobile di Milano, the annual Milan Furniture Fair, is important, and everybody wants to show something. Luckily I opened Nilufar Depot exactly at the beginning of this period when Milano started to be a real hub. Every year it is a real challenge to exhibit interesting content and I made a show of the Italian-born Brazilian Lina Bo Bardi, whose work I collected for four years.

Does Milano now compete with Paris?

The French are stronger than us and we cannot compare Milan to Paris, even if we can compare French and Italian design. The French dealers have always had a big sense of nationalism. They defended the main names of French historical design and created the biggest market in the world. They are the best dealers at creating icons, and have been presenting the same pieces of French design for twenty-five years. They made design like a fashion label; all the biggest collectors want a piece of this action. This sort of unity doesn’t exist in Italy. Unfortunately Italy has never been able to build such unity in design because culturally Italy has war between its regions in its DNA. But Milano is very important for the diversity of its artisans and architects. Italy has much more creative genius than France. Italians are more elastic and volatile, always ready for cultural change and to discover the new. 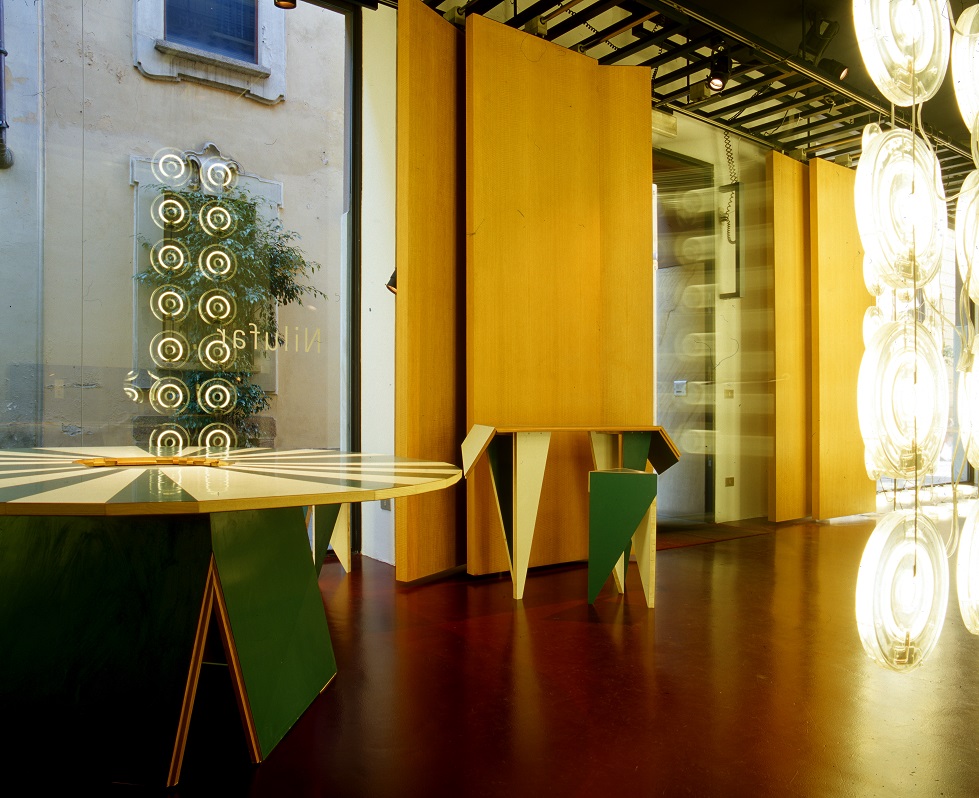 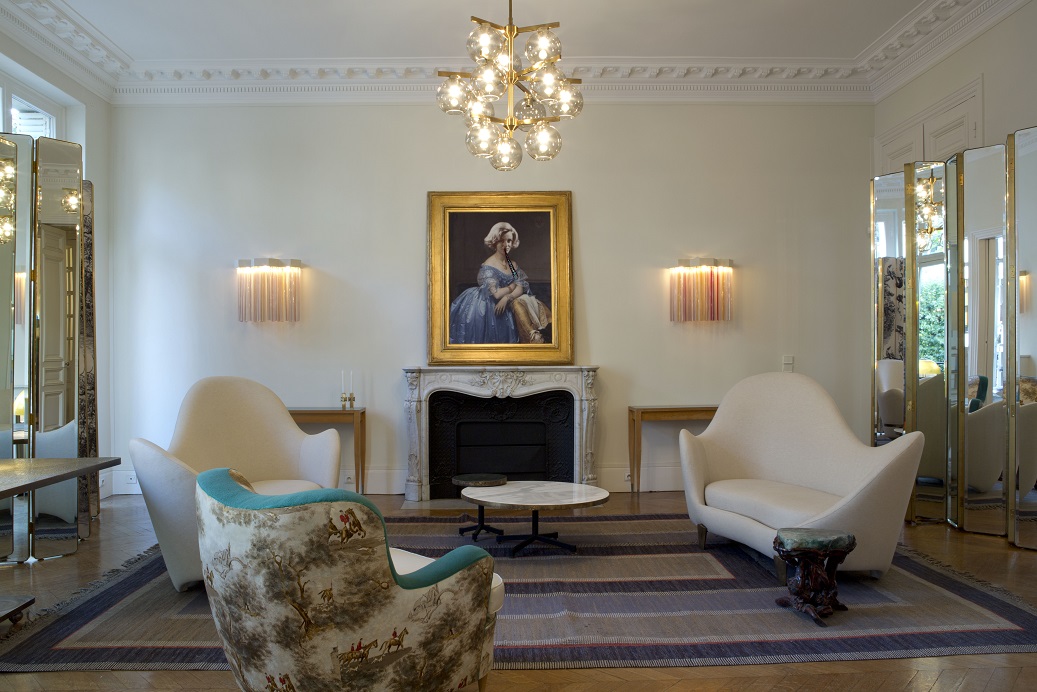 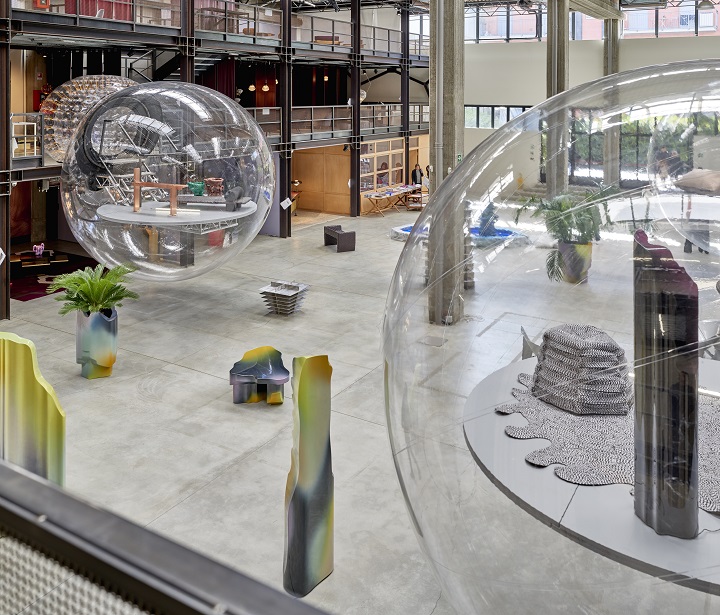 “In this time of globalisation sometimes you lose content and forget amazing things.”

Nina Yashar, what is your next discovery going to be?

I want to explore China and Korea more; and I am looking to do pop-up exhibitions of Italian contemporary design in Asia.

What are you planning for the 59th Salone del Mobile, the next International Furniture Fair in Milano which will be held in April 2020?

I am planning to go back and to show important unique historical pieces. In this time of globalisation sometimes you lose content and forget amazing things. Why not show the 100 Chairs by Martino Gamper? I want to endorse masterpieces, not to lose them, and at Nilufar Depot I have 2,000 square metres to play with!

Are you a curious person?

Very. “Into the depths of the unknown to find the new!” as Baudelaire says. 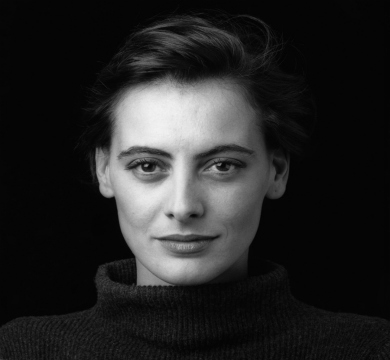 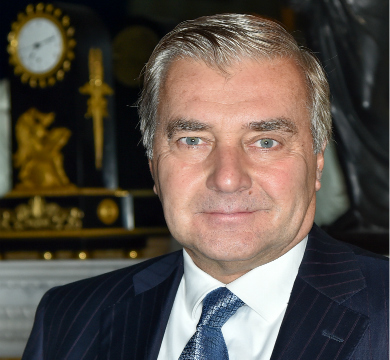