The architect Renzo Piano meets me shortly before the ninth Biennale dell’Architettura opens in Venice on the theme of Metamorphosis in 2004. 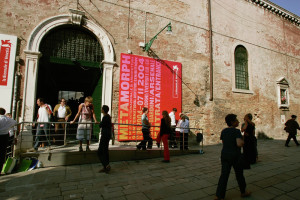 Renzo Piano, in 2000, you won the Leone d’Oro for career achievement. What does this show mean for you?

I think it’s a good thing because it is continuing – albeit in a different way – to keep the general public’s attention on architecture. Architecture has come out of its limited arena.  It’s less of a lofty niche art, and it’s finally art for everyone, and people are getting passionate about it because it is imposed on them. Imposed in the sense that if someone makes an ugly building or an ugly city, this is imposed on people. It is wonderful that architecture has come out of its narrow space, and I would invite people to go visit the Biennale. What I think is important about the Biennale is the fact that the architecture is able to breathe in the light, in the wind, with transparency and depth. For thirty years now I personally, since the time of the de Menil Collection in Houston, have had buildings designed by light. Today all the immaterial elements, like sound, colour, and transparency, come into play to create a feeling. This is why the title of the Biennale, Metamorfosi, is just right. For example my Kanaki building in New Caledonia is a building that breathes and makes sound. The building I’m working on now for the headquarters of The New York Times is a 300-metre tower that gets its colour from the surrounding environment and the reflections of light. 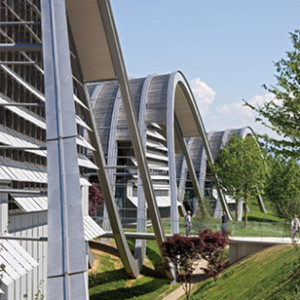 Do you have works on display at the Biennale this year?

Yes. There is the new project for the Paul Klee Museum in Bern, which will open to the public on 21 June, 2005. It will be an anthology of Klee’s works where all of the collections, including those of his grandson, will come together. Then they chose the auditorium project in Rome. I think it is right that the Biennale’s curator Kurt Forster chose these projects, because they are both metamorphoses. Klee’s is like a transformation of the land, and the auditorium is a metamorphosis as well because we are talking about large buildings…using different themes, the Biennale is going ahead, seeing ever greater participation in architecture as a social issue. And this seems like moral and civic growth to me. Forster is right. Architecture is a metamorphosis. 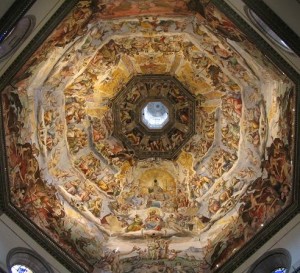 Dome of the church of Santa Maria del Fiore, Florence

However this is also true of great examples of architecture like those by Alberti or Brunelleschi?

Yes. For example, if one looks at the cupola of Santa Maria del Fiore in Florence, not only is it a great work of architecture from a classic, scientific and constructive point of view, but it’s a creative masterpiece in terms of space – that enormous space that “floats.” In churches, for example some churches by Bernini, often there is an element of extraordinary expressiveness, such as that ray of light that suddenly cuts through the semi-darkness. We should never forget that architecture isn’t just expressive, or a way of communicating. There is always invention in terms of the collective consciousness and scientific invention because there’s research, the challenge of man. We are always anxious to make discoveries. And then we can add in the big theme of “sustainability of the city.” The theme of waste, renewable energy, rebuilding the suburbs, and new uses for abandoned industrial zones. 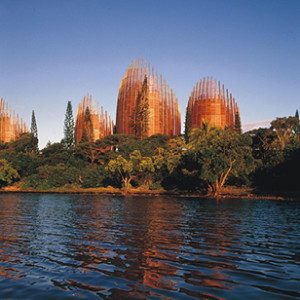 Is the Biennale’s function to show the avant-garde and new trends?

It bears witness to the desire to make discoveries. Research is a very wonderful, important word. The avant-garde often seems like a parody of research, and so it’s less interesting to me and whoever is interested in research. I think that saying that the Biennale shows the avant-garde is dangerous because it isn’t just about surprising but about doing real research. Often “avant-garde” is spoken in the same breath as a big word that I think is overblown – the word “freedom.” Freedom is a wonderful idea. But there’s, for example, something Stravinsky wrote that says that it is very important for an artist to be limited to focusing on a specific idea. Self-discipline brings additional strength, a greater ability to go in-depth. It is better if one has the ability to stay focused on an objective. The artist’s extreme stubbornness is often being self-disciplined in a specific area. The avant-garde often creates an interesting, multi-coloured world, but then at a certain point one needs to understand what really comes out of that; it can get caught up in the headiness of apparently meaningful research and become a purely theoretical exercise. Naturally there’s a bit of everything when you hold a big show. Architecture is a serious thing because it is a craft that people rely on. Architecture represents man, and it is, first and foremost, a refuge for man himself. 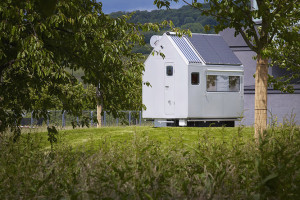 Diogene Hut, an off-grid shelter for one person.

What about the problem of security in today’s world?

It continues to be the same problem. There is no technical urbanistic solution to terrorism. The response is human and political, and not technological. The only technical response to terror could be to live in caves, and that wouldn’t be a response then. The security I’m talking about, however, is that the work needs to be, first and foremost, a solid refuge. 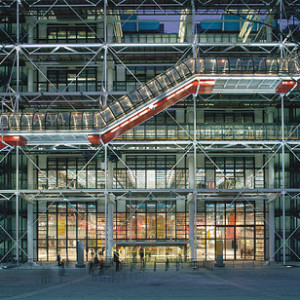 Can the proof of this solidity in your work be seen definitively in the Georges Pompidou Centre in Paris?

Yes. It is a building that has had almost two-hundred million visitors in twenty-five years.

What is important to you?

The most important thing at my age is to know what I’m looking for artistically and professionally. It’s about finding it. 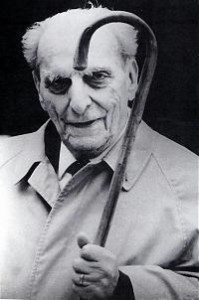 Haven’t you found it yet? 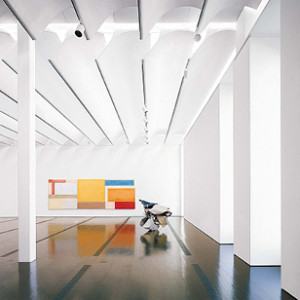 So what are you looking for?

In every project that I carry out – for example if I’m working on the Whitney project, on New York’s Madison Avenue, Columbia University, or other projects – I try to apply the sacred principle of freedom, but I do so carefully. Another thing that I like to do is to try to pass on what I’ve learned to young people, and I do this via my small Workshop Foundation, which is based in my Genoa and Paris studios. The only way to pass things on to others is through example. The “bottega,” which is an idea as old as the world. Young people learn by standing alongside you as you work.

It’s what would be called the “senior artisan” in a workshop. At a certain age, you need to know what you want. At this point, my compass is taking me in a certain direction, but I’d like to slow this thing down, because the nature of being human limits us. 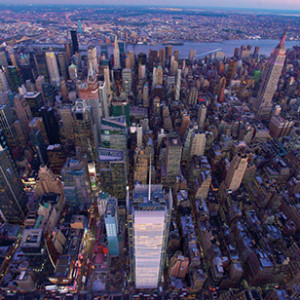 What kind of mark would you like to leave on the world?

Instead of making a mark on young people, I’d like to plant seeds in them. When they work with me, students understand that many things they learn at university aren’t true. We mix poetic moments with pragmatic ones in architecture. It is the most materialistic and idealistic art one can imagine.

A final question. Can contemporary architecture be built and placed in the historic centres of ancient art cities?

The Georges Pompidou Centre in Paris was a classic case of evolution and layering, so it was logical to continue to build there. The Beaubourg area is not, however, historic in terms of art. I would have a hard time doing something similar in a historic/artistic context. 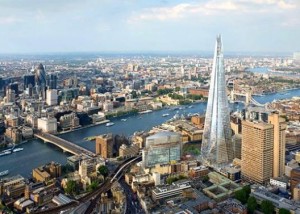 © Images are courtesy and copyright of Renzo Piano Building Workshop, their respective owners, assignees or other. 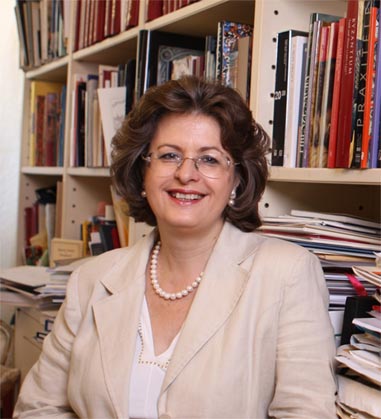 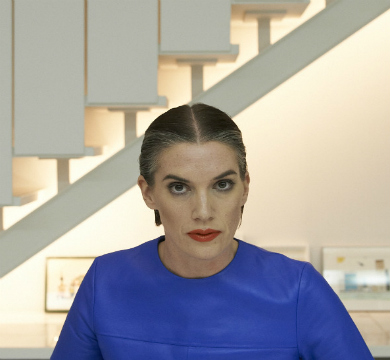 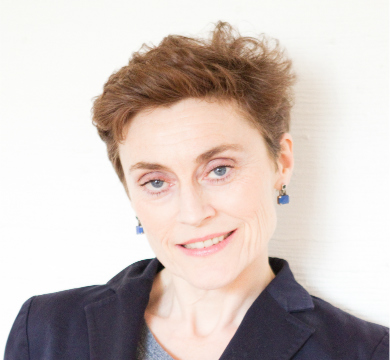