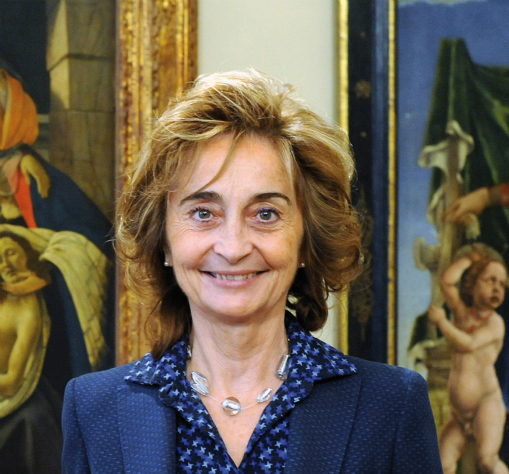 ART IS LIMITLESS AT THE POLDI PEZZOLI. Annalisa Zanni has dedicated a large part of her life to Milan’s Poldi Pezzoli Museum, the former home of one of the city’s most prolific art collectors. She began working on educational programmes here during her university years in the 1970s and worked her way up to the directorship in 1999. In 2011, she was awarded the city’s highest honour—the Ambrogino d’Oro award—for the work she has done in modernising and promoting the museum. She says that the fact that “art is limitless” is what drives her passion for this unique institution.

You’ve worked at the Poldi Pezzoli Museum for many years now.

Yes, I started with the museum while I was at university in the late 1970s. I worked on an educational programme with elementary and middle schools, offering an alternative to traditional visits. It was an itinerary with just a few pieces and the opportunity to learn about them in-depth, observing the works and their textures in detail.

Can you describe the Poldi Pezzoli Museum?

Who was Gian Giacomo Poldi Pezzoli?

He lived from 1822 to 1879. His mother was Rosina Trivulzio, who came from a family that had played an important role in Milan’s history since the fifteenth and sixteenth centuries.  His grandfather Gian Giacomo Trivulzio was a passionate book collector who brought Dante to light by publishing Convivio. His grandmother was Beatrice Serbelloni who held a famous salon during the age of Enlightenment. This branch of the family included the collectors, but the money came from his father Giuseppe Poldi Pezzoli, a wealthy landowner who had inherited a lot of property between Bergamo and Parma.

No. He wasn’t married, but, in looking through the archives, it is apparent that he had intense correspondence with numerous young ladies, including many actresses.

What is included in his collection?

There are two important time periods and themes, first patriotism because he supported the insurgents during the “Five Days of Milan” in 1848. Therefore, he had to go into exile, first in Switzerland and then he travelled throughout Europe. During his exile, he visited many homes, and entered into French society where he saw the direction French architecture was taking during that time, with a revival of the past in interior design as well. He was inspired by the Hotel De Cluny and the Hotel Des Thermes, with furnishings and objects that showed a taste for the artistic history of the past.  When he returned from exile, after paying a fine of 600,000 liras, Gian Giacomo had an idea for a new project. He was interested in bringing back the art, beauty, and past that would become a common language for all Italians.

“The Poldi Pezzoli museum is one of the most wonderful “souls” of Milan.” 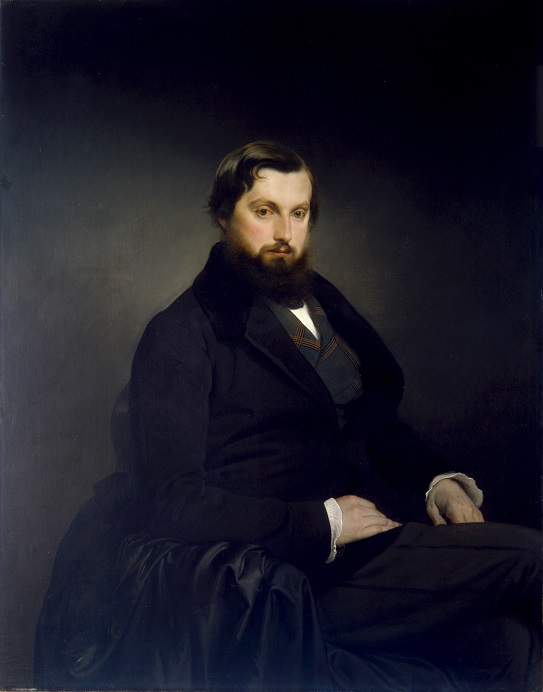 What did he do after that?

He took up collecting. Around the 1850s, he connected with the Accademia di Brera painting gallery and the artists who showed their works there, and he bought many of these pieces. Then he abandoned this line of collecting because he’d discovered ancient art and began avidly buying the extraordinary works that are displayed in the museum today.  I’m speaking, for example, about Andrea Mantegna’s Madonna with Child, one of the first works with tempera on canvas. Or The Portrait of a Young Lady by Piero del Pollaiolo, which is our museum’s symbol, or The Muse Terpsichore by Cosmè Tura, which was part of a series of frescoes from the Palazzo Schifanoia in Ferrara. Then there’s the famous panel showing Saint Nicholas of Tolentino by Piero della Francesca that was part of a polyptych for the high altar of the church of Sant’Agostino in Sansepolcro, and the panel was taken from that. During the Napoleonic era, many pieces were put on the market and were taken from the places for which they had been created. Later, there was also the Madonna of the Book from Botticelli’s earlier period, and another Botticelli from 1499—the Lamentation.

Did Poldi Pezzoli only collect paintings?

No. The house museum has a series of different areas with the paintings and decorative-art objects he collected. They are immersed among the nineteenth-century frescoes, doors, and furnishings, all of which reinterpreted the various eras of the objects collected. Take, for example, the medieval gothic period with the armoury (which, in June of 2000, was reworked and reinterpreted as an installation by Arnaldo Pomodoro).

Who owns the museum today?

In his 1871 will, Gian Giacomo decided to give a foundation the part of the palazzo with the artworks and areas he’d entrusted to the contemporary artists and artisans to create this “residence from the past”. He had created an artistic foundation, giving over the house in perpetuity for public use and benefit. He really was a visionary because many owners opened their homes to the public but they didn’t know how to sustain them. He left a fund of 8,000 liras to cover the expenses and the purchase of new works. The Poldi Pezzoli was not meant to be a closed monument.

Were many new works purchased?

At the beginning, yes, with Canaletto and Guardi and works of decorative art, but the two World Wars left us with a devalued legacy. Today, the museum is still an artistic foundation that is recognized as a body of national interest by the Ministry of Cultural Heritage and Activities (MIBAC). The decision was made to create a board that worked to sustain the museum. Representatives from the city, the region, and the ministry are chosen by civil society to be part of this board.

How many pieces are there in the museum?

More than 6,000 pieces including painted objects. In addition to the paintings, there are glass pieces, sculptures, porcelain objects, weapons, furnishings, jewellery, textiles, and carpets.

“Every time I visit the museum’s rooms, I discover something new because art is limitless.”

How many people work in the museum?

There are eighteen including the custodians. In addition, there are volunteers who are truly important to us. The staff is incredibly committed, professional, and passionate.

How many visitors come per year?

Depending on the exhibitions, between 50,000 and 60,000 visitors. We are more well known abroad than in Italy. Tourists seek out the Poldi Pezzoli Museum because it has been a model for all of the other museum homes. Keith Christiansen, John Pope-Hennessy Chairman of the Department of European Paintings at the Metropolitan Museum in New York, says the Poldi Pezzoli is similar to the Wallace Collection in London, the Frick Collection in New York, the Isabella Stewart Gardner collection in Boston, and the Jacquemart André collection in Paris.

In your many years as a curator and now director, since 1999, of the museum, what changes have you seen?

The museum has changed because of the many donations and the fact that Milan’s civil society has really embraced its museum.

What donations have been made?

At least 2,500 works. For example, The Knight in Black by Giovan Battista Moroni or The Madonna of Humility with Two Musician Angels by Zanobi Strozzi, a favourite pupil of Fra Angelico. The collection of lace and crochet from the seventeenth and nineteenth centuries, donated by a well-to-do Milanese family. There was Bruno Falck’s wonderful donation of mechanical watches in 1973 and Margherita Visconti Venosta’s gift of one of the first works of Raphael.  Then Piero Portaluppi’s collection of sundials along with more than 300 pocket watches from the seventeenth century to the nineteenth century collected by Luigi delle Piane. The collections have been enriched, and I’ve tried to accompany this process and solicit donations. Donors have taken the place of the endowment we no longer have, and therefore we’ve had the opportunity take the pressure off of ourselves and open new rooms thanks to a donation by, for example, a 92-year-old woman who wanted the museum to continue into the future with new rooms. 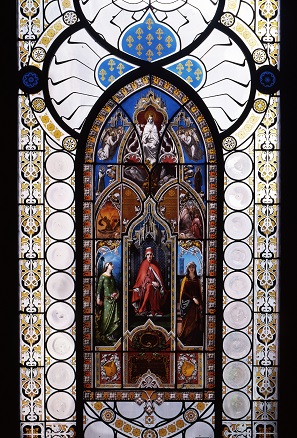 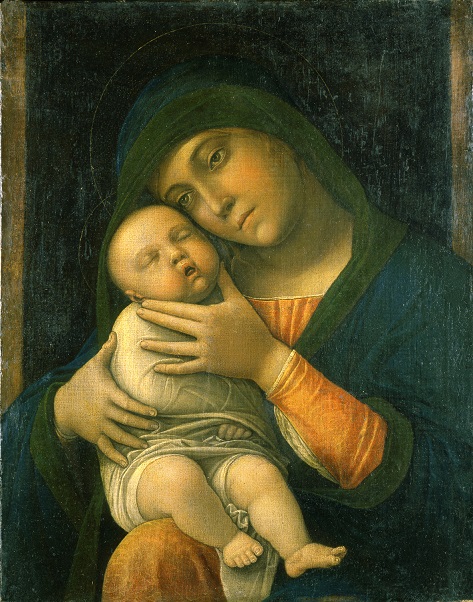 The Poldi Pezzoli Madonna or Madonna with the Sleeping Christ Child is a tempera on canvas painting by Andrea Mantegna dating to around 1490-1500, after the painter’s trip to Rome. 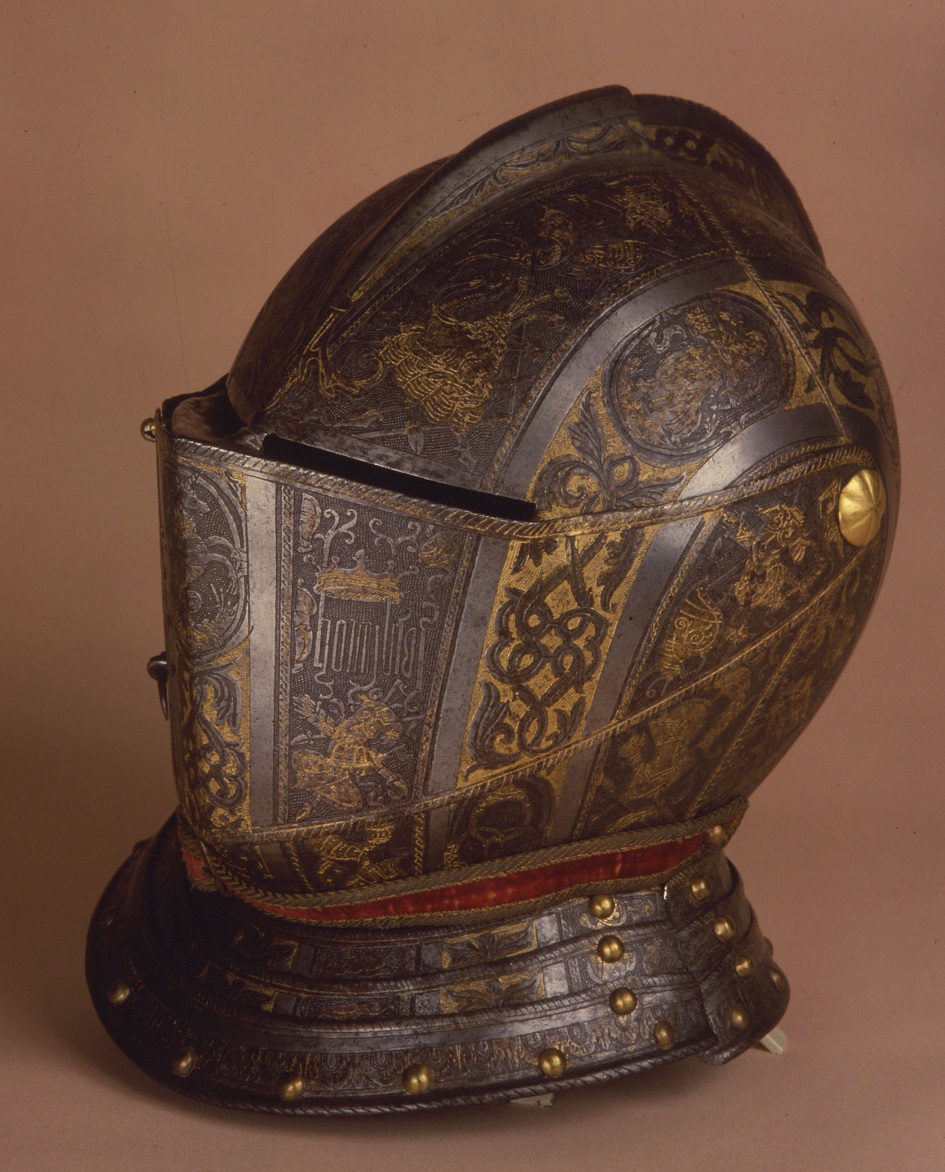 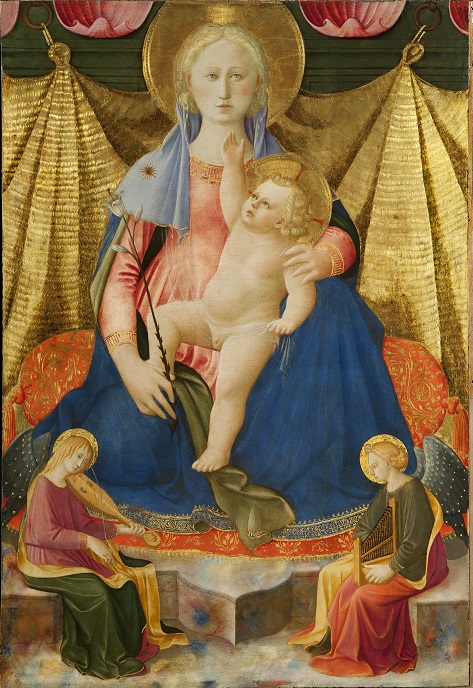 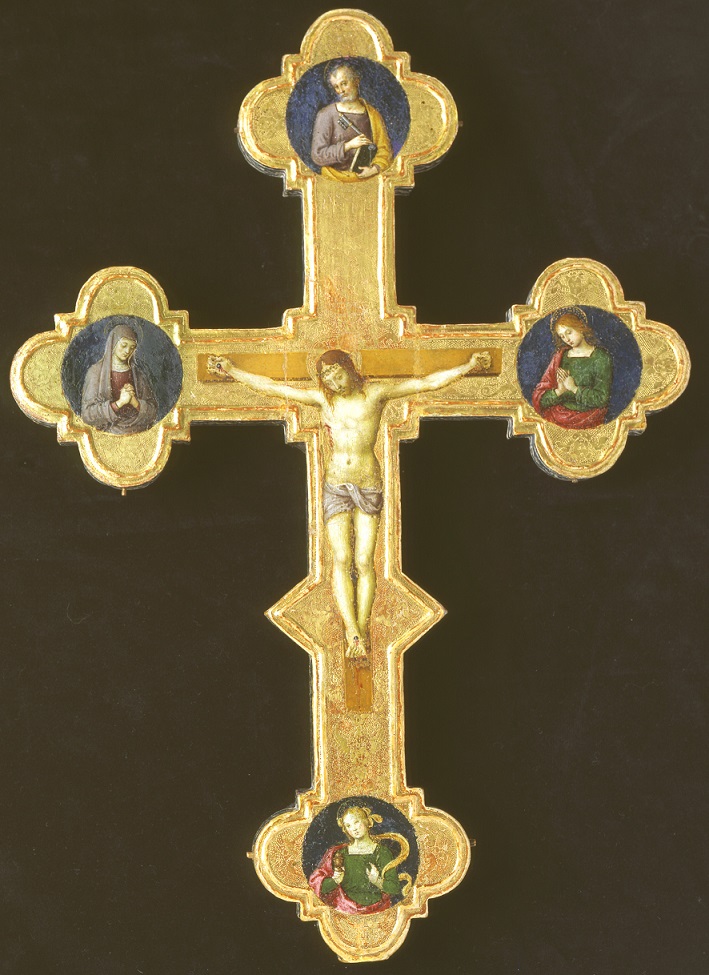 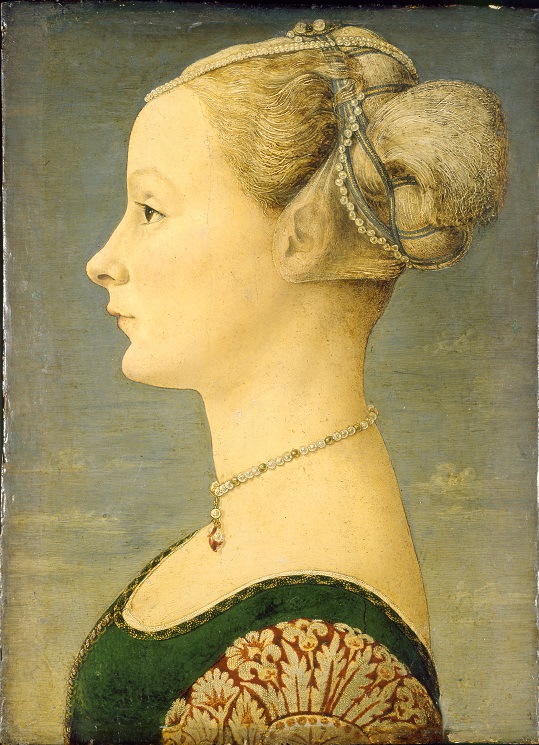 Portrait of a Girl, painting on wood by Piero del Pollaiolo or his brother Antonio, created around 1470-1472

“Tourists seek out the Poldi Pezzoli Museum because it has been a model for all of the other museum homes.”

Would you say this is an elitist institution?

No. Of course, it could seem that way in the sense that Poldi Pezzoli was selective and only collected masterpieces, but actually we’ve chosen to carry out educational activities along with Milan’s State University for all of the schools and to diversify the way we communicate in order to speak to everyone and allow them to get to know these works from the past.

Do you put on a lot of exhibitions?

One important exhibition per year and then small themed shows. Though, all of the works come from our collection. For example, we have the “Romanticism” show going on now through 17 March. This was organized along with Gallerie d’Italia and we are hosting fifty romantic works, and the fact that we can provide the atmospheres of a romantic palazzo is the added value we have to offer. Our mission is to make the most of our legacy, carrying out in-depth research and also conservation. In 2011, the restoration club was created along with the “Friends of the Poldi Pezzoli” association, and they are ambassadors for the museum throughout the world. For the last six years, they’ve been joined by representatives from public bodies who work to raise funds for our museum to support its management, not just from a financial point of view but also in terms of being members of the board. An example of the museum’s cultural policy was the exhibition that we created around Piero del Pollaiolo’s Portrait of a Young Girl in 2014. We spent four years carrying out research and making requests to get three other female portraits from the same artist that were on display at the Metropolitan Museum of Art in New York, the Gemäldegalerie in Berlin, and the Uffizi Gallery in Florence.

Would you say that this museum has been your life’s passion?

Yes. Absolutely. Every time I visit the museum’s rooms, I discover something new because art is limitless.

All images courtesy of The Poldi Pezzoli Museum.

Portrait of Annalisa Zanni, from an original photo by Carlo Pozzoni. 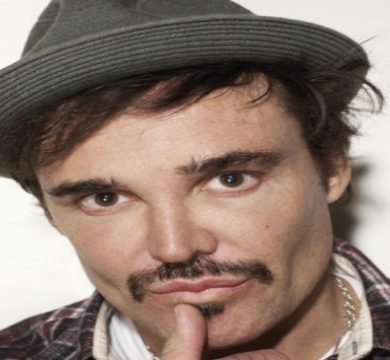 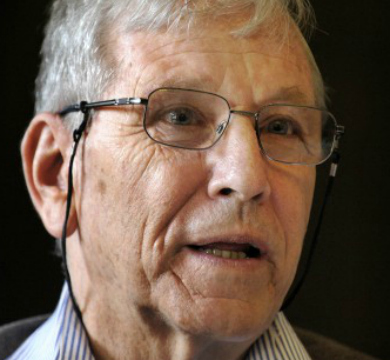 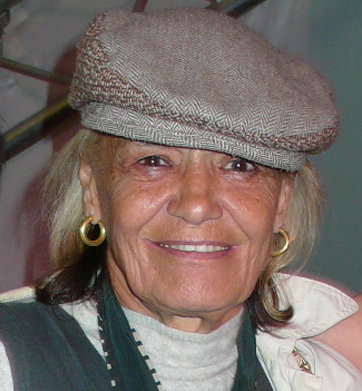