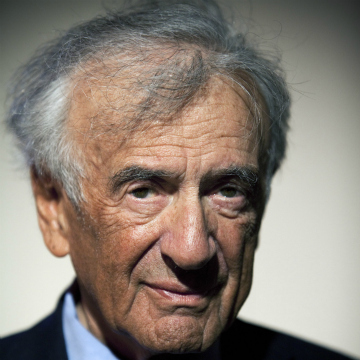 We re-publish this 2014 interview with Elie Wiesel in grateful commemoration of his life and his humanity.

Elie has been a longtime friend  and an example of Jewish life. I will remember his voice, his words, his love for literature. When together we used to speak French. We are going to miss his words and his voice

The Elie Wiesel Foundation for Humanity fights for human rights and peace and is anti-racism. It organizes lectures, conferences and annual meetings with other Nobel Prize awardees like Wiesel.

Wiesel arrives in his office followed by a bodyguard. There are several young people working in his Foundation, which he runs with his wife Marion. He is wearing his Grand Croix de la Légion d’Honneur decoration on the lapel of his navy blue corduroy jacket. Very few people around the world have reached this notably high distinction. 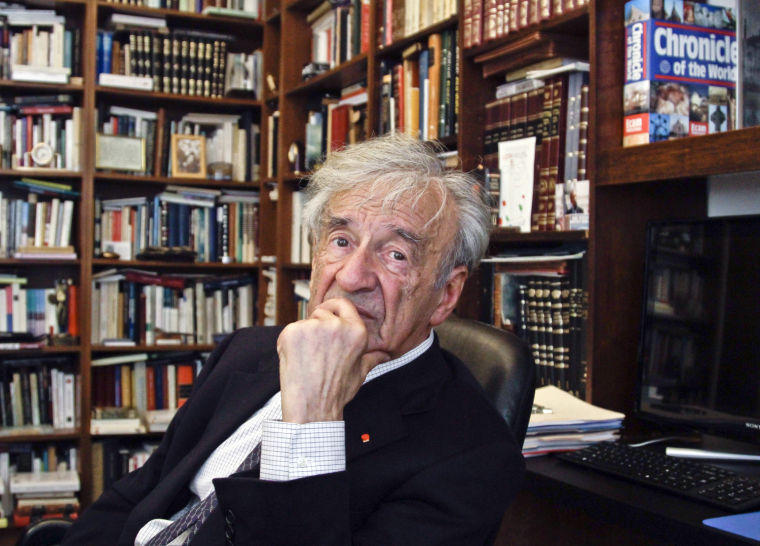 We sit in his office with books all around and start speaking about ourselves, our lives and our thoughts. Then I ask him if he wants to answer some questions for an interview, and he agrees.

Are you writing a new book?

I am always writing a new book. I have sixty volumes published and I have forty manuscripts still unpublished.

Do you always write in French?

Longhand in French, and then I type it on my typewriter with two fingers.

When do you write?

I get up at 5 o’clock and then I write from 6 on for five hours.

And then you start your active day?

I often come to my Foundation to meet with people. We work on all subjects concerning humanity. I often say to Nobel laureates, “We have received more than anyone. We must give back.”

You are a Professor of humanities?

Yes, I have a Chair at Boston University and during the winter I teach in Tampa, Florida. I teach History, Philosophy, Literature, Theatre and I never give the same course. I have been teaching for forty years and sometimes the grandchildren of some of my students have become my students! 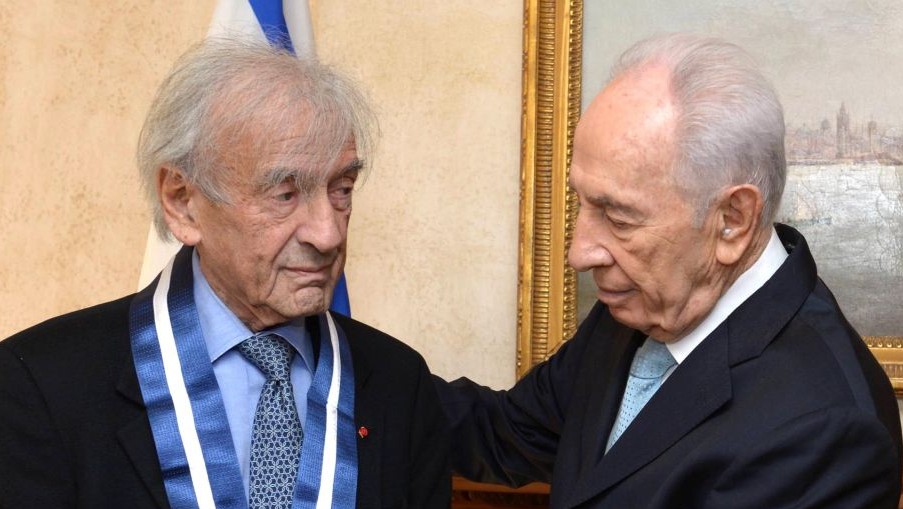 And what about Israel?

I have never lived in Israel, but it is one of the countries of my life. I could have lived without it, but since it became a country I cannot live without it. Whenever I open the New York Times I read about Israel. It is a miracle, every day a surprise. I don’t follow the politics. I don’t want to be involved.

But what do you think about it?

Israel is a democracy. They are surrounded by several hostile countries, we often forget that. Israel has many problems, but it is far from being a dictatorship.

Are you sometimes afraid for Israel?

Of course I am afraid.

Is Russia a dictatorship?

Putin is trying to be and not to be a dictator. I cannot say that he is a dictator. He is not Stalin.

Where does he want to go?

Ask him. His predecessors wanted to conquer ideologically. I don’t think it is the case now.

There is a lot of talk that America is now weaker. Do you think so?

But with some weakness?

It is a living, peaceful, democracy.

I never involve myself in local politics. But, since 1979 when Jimmy Carter was elected President, I have met all the Presidents and defended all of them. I worked for all of them outside politics. None of them has tried to influence me politically.

And the political situation today?

Has not changed much. We are still a democracy. When I came to America in 1956 racism was still a low in the South. Today it is not. The problem was cancelled democratically.

They are also democracies. Ukraine is a democracy. For me democracy is the only way of life. The opposite is dictatorship or anarchy.

I have not been there yet. China is so huge. It is a wealthy nation looking for its own destiny. The rest of the world should make more effort to bring Russia and China closer to America.

I do not think America is isolationist. Ukraine is a recent development. For seventy long years Israel has tried to make peace, but so far did not succeed. Only with Egypt. But I think that peace will come.

But what about the terrorists?

For the moment anyway.

What about the Arabs?

They don’t have a tradition of democracy. The Koran is a great text, but not a democratic one. But the Muslim world is changing, they are learning. They want to be accepted by the rest of the world, but the world does not accept dictatorship.

What about the new Pope Francis?

The last two popes are very good. I am sure I will meet the new pope. He is open, warm. I like what he said about Jews and Israel. 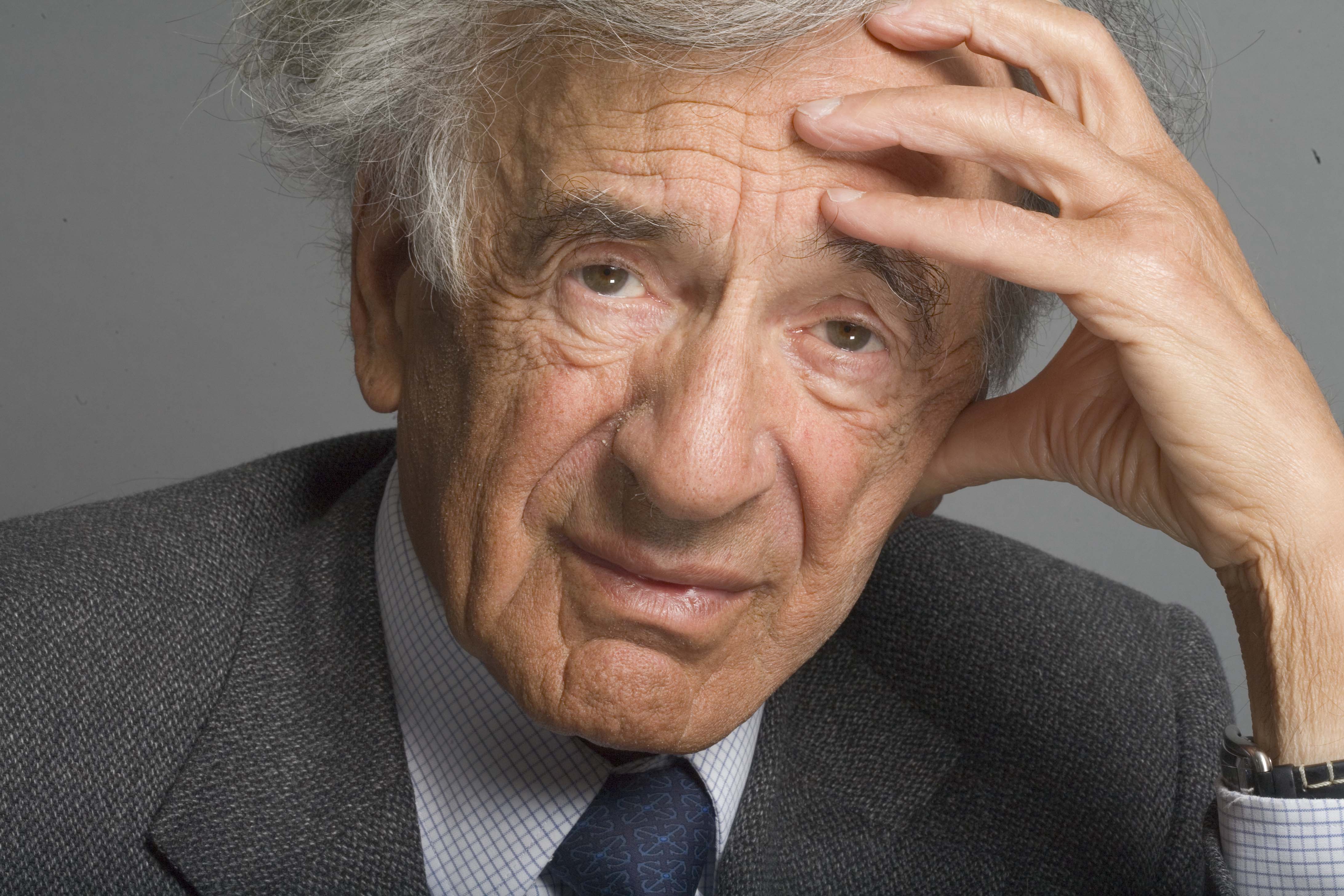 What is your identity?

I am a Jew, a human person and an American citizen, a writer, a teacher, a witness.

Why do you write in French if you are American?

After the war I lived in France for some years. When I arrived, I only knew how to say “Bonjour”, but it became my language. All my books, except the first which I wrote in Yiddish, were written in French. Yiddish was my first language, we spoke it at home. I am an American Jew, French speaking. You cannot write in more than one language. Words don’t come out as well. The discovery of myself after the war was in French.

What occupies you at the moment?

Always the same. What is happening to the world. I know that we are going very fast and I don’t know where we are going. The largest progress has been made in science – in the last 50 years we made more progress than in the previous 500 years.

What about young people?

Young people want to learn, they are thirsty for knowledge, they want to understand and remember. The main thing is to teach them where not to go. Oppression, not to go; dictatorship, not to go; racism and prejudice, absolutely not to go. This is a moral plan.

Yourself, do you feel a happier person?

My God was never happiness, but to understand and be understood. 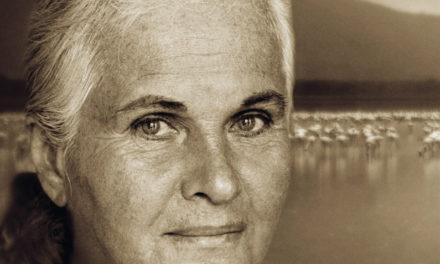 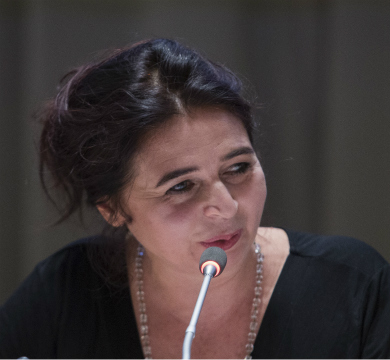