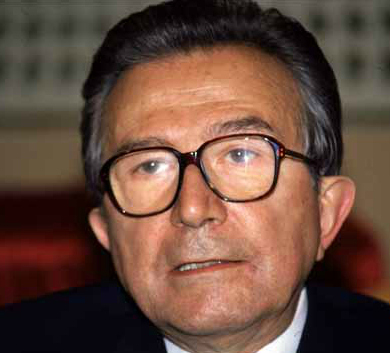 Giulio Andreotti was a Christian Democratic politician who was several times prime minister of Italy in the period from 1972 to 1992. He was one of Italy’s most skillful and powerful politicians in the era after World War II. This interview was made during August, 2004. Andreotti was born in Rome on January 14, 1919, and died there on May 6, 2013. 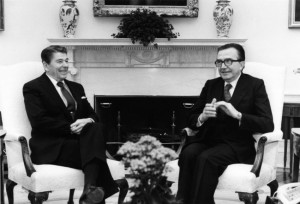 President Andreotti, your preferred holiday locale was Cortina d’Ampezzo for many years. When did that begin and how did you choose to go there?

After going to the Alto Adige region for four or five years with my children – first to a place on the border, then in Toblach, and then in Gherdëina– a Jesuit priest from the Gregorian order told me that in Cortina there were Ursuline nuns that rented out apartments for families in the summer. It was very cheap. My wife Livia went to have a look, and since then we’ve always gone in August. 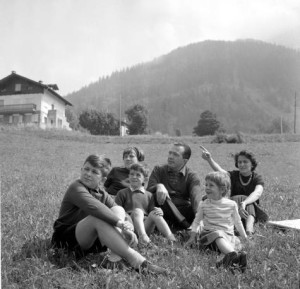 For how many years did you go to Cortina?

Maybe thirty years. My kids are grown and one of my daughters also takes my grandchildren. Now, for my wife and I,  perhaps it’s a bit too high up. Our children are big, as are our grandchildren. So we no longer go.

Where do you go now?

To San Felice Circeo, where my children have a little house. It’s very close to Rome. It’s a compromise for my allergy to the sea. I used to go to my grandfather’s house in Terracina. I was ten years old when I got my first headache. We were like savages. We’d stay on the beach from 8 o’clock in the morning until sundown. But perhaps I inherited that headache from my mother and my grandmother. It was an organic headache. 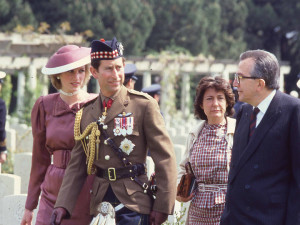 With Prince Charles and Princess Diana at Anzio

So have you made your peace with the sea?

Yes, also because we are fifty metres from the beach. In the early morning I go to mass. I buy my newspapers, and then I sit under the pine trees all day. I live a very sedentary life. Of course I have nostalgia for Cortina. There it wasn’t just about taking hikes. There were literary presentations as well.

Did you keep company with Indro Montanelli?

I kept company with him, as well as with Vittorio Gassman who had gone to secondary school with me at Tasso, where he was much admired as an extremely good basketball player.

With whom did you take those hikes?

With Livia and the children, then at times with others. But I wanted to spend as much time as I could with my children because I didn’t see them enough during the year. And I didn’t get swept up in the glamorous life because I didn’t want to stay out late at night. 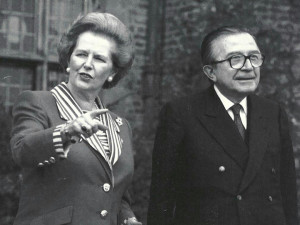 Yes, with a few friends. In the early years, we played Hearts and then later it was Gin. On Sunday afternoons I still play cards in Rome.

What about your passion for horses?

That began when we were at secondary school. A friend of mine had an automobile, which was something quite incredible at the time, and on Thursdays and Sundays we went by automobile to the Capannelle racetrack. I always liked going to the races. One day, a grey horse named Libano came in first place, but they said it had come in second. We complained, shouted, and threw gravel at the placing judge. This was in 1936. Eight years later, I met that placing judge. It was Alberto Folchi, who became a Christian Democrat deputy and then Minister of Culture.

You seem to have always had time for enjoyment in your life?

Yes. Now I’m older, but on Sundays we still get together to play cards with a schoolmate and his wife who has become friends with my wife. And I also like to read a lot. I devour books. 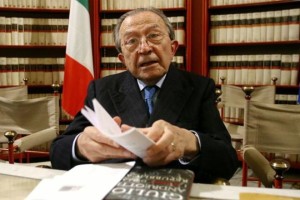 When do you write your books?

I wrote the third book of profiles of deputies of senators. Then, as many know, I’ve kept a journal for a very long time. This year I had the idea to take a year from the journal and turn it into a book. I chose the year 1947. I tell about De Gasperi’s trip to America. Then, in May, there was the governmental crisis and I became undersecretary to the Prime Minister’s cabinet until 1954 – first with De Gasperi and then with Pella. From February 1954 to July 1955 I was only a deputy, and then I was Finance Minister with Segni in 1955. The experience that really had the biggest impact on me was from the end of the 1960s until 1972 when I was president of the parliamentary group of the Christian Democrats. I really lived the political life then, and it was good for me not to just be a governing bureaucrat. I did it with a lot of political enjoyment. 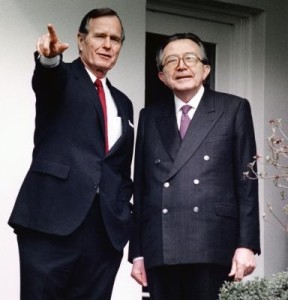 Do you miss life as a minister?

Sometimes I may have nostalgia for the international life. I was pleased to see that there was an homage paid to Ronald Reagan. Those were important years in which we were able to demonise nuclear weapons. I never had any hesitation in my political career about the relationship Italy should have with the United States. I always looked at it in a relaxed manner and not standing at attention. There are certain things we can absolutely understand better than they can. I worked well with Bush’s father as well. In the hard years, during my judicial crisis, I went to New York and he invited me to join him and his wife at their ranch in Texas. We have always had a good relationship. 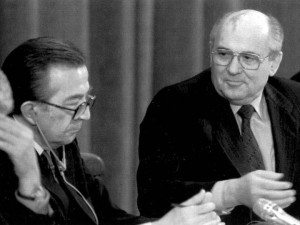 Was politics always your first love?

Yes. Immediately after graduation, De Gaspari grabbed me and pulled me into the clandestine Christian Democrats. I was considering everything except politics. Now I’ve been in the political system more than sixty years. This year we are celebrating the fiftieth anniversary of De Gasperi’s death. On 30 August, there will be a commemoration in the German Senate and Pera, the President of the Italian Senate, will participate as well. 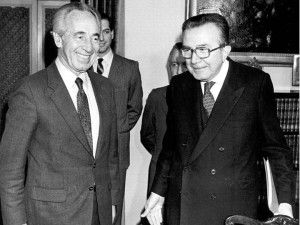 When you are on holiday, are you able to relax and to distance yourself from politics?

No. I read the newspapers a lot. I keep up-to-date. Of course I get away from the nitty-gritty of politics. Today I don’t participate in party life. I go to a lot of Round Tables, especially in universities. Another thing I do at least twice a month is respond to the questions that students send me, those students that need information for their theses. I also like to maintain relationships with people that don’t think like I do. Friendship comes before politics. From the time I was a child, I’ve been friends with Paolo Bufalini who was active in the Communist party. Politics should never try to win out at all costs. We need to get that sense of political dialogue back. We have adversaries in politics, but they aren’t enemies. 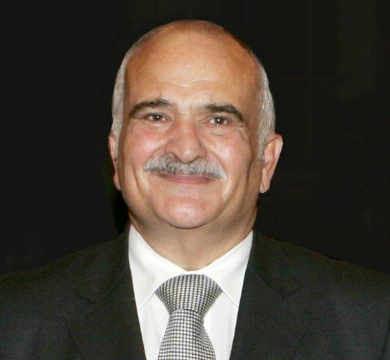 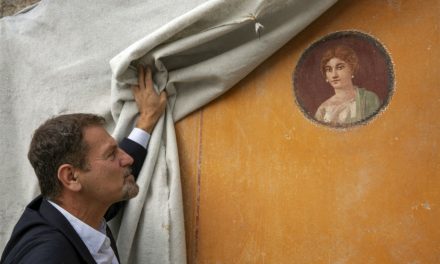