We republish this Classic Interview in recognition of Holocaust Memorial Day 2017.

The interview with Peter Lantos took place at the London Library in St James’s Square in London.  He is a Holocaust survivor from Hungary and has lived in London for 45 years. He writes in English and is now retired from his medical profession.

Dr. Lantos, you know the Russians very well because of your experience after the War. What do you think will happen in Ukraine?

It is difficult to know, because of the complex position of the country.  It is sort of divided in two parts, between the Eastern Russian speaking and the rest. Some of which was taken from Poland when the border moved to the West after the Second World War. That is why there is a strong sentiment to move near to Europe in the West, as opposed to the East which wants to have closer ties with Russia. The situation is probably complicated by the fact that the base of the Russian fleet in the Black Sea is in Crimea – which is part of the Ukraine. The temptation for Putin to interfere must be great; which one hopes will fall short of invasion. I am not a Russian expert but I have seen that happen, in Hungary in 1956; and I also witnessed Czechoslovakia in1968.

Nothing has changed since the fall of the Soviet Union?

Yes, but not in the way we in the West think it should have. We expected Russia to become a Western-style liberal democracy.  But Russia does not have a tradition of democracy.  A feudal state became an absolute communist dictatorship for 70 years. So the traditional institutions of democracy are not present.

So what is going to happen?

I hope there will be a compromise.

What about anti-Semitism over there?

I don’t know. But I do know about anti-Semitism in Hungary unfortunately.

In the sense that there is a trend of increasing anti-Semitism in Hungary. I can’t speak of other countries. In Hungary, which I now visit once a year, there is a centre right government and the problem is that there is an extreme right party called Jobbik which is anti-Semitic, xenophobic.  And the tragedy is that they represent 17% of the popular vote.  They asked for a list of prominent Hungarian Jews in public life who may be a security risk for the country; and that request was made in the Hungarian Parliament.

You were a child in Makó, a Hungarian city, where in 1944 you were deported with your parents by the Nazis to the concentration camp of Bergen Belsen. You wrote about your experience in the best seller Parallel Lines published by Arcadia Books?

In fact we were deported by the Hungarians under Nazi supervision, because Germany invaded Hungary on the 19th of March, 1944, and that started the Final Solution in Hungary. There were already anti-Jewish legislations in Hungary before that, in 1938. We only started to wear the yellow star in 1944.

Why do you think that the Jews in many countries did not go away before what happened?

Because it seemed unbelievable that 11 million Jews, who had a normal life in different European countries, would be murdered in an industrial way in the middle of Europe. It was unthinkable that it could happen.

After the war people did not want to know about this from the Holocaust survivors?

When my mother and I, my father died in Belsen, came back to Hungary we never talked about this. It was only when I became a teenager that I started to ask questions.

Because after the war in Hungary we had a Communist Dictatorship, and the whole event was packaged as the crime of Fascism.  The extent of what had happened was not fully appreciated until the early Sixties.

Do you think that the memory of the Holocaust will be cancelled?

It will be an historical fact. The reason why I decided to write, for myself, a recollection of what happened was this: as a child my memory was limited.  So I went back to all the places where we had been in 1944 and 1945. And that is how I met some of the people who were also there.

The communist regime was as bad as the Nazi one?

It was very difficult to live under the communist regime, but it was not exactly the same. Only in 1954, 1955, after the death of Stalin, did it start to become more liberal.

Why did you move to London?

I was lucky that I got a Wellcome Fellowship as a junior medical doctor in 1966.  But I could not leave Hungary before 1968.

Then you became a researcher, specialising in the brain?

Yes, I started to work on brain tumours and I got a PhD from the University of London in 1973.  I was appointed Senior Lecturer and Consultant in 1976. In 1979 I was appointed to a Chair in the Institute of Psychiatry.

You specialised in neuro-degenerative diseases, including Alzheimer’s, Parkinson’s and others?

Yes, and in one disease called Multiple System Atrophy (MSA, like Parkinson’s) with a Hungarian colleague.  We described a change in the brain which is hallmarked by what are now called Papp-Lantos bodies.

What is your relationship with your Jewish identity?

I always felt Jewish, and the fact that I was in Belsen made it more obvious.  But I have never been religious. When I retired from medicine I had a list of things I should have done and I hadn’t. Two things are relevant; one was the memory of Belsen, to try to reconstruct what happened; the second was to have a Bar Mitzvah, which I did not have in Hungary. So I did it before my 70th birthday and I had it.

How do you feel in England?

I feel quite at home, perhaps because I had all the chances in this country. The British gave me what I would not have had in Hungary, where I would never have held a University Chair, however good I could be.  This was because my family was regarded as capitalist, because they had an enterprise.

What are your concerns today?

There was a moment of euphoria in 1989 after the collapse of Communism and one thought that Europe would have been a more quiet and peaceful place. Unfortunately, it has not happened. Yugoslavia was the first terrible example; Georgia, Ukraine are others. If one wants to be pessimistic look at North Korea. There is a very long list. But one has always to hope that things will turn better. 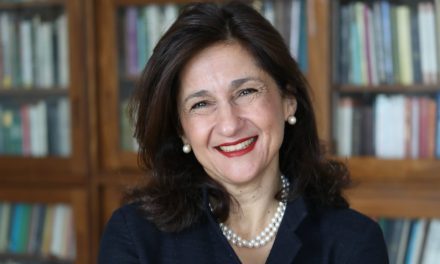 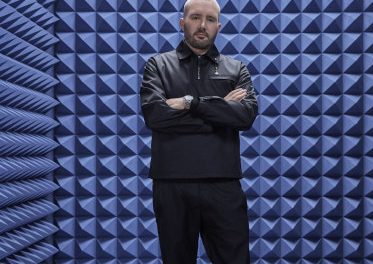 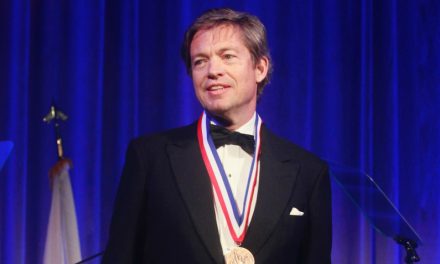